The first electric Porsche is a four-seat sports car with up to 750bhp and more than 200 miles of range. What Car? readers give their verdict...

The Taycan may be Porsche’s first electric car, but it’s still very much a proper Porsche. Just look at the spec sheet; even the cheapest model (for now, at least) makes 523bhp. Or how does 750bhp and 0-62mph in 2.6sec sound?

Having driven the Taycan already, we also know that its handling is very much in the vein of the 911 and not so much the Tesla Model S. But, thankfully, the scintillating performance doesn’t come at the expense of efficiency; the Taycan has an official range of between 207 and 288 miles, depending on specification.

In addition, it’s the first electric car to use an 800V architecture, meaning a 350kW public charger can refill its battery in as little as 20 minutes. But will it make readers excited to go electric? 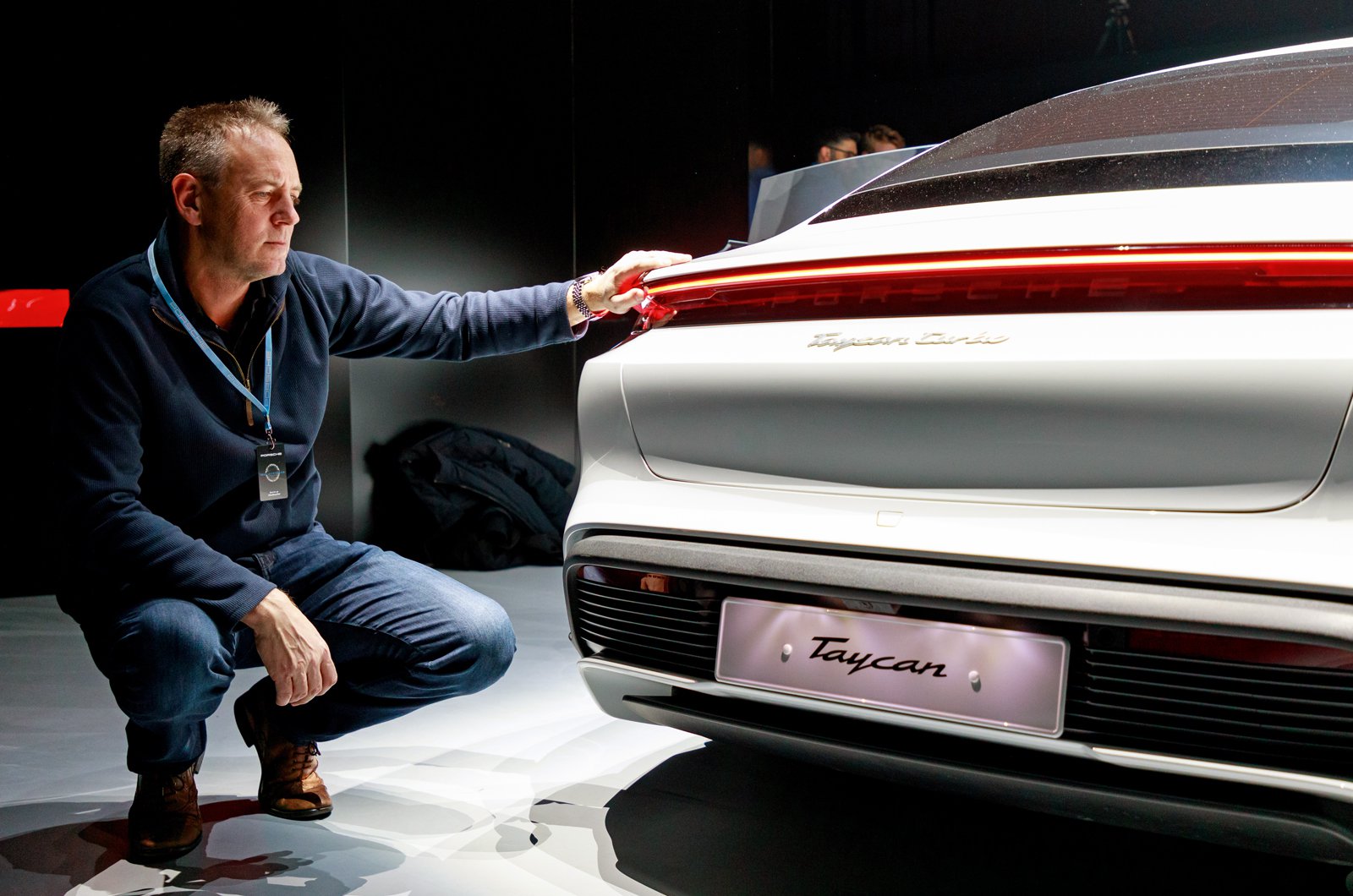 “I like the design of the Taycan. Porsche has done a good job of making it look like a Porsche, thanks partly to some 911 cues.

“I’m not entirely convinced about the move to electric cars, but that’s largely because the charging infrastructure isn’t there yet; most of the time, I do short journeys, so I could run a Taycan without much trouble. The range would matter maybe twice a year for most people.

“I think manufacturers like Porsche coming into the electric market will make a big difference. The whole brand and the brilliant build quality make it far more appealing than a Tesla Model S. 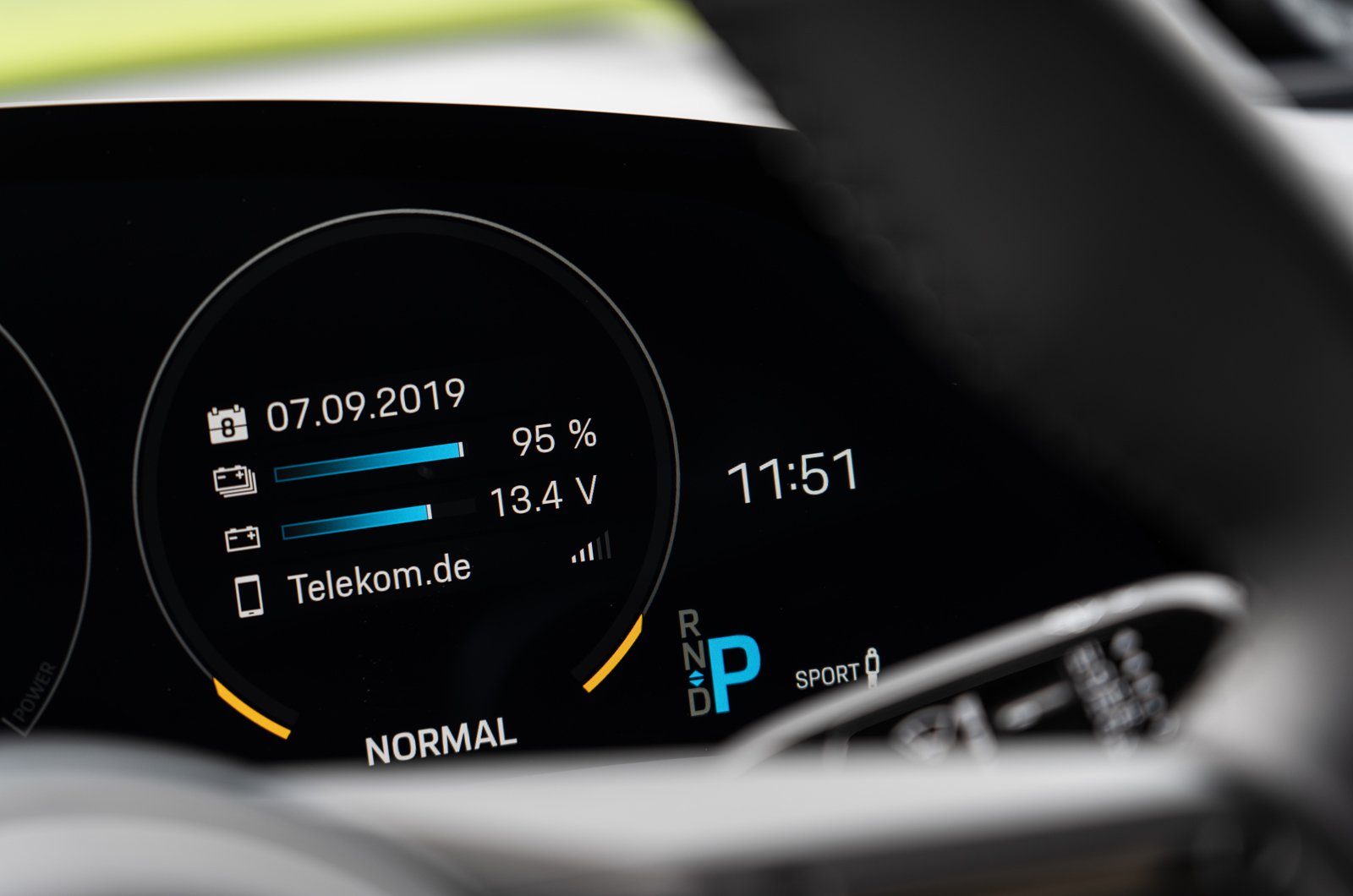 “The Taycan’s performance sounds epic as well, yet it should still be very economical, unlike my petrol-powered sports cars.

“The interior is very nice – very similar to that of the latest 911. The seats are nice and low and the steering wheel the same, so it feels like a sports car from inside.

“I’d have gone for more of a mix of physical and touch controls, though. Touchscreens are fine for more intricate functions, but a simple button is much better on the move. I do like that you can get a head-up display, though.” 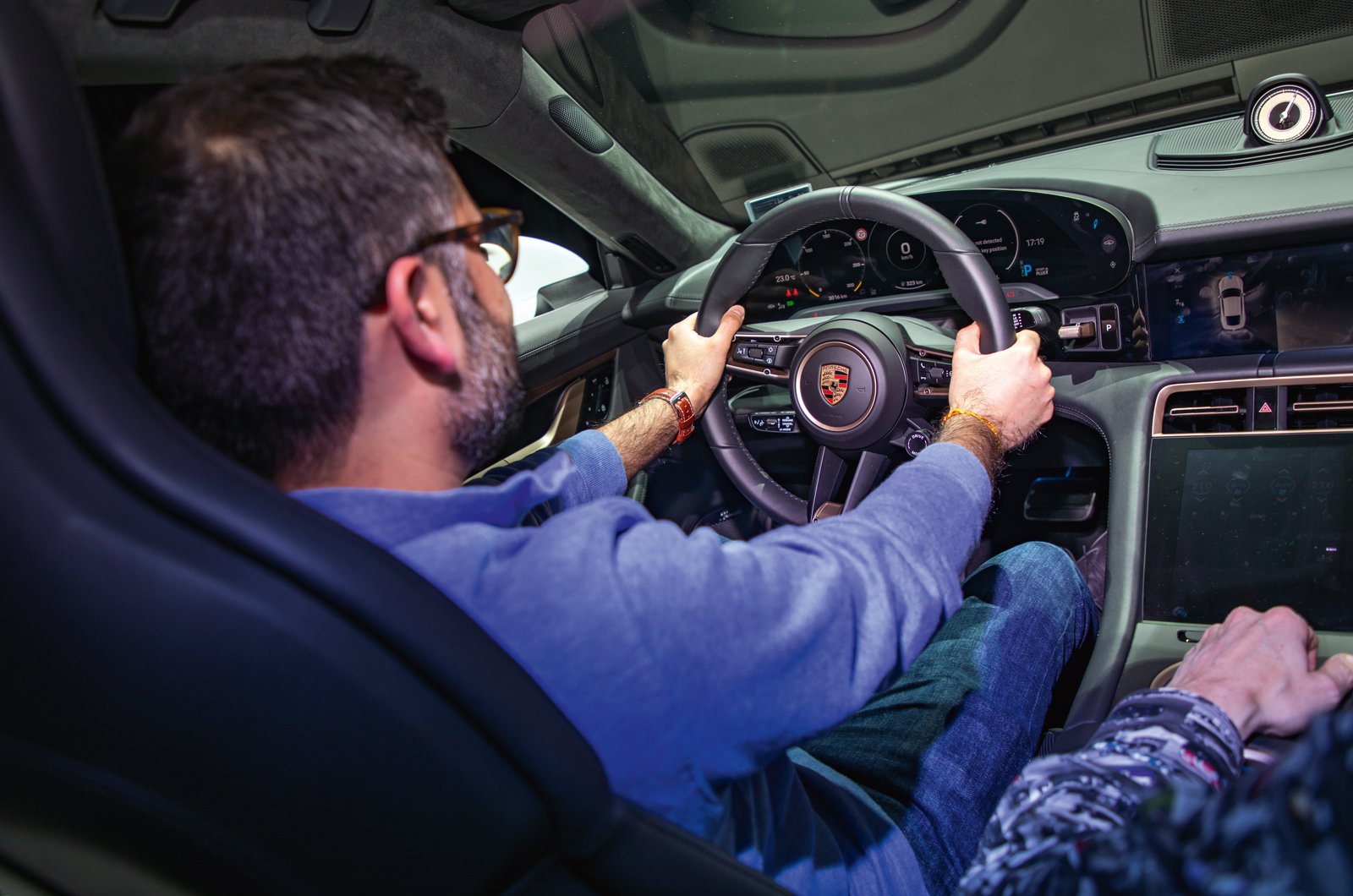 “The Taycan represents the future of technology. For me, it’s the first electric car that’s appealing in its own right.

“The design is stunning; it makes Teslas seem plain. It has the spirit and soul of a ‘proper car’, and it looks futuristic without becoming alien.

“The ultra-fast charging and long range mean you could live with it daily, but you can also enjoy the Porsche side of it, because it has great performance and, I’m told, sports car handling. 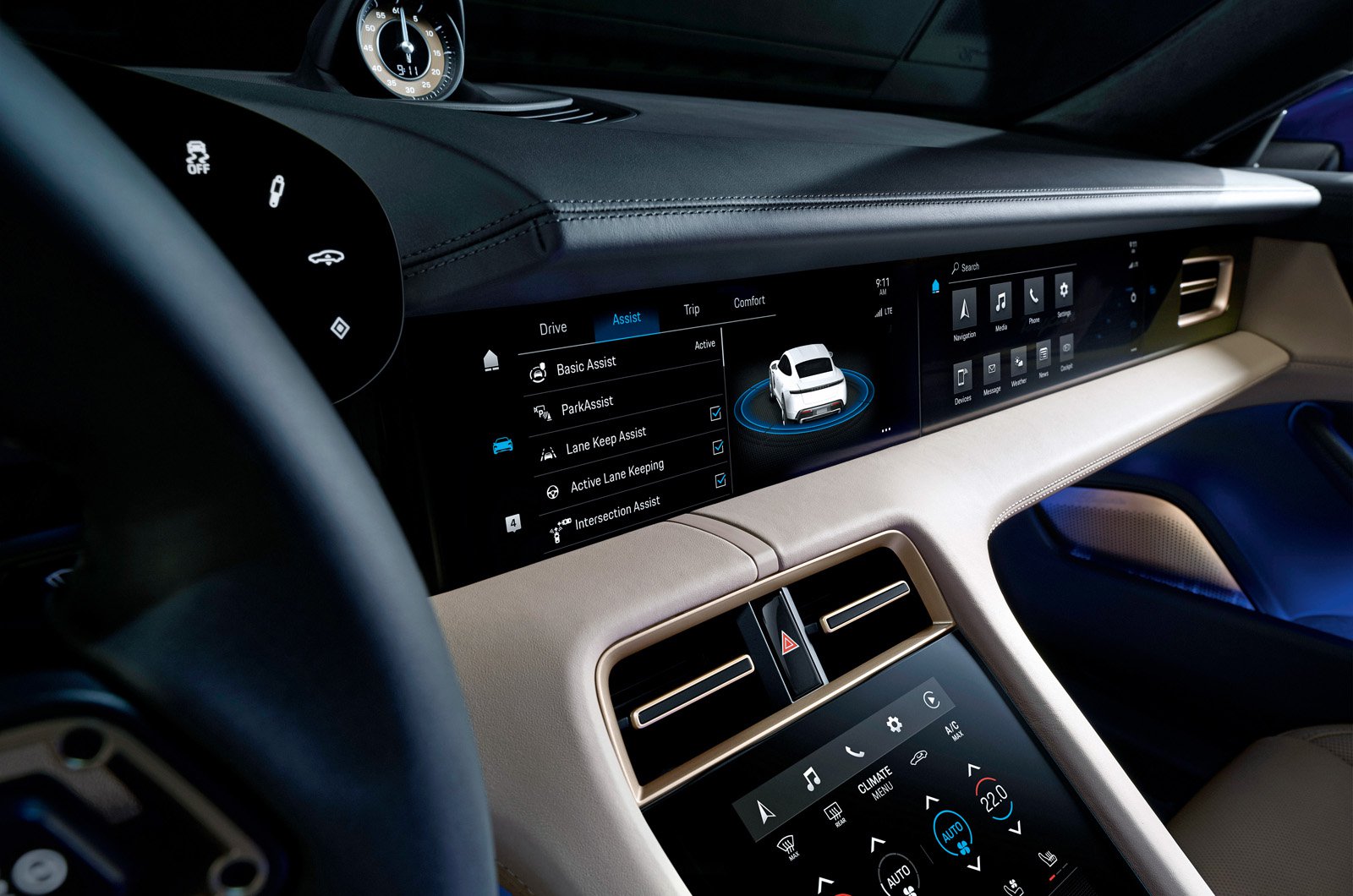 “I commute 50 miles per day, so even the Taycan’s shortest range of 207 miles would be enough. Still, I’d feel more at ease with the 250-mile model, but then that would have a significant cost implication.

“All the screens inside are cool; the concave instrument display is very intuitive, and it’s good that the touchscreens give haptic feedback. I’m not sure the second touchscreen for the front passenger is necessary, though.

“My criticisms are that the leather could feel more premium and the back is a bit cramped; I was only just comfy, at 5ft 8in tall. The boot is a lot smaller than what I have at the moment, too.” 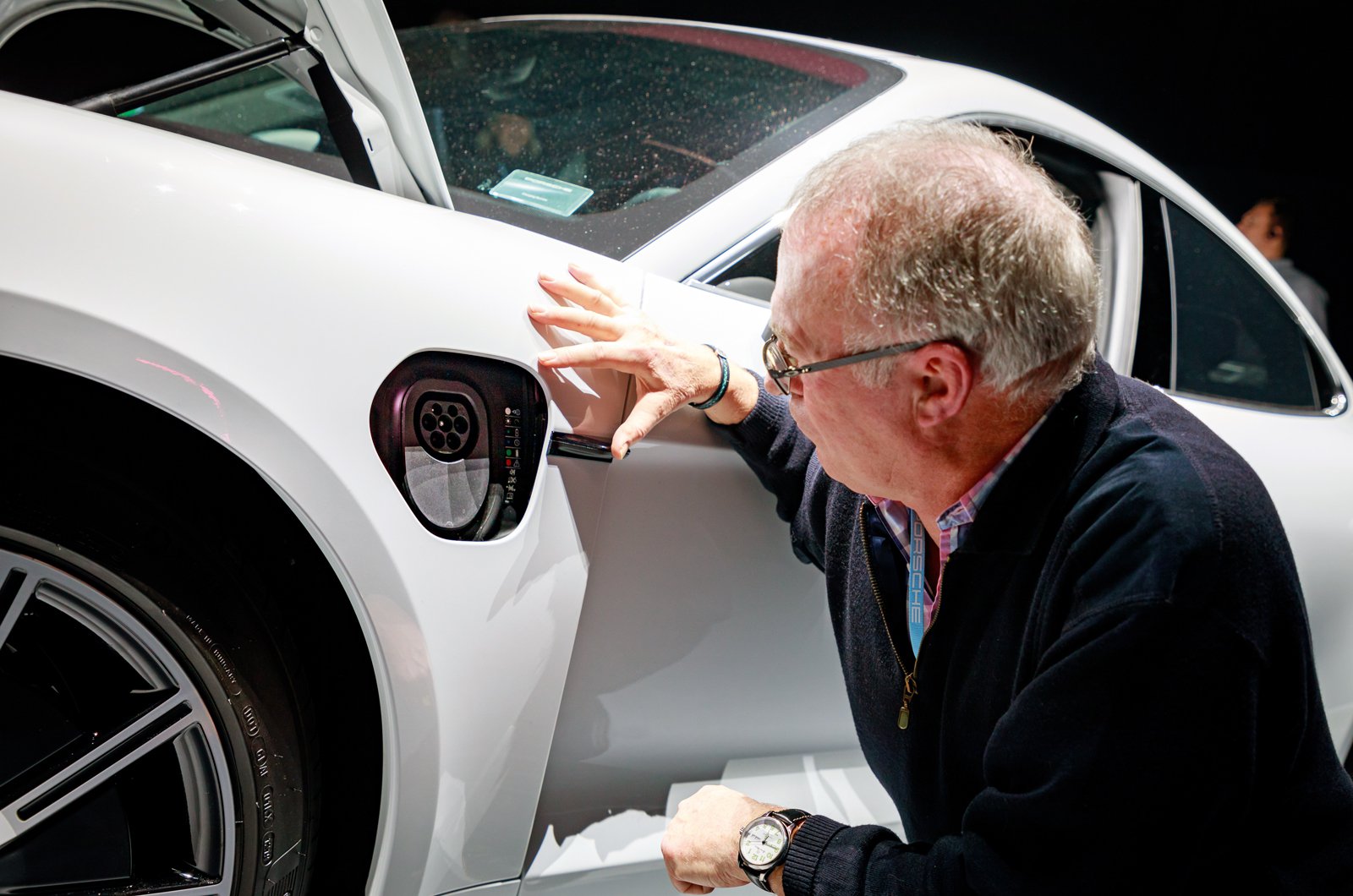 “The design of the Taycan is spot on, because Porsche hasn’t tried to electrify an existing model. It was an electric car from scratch. Yet it’s still obviously a Porsche, and I think it’s better looking than both the electric Jaguar I-Pace and the conventional Porsche Panamera.

“I also have no doubt that the Taycan beats the Tesla Model S for build quality and driving experience. But would I spend £80k on it? I’m not sure.

“The Taycan would certainly suit wealthy people living in big cities, but it wouldn’t be practical for me in the countryside – not least because it’s 2144mm wide. 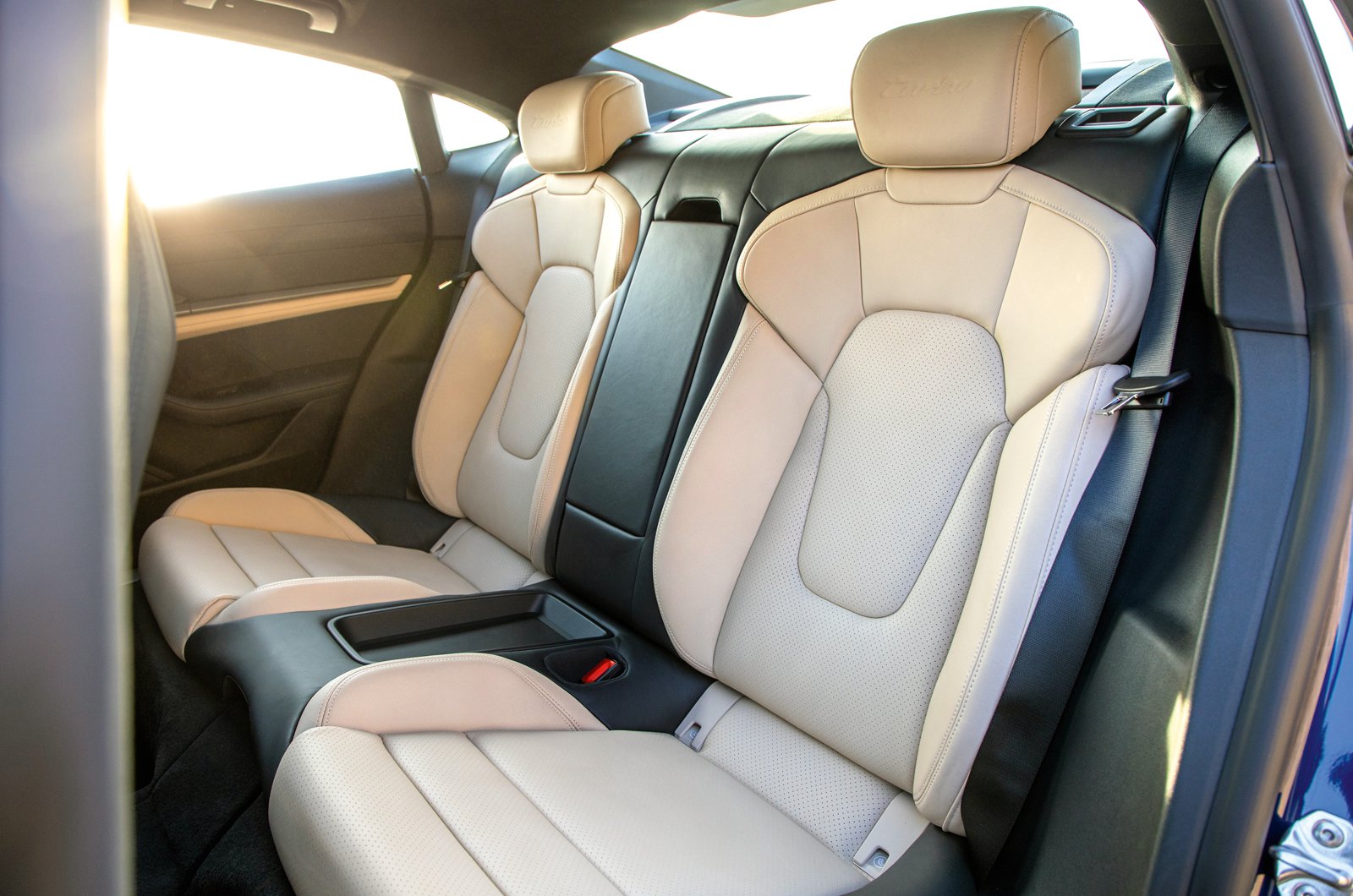 “That does mean it’s spacious enough for four people to go on holiday in it, though, provided they pack carefully.

“The range wouldn’t bother me too much, because how often do most people actually drive 200 miles in one go?

“As a halo model, and as an electric car, the Taycan is a tour de force. However, I can’t see how you could sensibly use 750bhp. That’s almost too much, really.

“The interior is very comfy, and I really like the ‘cockpit’ feel. I’d rather have buttons, though; I’m not a fan of touchscreens.” 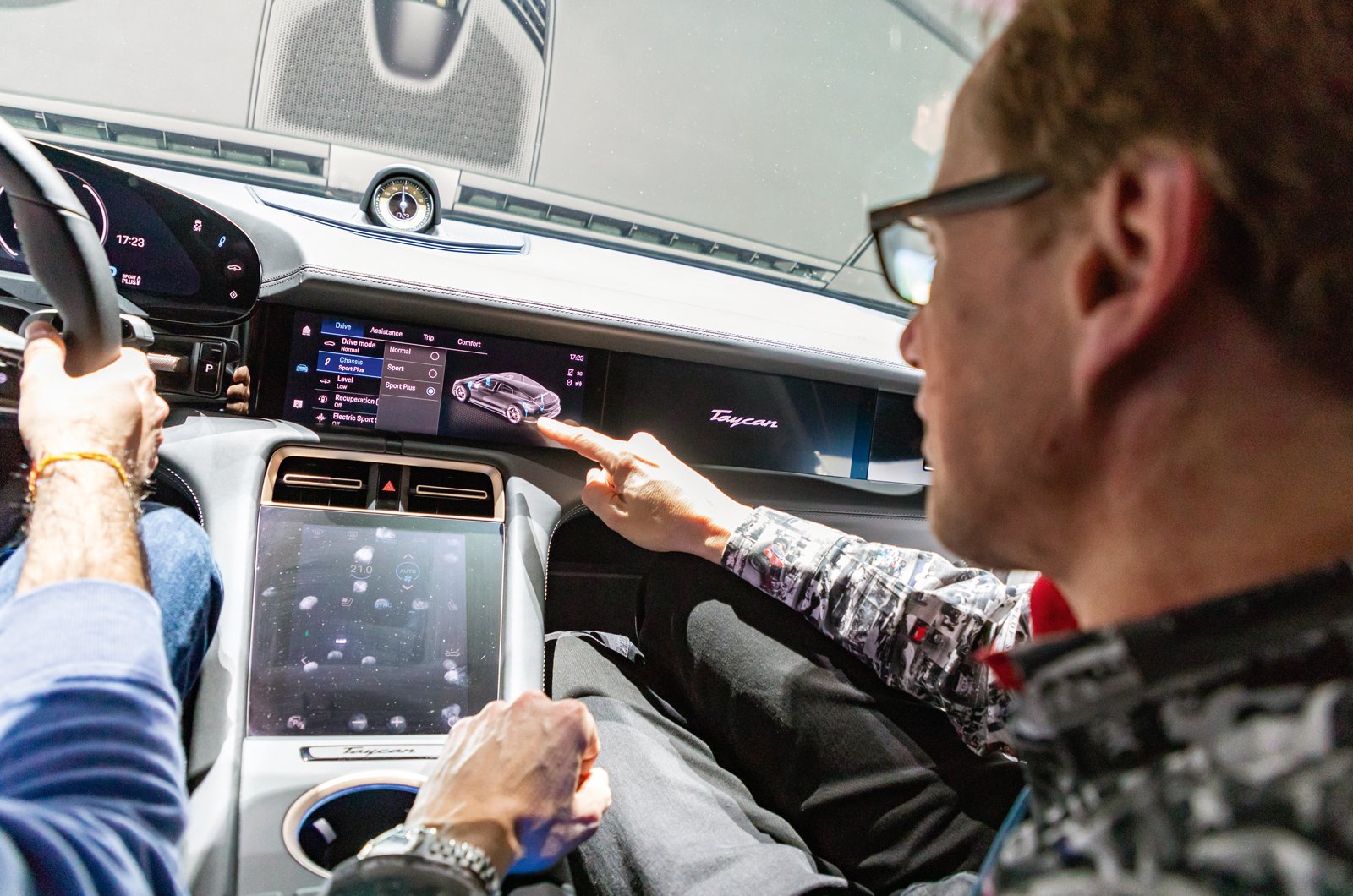 “Electric cars are the future for sure; once the charging network is fully developed, more and more people will want to switch.

“I love driving my plug-in hybrid on electric power, because it’s so smooth, quiet and stress-free, especially in town. To have that all the time would be great.

“Range is an issue, though. I’ve noticed how much less I get in winter, so could a Taycan always cope with my 200-mile journeys? And home charging is 7kW at best, so I doubt you can charge fast enough to do two reasonably long trips in one day. 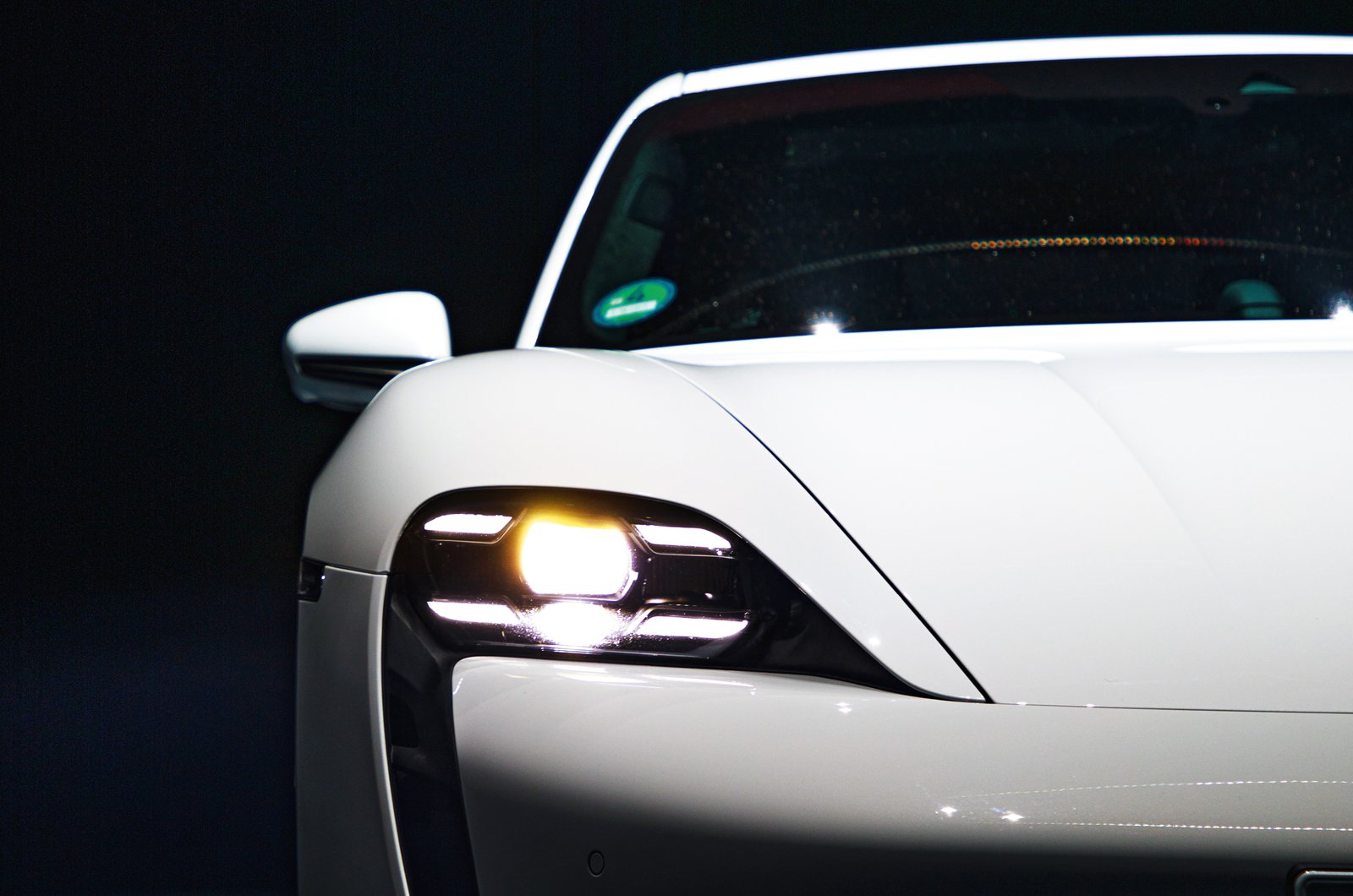 “The interior is beautiful and really high in quality. It has the feel of a grand tourer – a sports car with rear seats.

“Even the rear seats are really comfy and supportive; no one is short-changed. There’s enough space in the front, no doubt, and the low driving position is great.

“I like that the touchscreens give haptic feedback, reassuring you that they’re responding to inputs. Porsche has managed to integrate a lot of tech without losing that distinctive feel. Wireless software updates sound amazing as well, because your car will be kept up to date.” 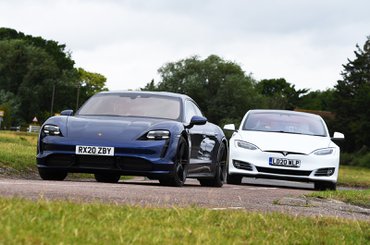 New electric Porsche is a four-seat sports car with up to 751bhp. But is it better than the bonkers-fast Tesla that made electric cars desirable in the first place?