Run by: Will Nightingale, reviews editor

Deputy reviews editor John Howell thought he'd found the perfect car to accompany him on a week away from the office. But things didn't go to plan...

Unless I’ve completely misunderstood the mood music, everyone at What Car? rather likes our Volvo XC90 T8. Including me, but why?

It’s not perfect, most notably because of the firm edge to its ride. Yet it’s still a car that I look forward to climbing aboard. I think it’s the idea of sinking into the soft, nappa-leather, stretched over those extraordinarily cradling seats that produces a sense of wellbeing; like shutting a door on the stresses of the outside world and breathing easy.

Well, that’s how I felt when I left work in what I affectionately call the ‘Brown Behemoth’ to start a week’s holiday. Best laid plans…

Normally, the combination of the T8’s electric motor and petrol engine is a surprisingly sprightly one, but not this time. Coming on to the M3 I popped my foot down expecting the usual vim and vigour, but the power simply flat lined, like the engine was in cardiac arrest. 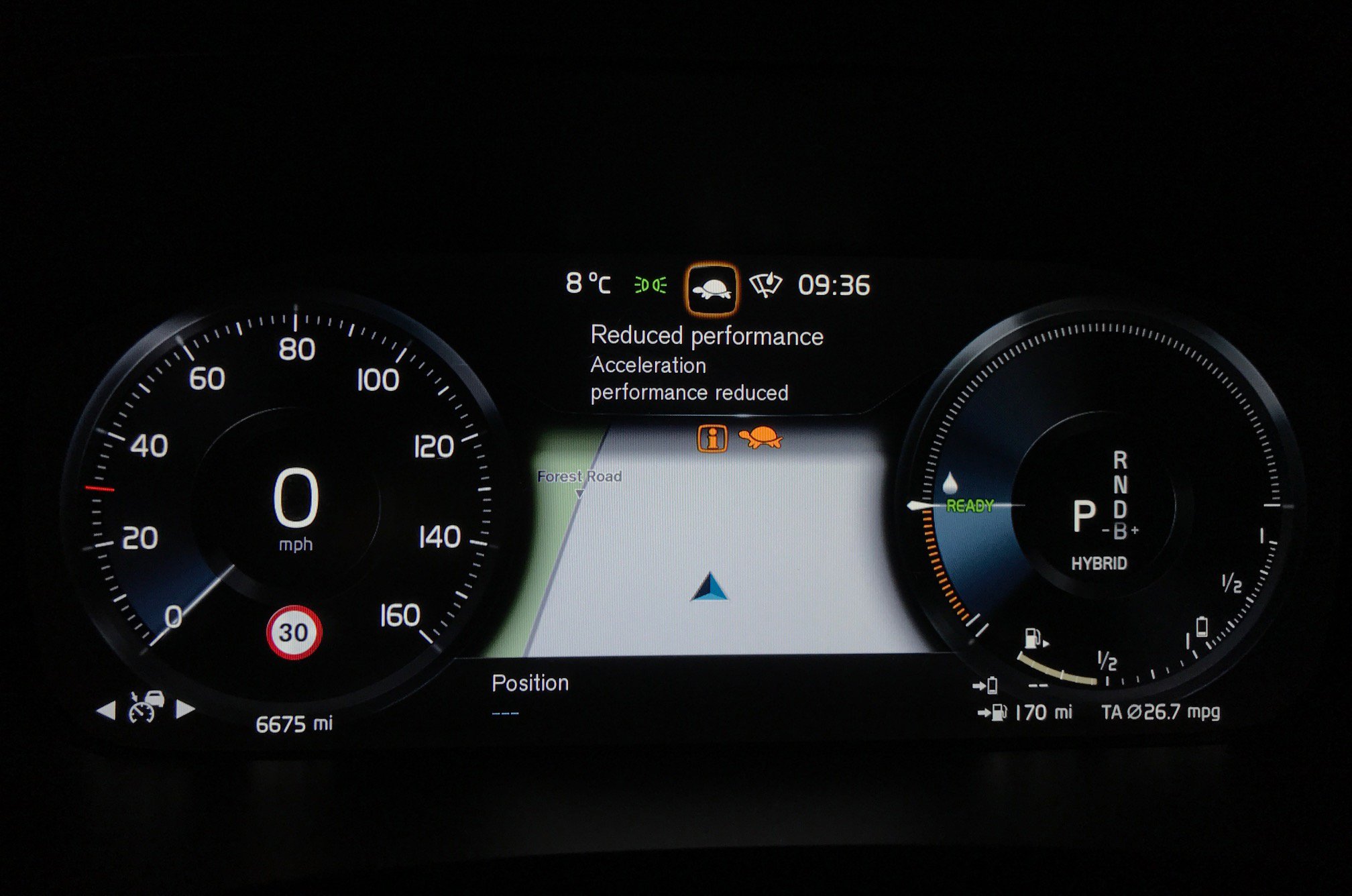 Then I looked down at the instruments and saw the orange turtle of turmoil beaming back at me — a metaphorical symbol that the accompanying words ‘Reduced performance’ seemed to render rather redundant. My heart sank. Yes, the XC90 was broken, as were my holiday dreams.

Nevertheless, I kept on driving: partly to stick my head in the sand and refuse to believe this was happening; and partly because I was still moving, so avoiding the perils of the hard shoulder seemed eminently sensible. But, as Mark Twain intimated when he wrote, ‘There’s been a lot of tragedy in my life, and some of it actually happened’ things aren’t always as bad as they seem.

The car was clearly sick – at times it was averaging about 10mpg – but I made it home by driving around the problem (not accelerating too hard, basically).

What's more, Volvo Assist were able to loan me a lovely V90 Cross Country, which did the job just fine, while the T8 went off to the nearest dealer. It’s due to return shortly, which, it turns out, is what its hybrid battery did – a short in one of its cells caused the issue.

Has it dented my love of the Brown Behemoth? A little, perhaps. But as it didn’t leave me stranded, I am happy to cut it a bit of slack.