Reviews editor Will Nightingale says a fond farewell to his Volvo XC90 T8, and ruminates about some of the oft-overlooked advantages of electrified car ownershi...

Needs to: Prove as relaxing and practical on short trips around town as it does on long motorway jaunts

There are plenty of sensible reasons to buy an electrified car, whether that’s one that runs purely on battery power or a plug-in hybrid like our Volvo XC90. But actually it’s these cars’ ability to make themselves nice and toasty inside before you hop aboard that I reckon is perhaps most underrated.

Bear with me here: I’m clearly not trying to equate the importance of avoiding a chilly entrance with that of slashing CO2 emissions – or even with the potential tax savings on offer, particularly for company car drivers. But it’s one of those small pleasures in life that I doubt is even on the radar of most potential buyers. 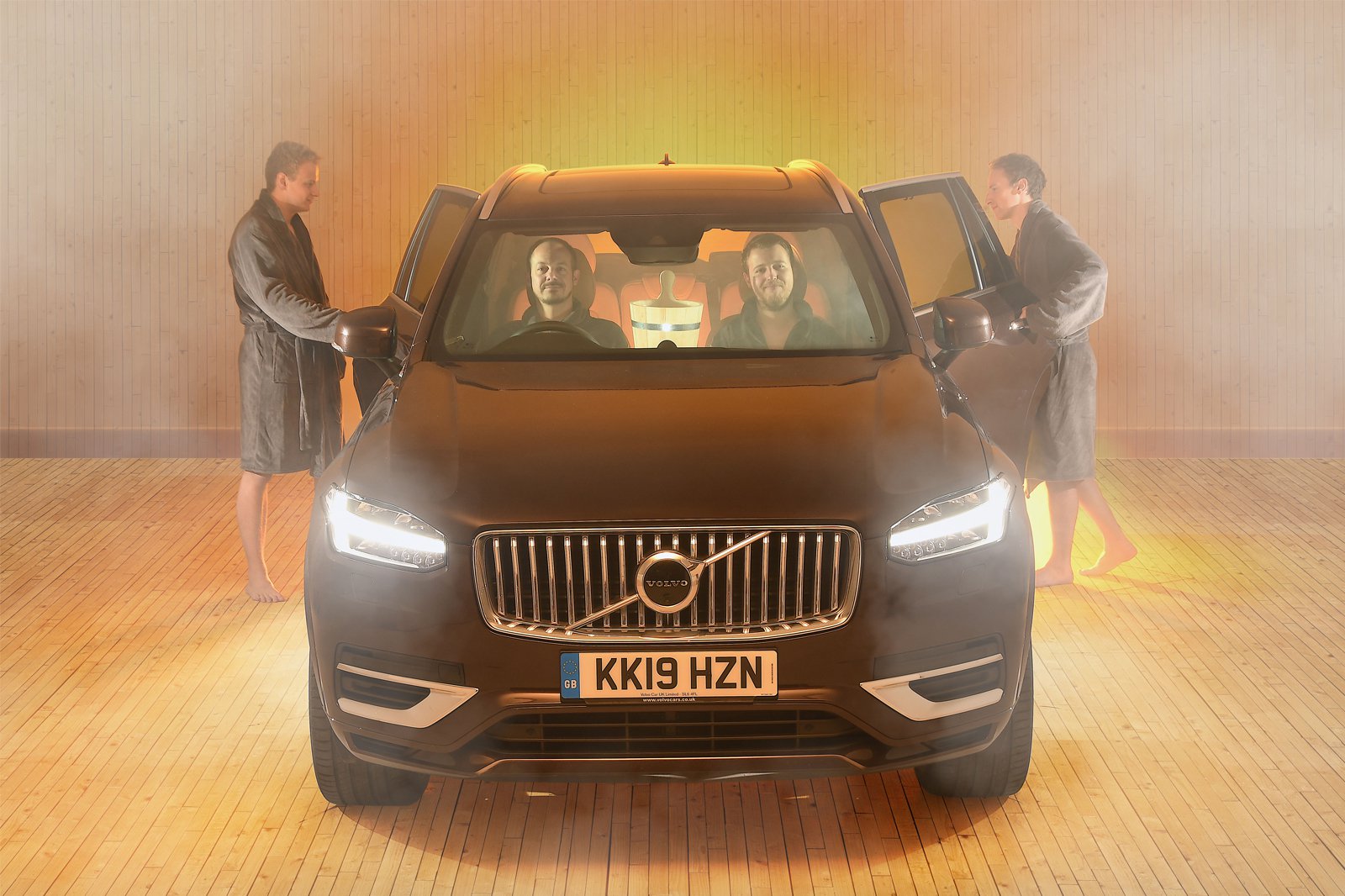 And it isn’t just the XC90’s ability to warm its interior pre-boarding; in the summer months it can do the opposite, cooling it to a more bearable temperature – something that’s seriously handy if, like me, you have a toddler to ferry around. All you do is just log into an app on your phone and, as long as the car is plugged in, you’re good to go.

During its six months with me, my XC90 has been suitably pampering in other respects, too, thanks to its plush interior, imperious driving position and exceptionally comfy seats. You might say it’s the closest thing to a Swedish spa on wheels. Indeed, the only less-than-luxurious thing about our XC90 has been its bumpy ride – and that’s something nearly everyone who’s borrowed the car over the past six months has commented on.

Knowing ride comfort wasn’t a strength of the XC90, I stuck with the 20in wheels that come as standard on the T8 Inscription, rather than upgrading to the better-looking 21in rims. But it hasn’t helped a great deal because the suspension still struggles to cope with poor road surfaces. The optional air suspension would have improved things slightly but, in my view, not by enough to justify its hefty £2150 cost. 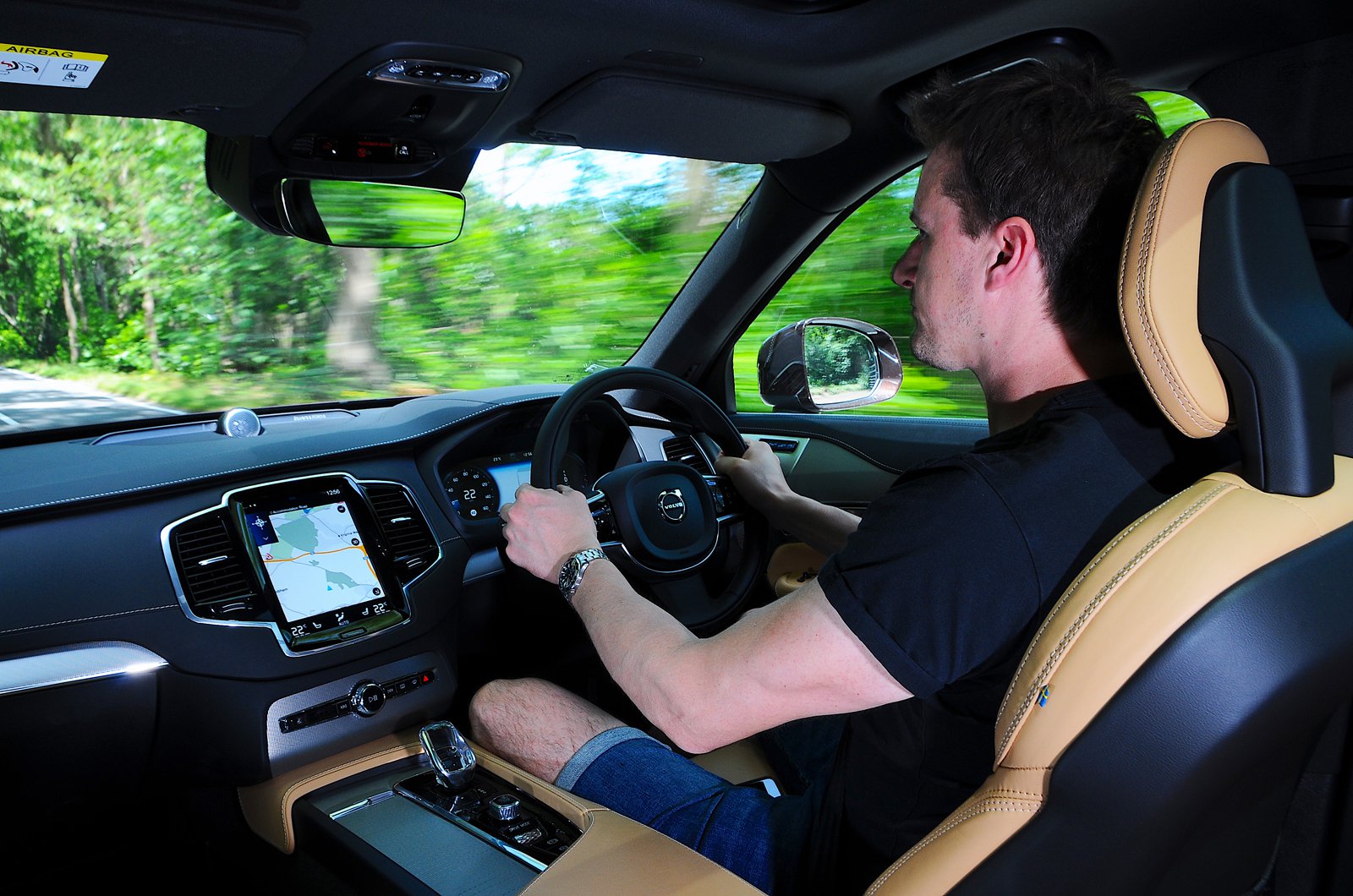 My car is the subtly facelifted model that was launched earlier this year, so has a slightly larger battery than the original XC90 T8. That means a slightly longer pure electric range and I’ve consistently managed around 20-25 miles before the petrol engine cuts in. Even when that happens, fuel economy has been hovering around the 30mpg mark. Respectable for an SUV of this size, in other words.

I went for the optional (£50) Type 2 charging cable, which allows you to plug in to a proper home charging point rather than just a three-pin domestic socket (you get a cable to do the latter as standard). This sounds like a no brainer, but actually the charging times aren’t drastically different – it still takes around four hours to charge the battery from 0-100% because the XC90 can only accept a relatively measly 3.7kW. A full charge from a 3-pin domestic plug socket takes about six hours.

The colour combo I chose has proved as divisive as a Brexit debate. As many seem to love the brown-on-brown exterior paint and leather interior as loath it, but then I’d rather that sort of reaction than a series of ‘mehs’. After six months, I’m still a fan. One thing that’s got the thumbs-up from everyone, though, is the amount of space to stretch out in the back – even the third row seats are fine for adults or shorter trips. 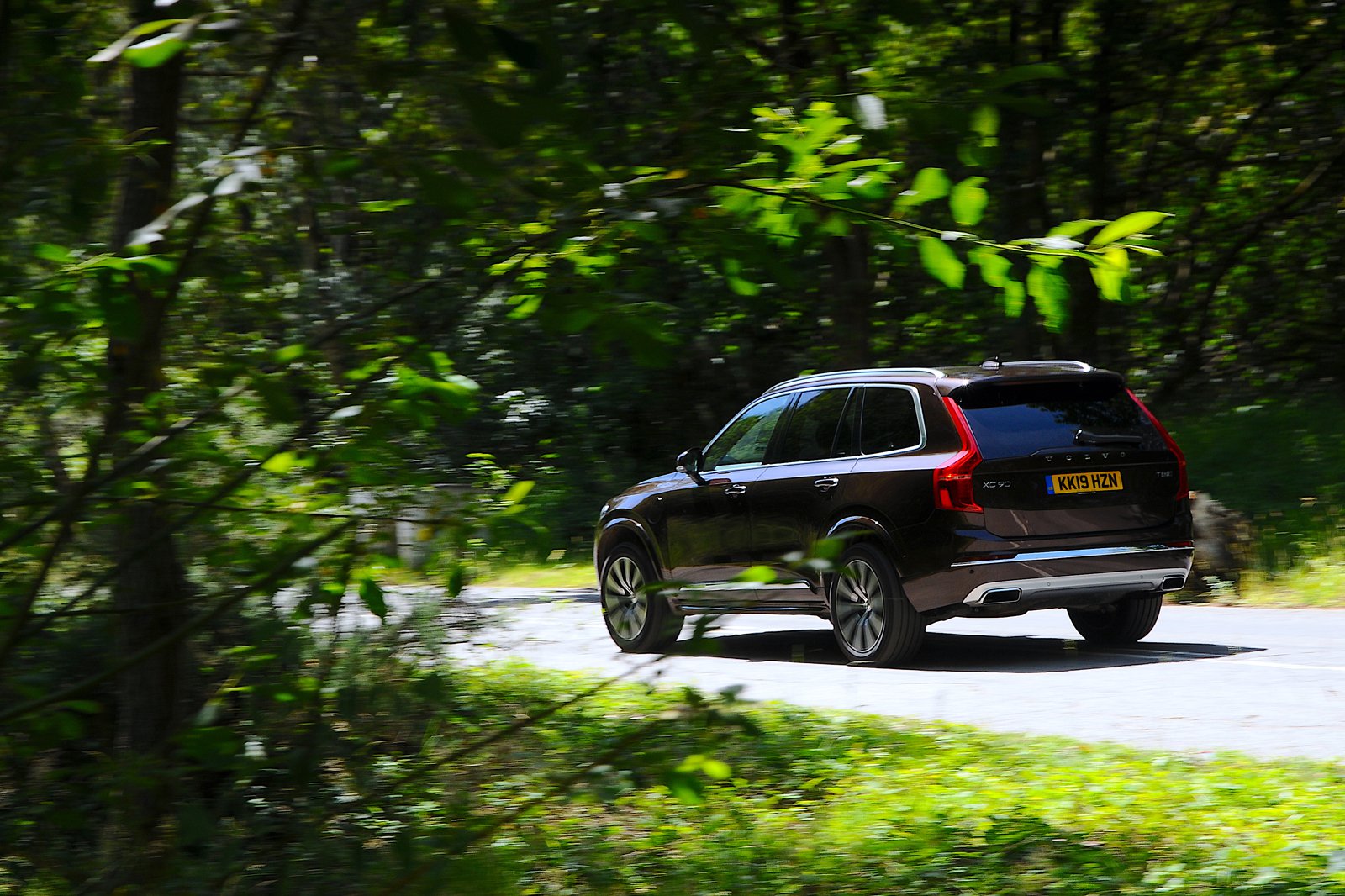 So, after six months living with an XC90 T8, would I recommend it to someone looking for a luxury SUV? Absolutely – albeit with a couple of caveats. This plug-in hybrid model is roughly £10,000 more expensive than a B5 diesel in the same trim, so you really need to be a company car driver (you'll pay much less in benefit in kind tax) or someone living in Central London (you won’t pay the Congestion Charge) for it to make financial sense. You also need to charge up the battery regularly and do as many journeys as you can on pure battery power.

But assuming a plug-in hybrid makes sense for you, the XC90 is still one of the very best on sale. Unlike rival big plug-in SUVs, such as the new X5 xDrive45e and Q7 55 TFSIe, it even doesn’t sacrifice its third row of seats to accommodate its battery.