If you're looking for a car that's the bee's knees to drive, the entry-level Boxster 2.0-litre is a sound choice. With 296bhp it's not slow (0-62mph in 4.7sec when you fit the optional seven-speed PDK automatic gearbox and Sports Chrono Pack, or 5.1sec with the standard six-speed manual 'box) and it has a sporting power delivery that builds willingly through the rev range, but gets really gusty from around 3000rpm.

Don't buy the S model. It's quicker (0-62mph in as little as 4.4sec) but not as sweet, with some unpleasant flat spots as you rev it. Instead, for keen drivers, we'd advise going for the Alpine A110 or, if you just want speed with the wind in your hair, an Audi TT Roadster. That's unless your budget can stretch to the Boxster GTS, which has a 395bhp six-cylinder motor that's an absolute gem and the pick of the range. It'll pull easily from low revs in higher gears, but offers explosive energy when you want to drive your sports car like a sports car – that is, flat out. It really is worth the extra cash. The Boxster Spyder offers another 20bhp on top, and you can read about that in our separate review by clicking the link.

The six-speed manual gearbox is more entertaining for keener drivers, but its long gearing means you’ll rarely need more than second and third for spirited – but still legal – driving. The optional fast-shifting, seven-speed PDK automatic gearbox is worth considering for those expecting to do a lot of slogging through traffic. Braking performance from the standard brakes is good, so only think about the expensive carbon-ceramic option if you're going to do track days.

Adaptive dampers called Porsche Active Suspension Management, or PASM for short, with a 20mm lower ride height are optional on the Boxster and Boxster S, but standard on the T and GTS. We've only ever tried models with this suspension fitted and it makes the Boxster ride remarkably well by sports car standards – even with big 20in alloy wheels.

Sure, it's firm-ish, but the damping is good enough that it keeps you from feeling uncomfortable over the usual lumps and bumps. Only really big imperfections, mainly around town, expose the car's inherent stiffness.

The BMW Z4 is noticeably softer but also bouncier over really undulating roads, while the lighter Alpine A110 manages the balance between firmness and control just that little bit better than the Boxster. 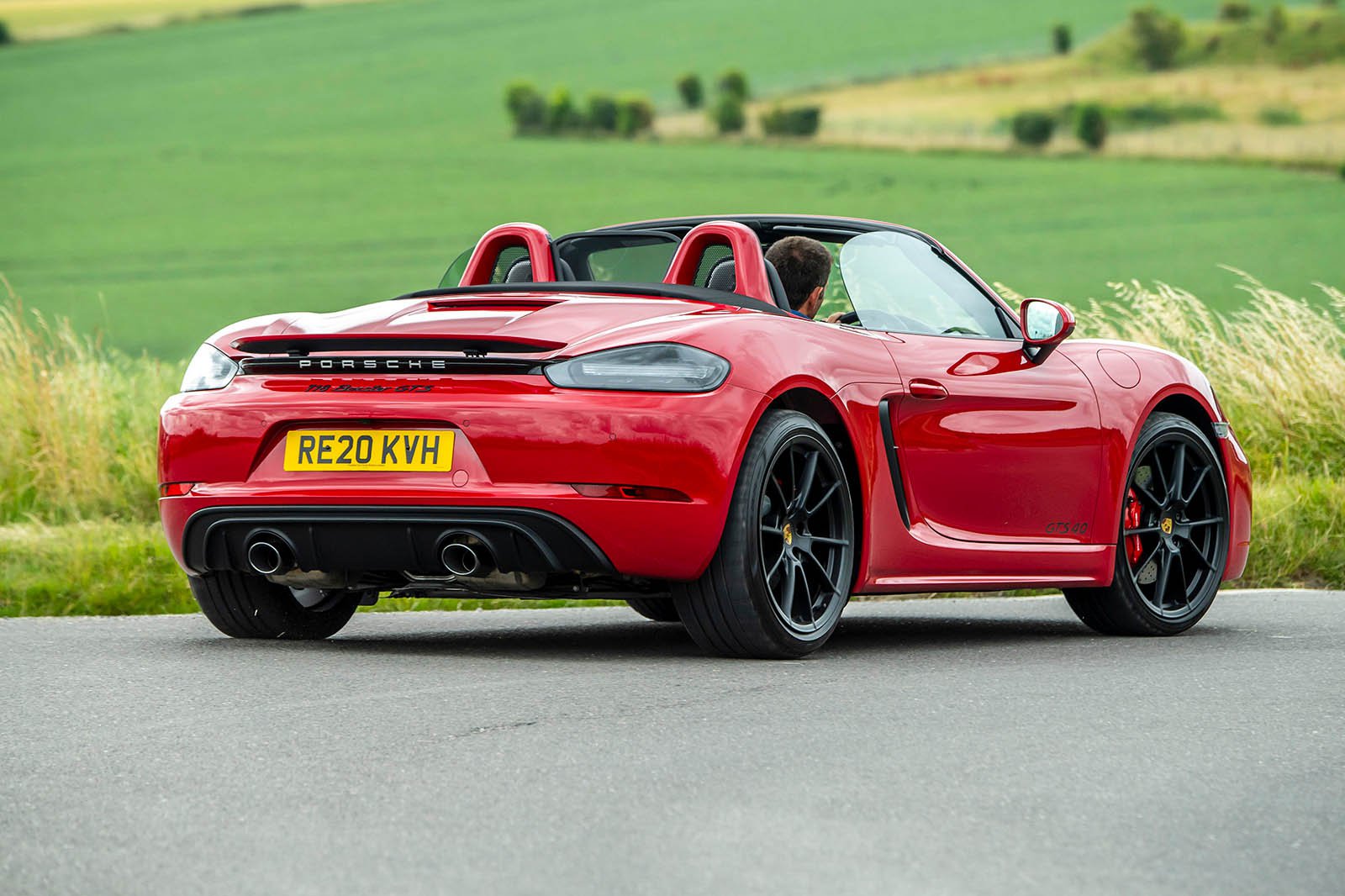 Any sports car (convertible or not) worth its salt needs to offer handling excitement in spades and the Boxster doesn’t disappoint. Its steering is wonderfully accurate and precise, with enough feedback to give the driver plenty of confidence. Turn in to a bend and there’s virtually no body roll and an enormous amount of grip.

Put simply, its handling is on a different level to rivals such as the Audi TT Roadster, BMW Z4, Toyota Supra and Jaguar F-Type Convertible. Only the lightweight Alpine A110 is its equal, but in a different way. It leans more, has less grip and lower limits than the Boxster, but that helps it feel a little more playful on the road, and some drivers will prefer that.

The Boxster, meanwhile, has a wonderfully broad range of talents. It feels at home on fast, sweeping corners (on the road or a race track) just as much as it does pottering around town, where the steering is light enough to make parking easy.

There is no question which engine to buy for the right noise: the 4.0-litre, six-cylinder in the Boxster GTS and Spyder. It's rich and soulful, which is exactly what you want from a sports car, and in the Boxster, with the roof down, it sounds even more invigorating. So much so that even the V8s in the Jaguar F-Type Convertible can't quite compete – they're loud but their note sounds contrived.

You’ll be very disappointed by the noise of the four-cylinder engines in the Boxster 2.0-litre and Boxster S 2.5-litre. Their monotonous drone isn't too dissimilar to the original Volkswagen Beetle's, although the 2.0-litre is smoother and less obnoxious than the 2.5-litre. If your budget doesn't stretch to a GTS and you want a cool-sounding sports car then try the Alpine A110 instead; it still uses a four-cylinder engine but one that's much sweeter than the Boxster's.

The standard six-speed manual has one of the nicest shift actions you’ll find on any car and the PDK auto is equally adept. Wind and road noise are the biggest bugbears of Boxster ownership – with the roof up there's more of both on the motorway compared with a BMW Z4. On the plus side, with the roof down and the wind deflector in place, buffeting in the Boxster is minimal.