While developing the Taycan, the biggest issue Porsche had to battle with was weight. You see, the batteries electric cars need in order to give them a decent range between charges tend to be very heavy. That's why the Taycan weighs several hundred kilos more than a slightly larger petrol Porsche Panamera.

However, as much of that weight as possible has been positioned low down in the car, and the Taycan feels remarkably agile as a result. Indeed, when it comes to grip, balance and resistance to body roll, it’s in a different league to any electric car except the Audi e-tron GT. If you add the clever optional active anti-roll bars (Porsche Dynamic Chassis Control Sport or PDCC for short), you’ll have a performance car that’s every bit as capable in the corners as the lighter Panamera.

There is one thing missing, of course: no whacking great V8 or sizzling flat-six petrol engine to stir the soul. There is the option of a fake engine noise generator (it's standard on Turbo S) called Porsche Electric Sport Sound. It adds a space-age hum like a Star Wars Pod racer as you accelerate. Say “oooOOO” out loud while going up a couple of octaves and you’ll get the idea. We reckon after a few weeks you’ll turn it off and forget about it.

With the fake engine noise switched off, you'll notice a bit of motor whine around town and the sounds of the two-speed automatic gearbox on the rear motor thumping from one gear to the other under hard acceleration.

At speed on a coarse surface, you’ll also hear the tyres rumbling a little if you've got bigger alloys fitted. The standard 19in wheels that come with entry-level trim and the 4S actually generate very little tyre roar. Wind noise is very well contained in every Taycan and, overall, it at least matches the Model S for peace at cruising speeds.

The brake pedal is well judged. They can be grabby in electric cars because the regenerative brakes – these work alongside the normal brakes to charge up the battery as you slow down – aren’t always well integrated. They are in the Taycan, so can stop it smoothly, although the pedal still feels quite unnatural compared with that of petrol-powered Porsches.

Most impressive of all is the Taycan’s acceleration. Even the entry-level, single-motor, rear-wheel drive model has 322bhp, and if you put your foot down with launch control engaged that increases to 402bhp for a few seconds. The result is 0-62mph in 5.4sec, which is quick. However, for a true Porsche accelerative experience, we recommend the 4S.

What about the more practical consideration of range? Well, the entry-level Taycan can officially do the most miles on a charge: 301 miles if you go for the Performance Battery Plus option. Our favourite version, the 4S with the 93kWh Performance Battery Plus, can officially manage 288 miles. However, in our real-world tests, the actually maximum range was closer to 230 miles – almost identical to the e-tron GT.

The Turbo (officially 281 miles) and the Turbo S (officially 259 miles) should do more than 200 miles in the real world. 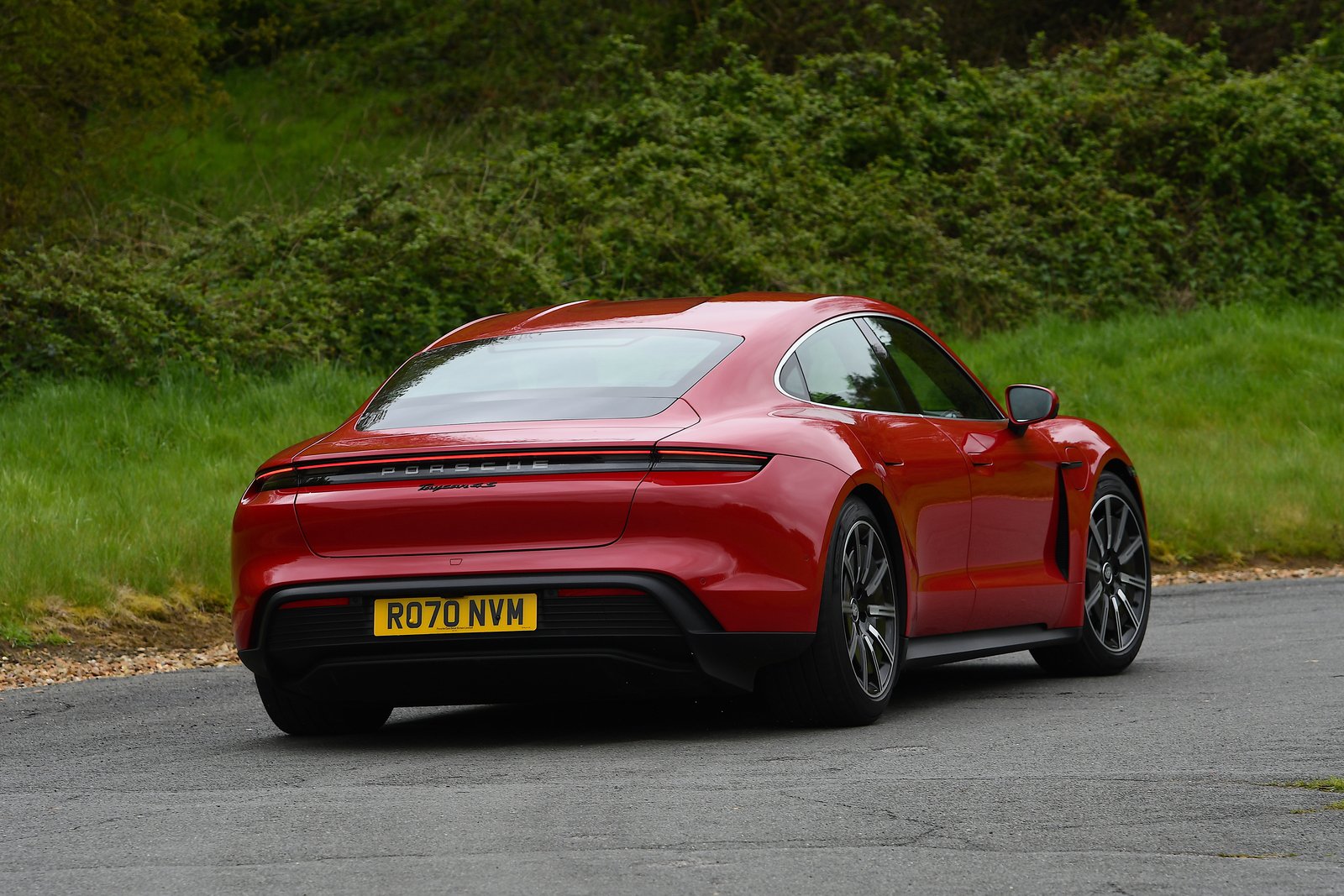