The regular Megane isn’t the most practical family car there is and the RS doesn’t have any tricks up its sleeve to change that, so there’s plenty of space up front but tall adults will find it a little cramped in the back.

You’ll still fit a good-sized weekly shop inside, but it’s a pity that more thought hasn’t gone into making the most of the space. The high load lip and wide rear bumper mean it’s awkward to lift heavy items inside, and folding the 60/40 split-folding rear seats leaves a step in the extended load bay.

Still, there are lots of handy storage spaces in the front of the car, including door bins that will take a bottle of drink, and which are carpeted to stop loose items like keys rattling around. You also get two cup holders in the centre console, a cubby under the front armrest, while the tray in front of the gearlever has USB and 12v sockets, making it handy for leaving your mobile phone while on charge. 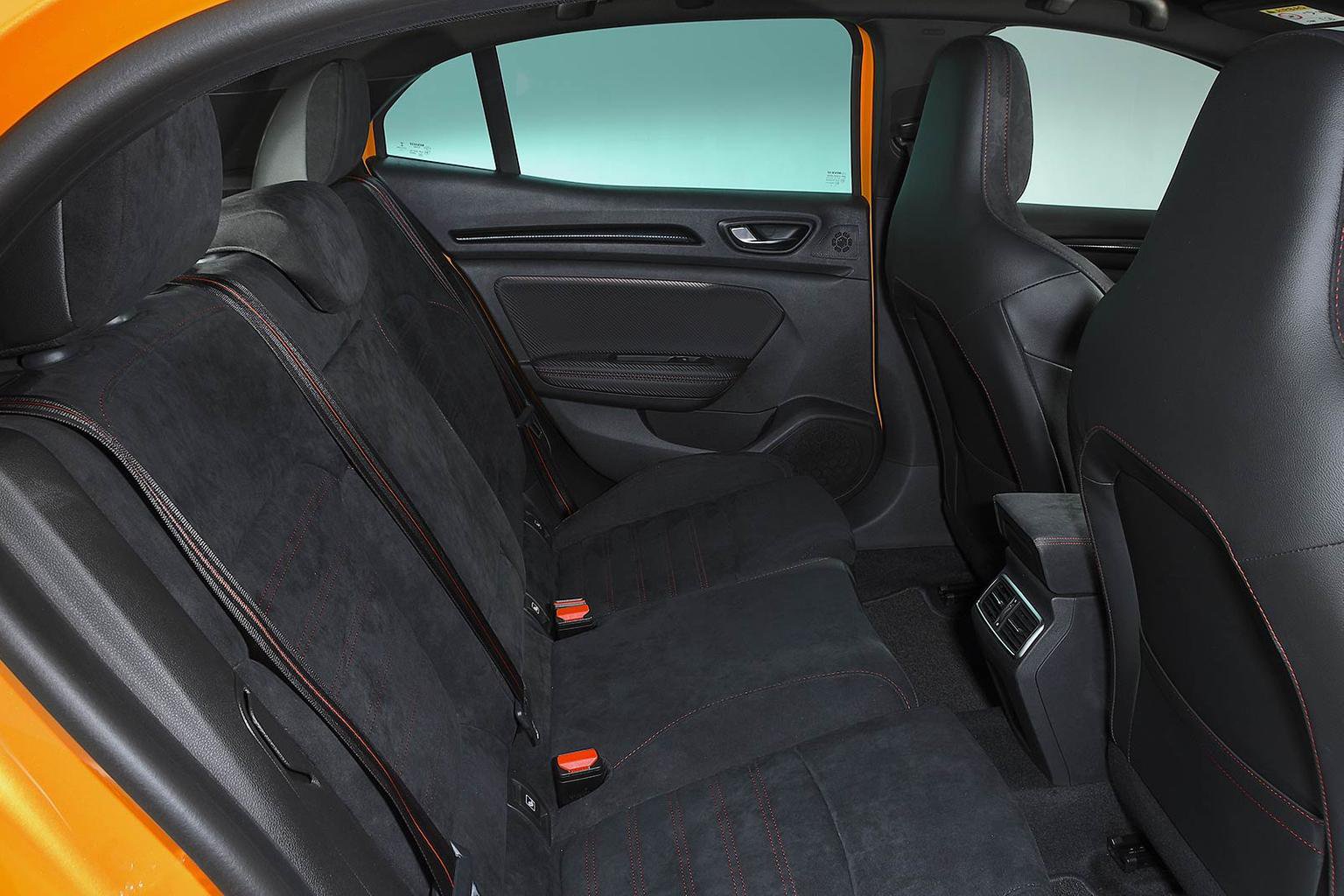