There are two electric motors to choose from for the Skoda Enyaq – the one in the ‘60’ version has 177bhp and the one in the ‘80’ version packs 201bhp. The difference in acceleration isn’t dramatic, though, partly because the latter has to lug around a heavier battery pack.

In short, both versions of the Enyaq feel nippy enough and can hit 60mph from a standstill in around 8.5 seconds – faster than many petrol and diesel alternatives in this price bracket. Performance is also near-enough identical to the closely related Volkswagen ID.4, although the more expensive Ford Mustang Mach-E, Polestar 2 and Tesla Model 3 offer much faster acceleration if that’s your priority.

The ‘80’ version has a clear edge when it comes to range, though, and can officially manage up to 333 miles on a full change. Mind you, even the ‘60’ version claims a very respectable 256 miles. We’ve yet to conduct our scientific range tests on either model but, as long as it isn’t too chilly outside, we would expect at least 200 miles from the ‘60’ and 250 miles from the ‘80’ in real-world driving.

Because electric cars have to carry around heavy battery packs, they tend not to smother bumps as brilliantly as the best petrol and diesel alternatives. The same is true of the Skoda Enyaq, because there’s a slightly unsettled quality to the ride in urban environments.

The Enyaq is much smoother on faster roads, though, and offers similar levels of comfort to the ID.4. Both cars are far more composed and less wearing than the Mustang Mach-E, which, to be blunt, has an annoyingly bouncy ride. 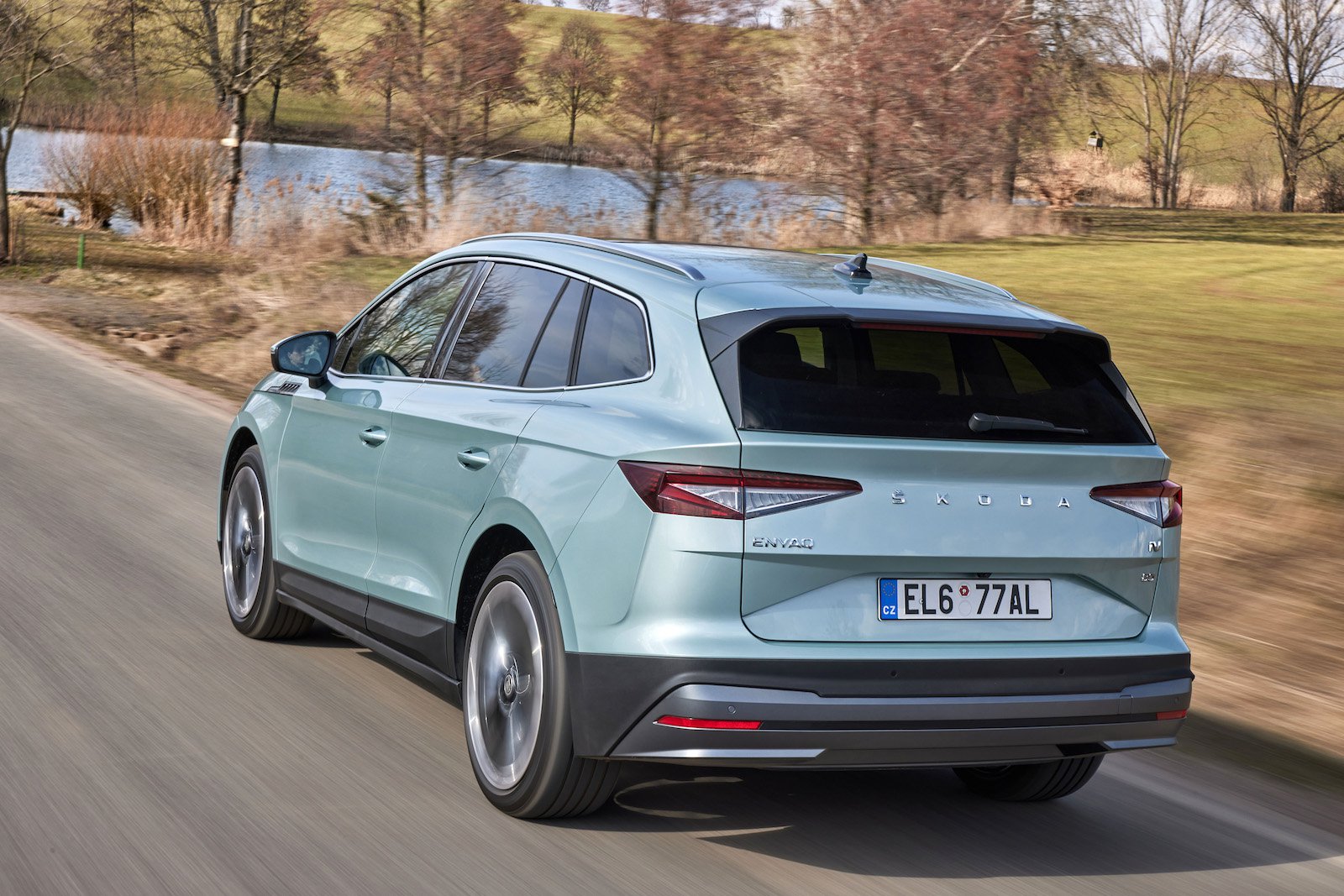 The Skoda Enyaq isn’t a car you’ll be waking up early on Sunday mornings to drive (at least, not unless you need to get your kids to football practice). But while it isn't especially fun or engaging, it is easy and relaxing to drive – and that’s the overwhelming priority in a large SUV.

As long as you aren't overzealous, it stays fairly upright through corners and the light but precise steering allows you to position the car with confidence. The tight turning circle is a real boon when you're parking and manoeuvring.

Like all electric cars, the Enyaq has a big advantage over petrol and diesel alternatives because there’s no combustion engine chugging away under the bonnet, but even compared to other EVs this is a peaceful companion.

There isn't much road noise and only the faint whistle of wind around the door mirrors at a steady 70mph cruise. Indeed, our only slight criticism is the ‘boom, boom, boom’ from the suspension that can be heard when you’re driving along a poorly surfaced road.

By electric car standards, the brakes behave predictably, making it easy to slow your progress without doing an impression of a learner driving.