There are cars that offer a little bit more front leg room and have broader interiors, but you’ll not be short of head room in the Volkswagen ID.4. In fact, despite it not being the biggest car in the class, it’s still absolutely fine if you’re just over six feet tall.

Storage space is good as well. There are sizeable door bins, handy-sized trays and cubbies within the centre console, and a glovebox – although that’s not massive.

Like in the Mach-E, shoulder room is tight when you introduce a burly third passenger to the middle rear seat. They’ll have just enough head room, though, and, thanks to the flat floor, plenty of space for their feet.

You get a couple of map pockets and pockets for mobile phones on the back of the front seats. There are also two rear cup holders in the centre armrest and two useable door bins. 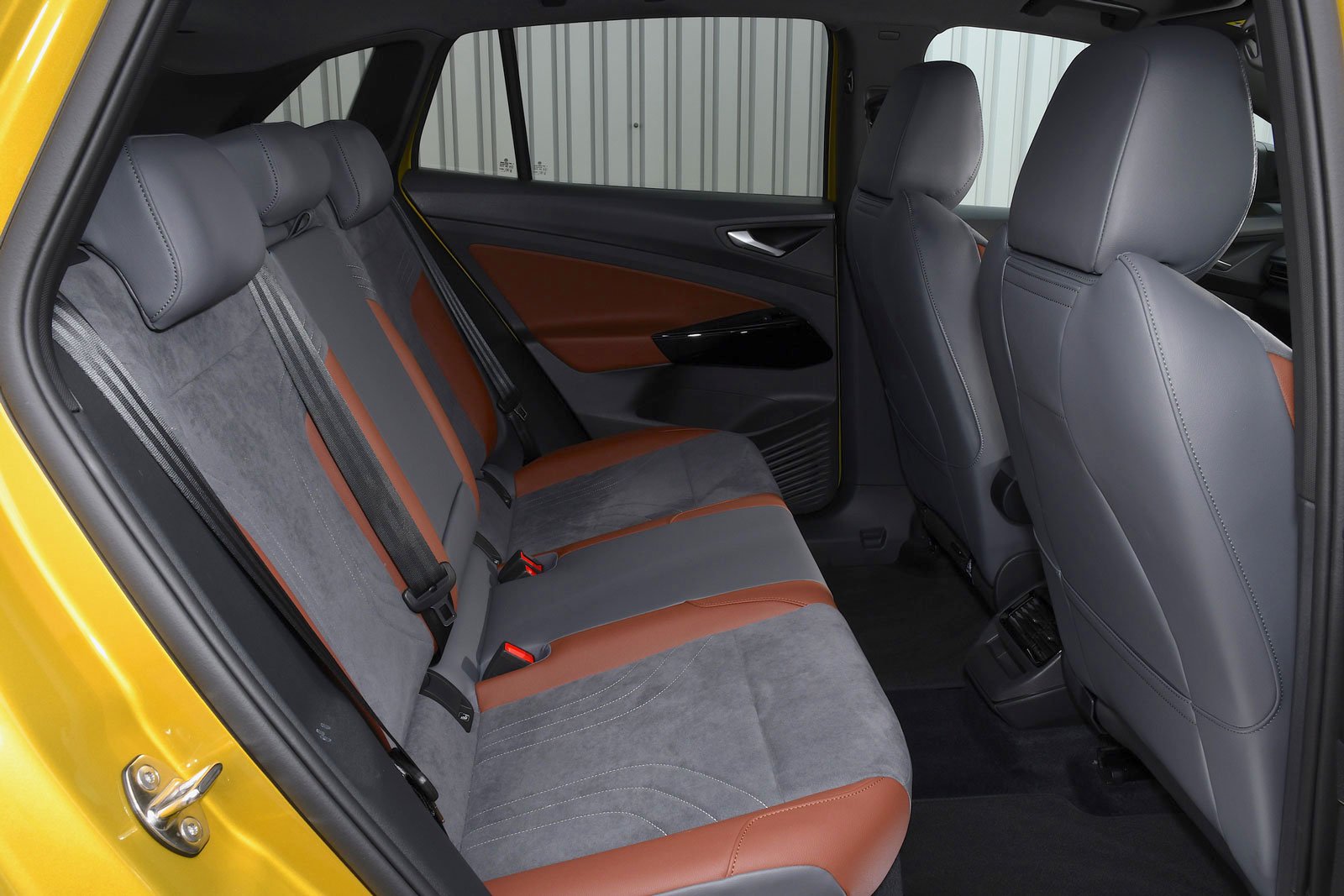 There isn’t a vast amount to mention here. The front passenger gets height adjustment but not adjustable lumbar support. The rear seats don’t slide or recline – you get the latter feature in the BMW iX3.

The iX3 also comes with flexible 40/20/40 split-folding rear seats, while the ID.4’s rear seats are split 60/40. You get a ski hatch to poke longer items through.

The Volkswagen ID.4 can fit nine carry-on suitcases under its parcel shelf, which is two more than the Mustang Mach-E. While the Tesla Model 3 beats that with 10 cases, don’t forget that that's split between its two boots (including one in its nose) and it has a narrower saloon-car opening. The ID.4’s wide aperture and tailgate mean it’ll fit much bulkier items.

There is a bit of a load lip to get the items over and no height-adjustable boot floor. If you lift up the floor there’s a small storage area that’s just about big enough for two charging cables.