All XC90s come with electric adjustment for the driver’s seat, including adjustable lumbar support, so finding a comfy driving position shouldn’t take you long. In fact, it’s one of the most comfortable cars in the class to get behind the wheel of, helped by Volvo’s perennial ability to develop brilliantly supportive seats. The sports seats you get with R-Design trim are particularly good.

The pedals line up nicely with the steering wheel to ensure there’s no skewed driving position, and dashboard buttons are kept to a minimum. Most features are operated from the large, tablet-style 9.0in touchscreen.

Every model comes equipped with front and rear parking sensors as standard, making it easier to manoeuvre the XC90's large bulk into a tight parking space. You also get a rear-view camera, while a 360deg bird's eye view camera is on the options list. LED headlights are standard, too, with automatic high beam to help you see better at night. 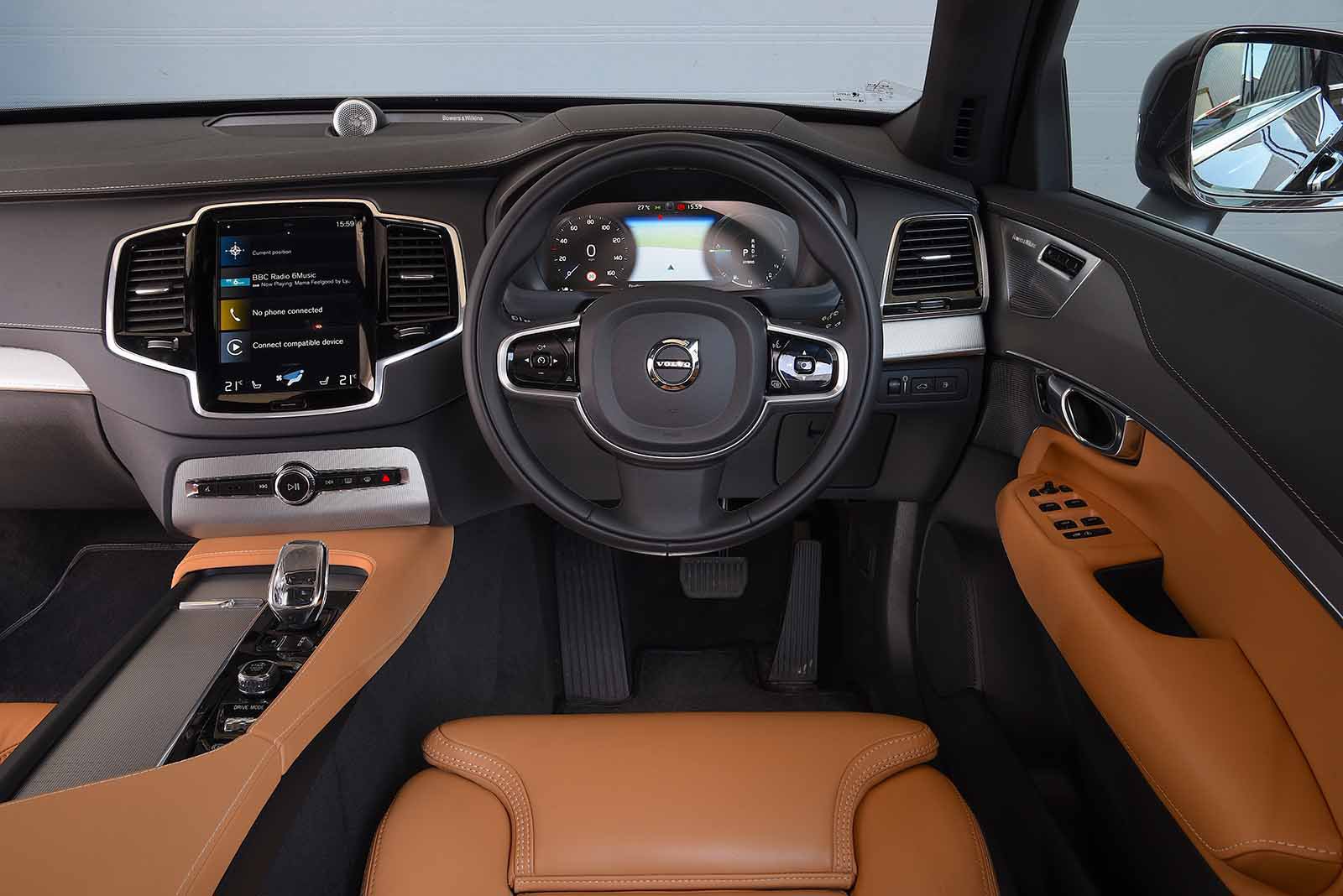 As we mentioned earlier, Volvo has chosen to go down the touchscreen route. Now, as these systems go, it has its plus points, such as its large, reasonably sharp 9.0in tablet-style screen. As with most touchscreens, touching an on-screen icon is trickier on the move than pressing physical buttons, or selecting items on a menu using a rotary controller. And with so many operations incorporated into the screen, the XC90’s menus can be confusing to work through. We firmly believe that the least distracting infotainment systems are those controlled using a rotary dial – as found in the BMW X5, for example.