What is a plug-in hybrid car?

Plug-in hybrid vehicles - or PHEVs - are becoming increasingly popular on our roads - here's what you need to know before buying one... 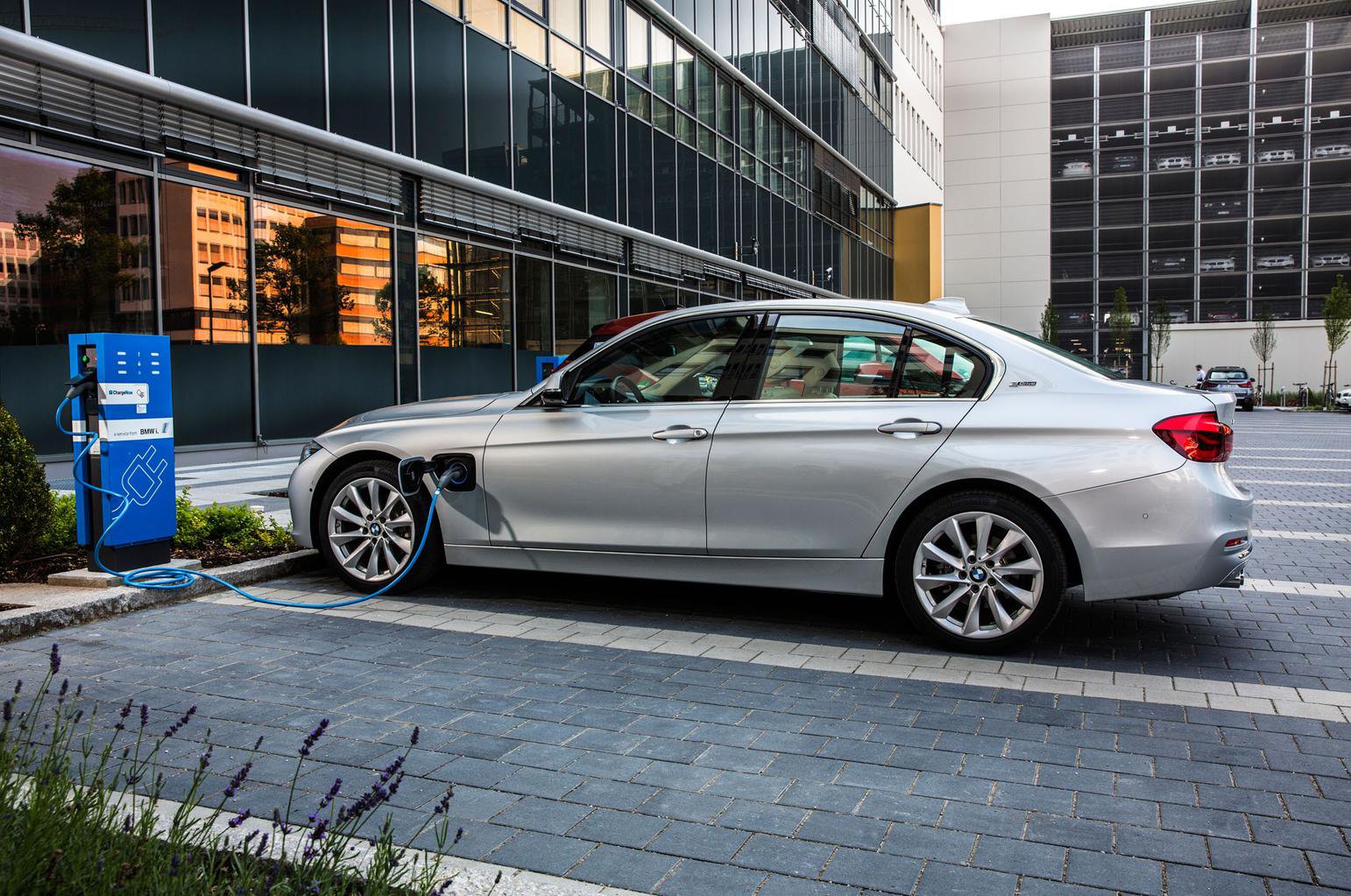 Along with electric vehicles and hybrid vehicles, plug-in hybrid cars are becoming increasingly popular on UK roads as more people look to save money on their fuel and tax bills.

According to data from the Society of Motor Manufacturers and Traders (SMMT), over 9000 plug-in hybrid cars have been sold in this country since the start of 2016 - a 35% increase on the same period last year. 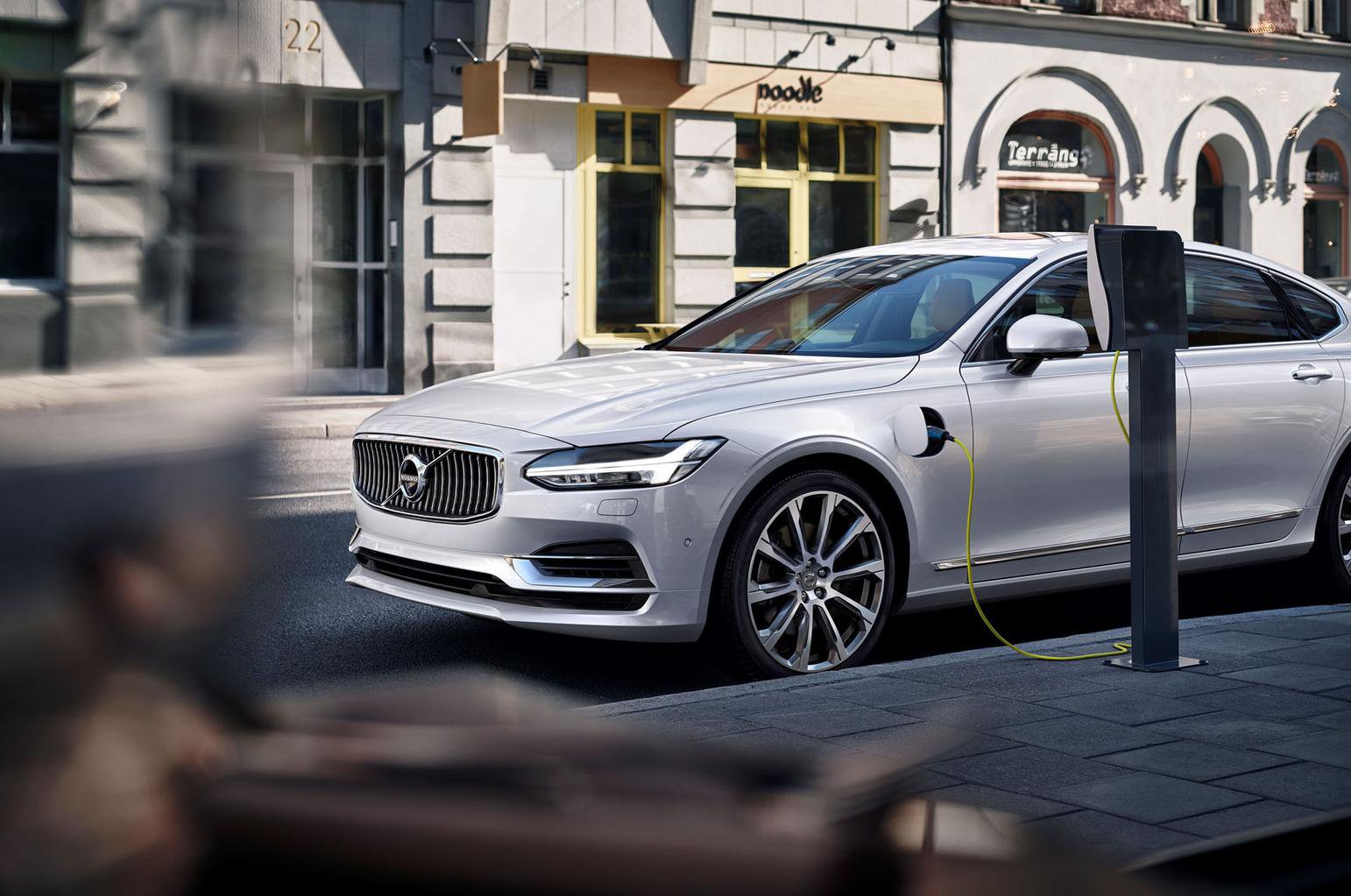 What is a plug-in hybrid car and how does it work?

A plug-in hybrid electric vehicle - often shortened to PHEV - is exactly what its name suggests: it can be plugged in to charge its batteries.

The advantage of this is that PHEVs have a greater electric range than conventional hybrids, meaning they can travel further on electric power before the combustion engine kicks in to help. 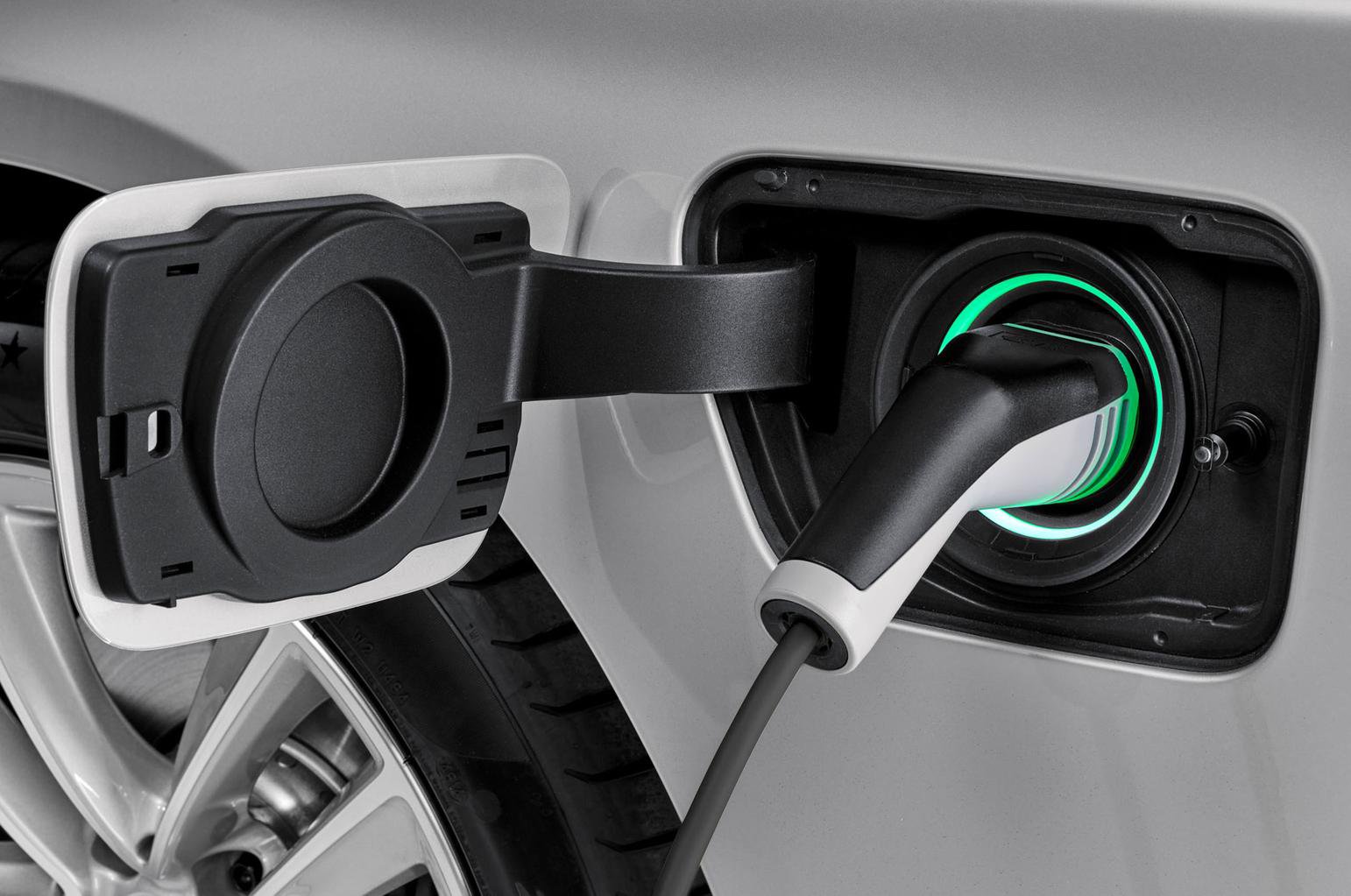 How can I charge a plug-in hybrid vehicle?

You can charge a PHEV car either through a conventional three pin plug, a wall charger or a ‘fast charger’. According to Zap Map, a website which allows you to see where your closest charging station is, there are currently over 4000 charging point locations across the UK.

Charging a PHEV through a standard wall socket usually takes between 6-8 hours, and is best left to charge overnight or while you’re at work. Fast chargers, which are becoming increasingly common in towns and cities, can reduce that time to around 3-4 hours for a full charge.

Some locations, particularly motorway service stations, also offer Rapid chargers, which can charge an electric car up to around 80% in under half an hour. 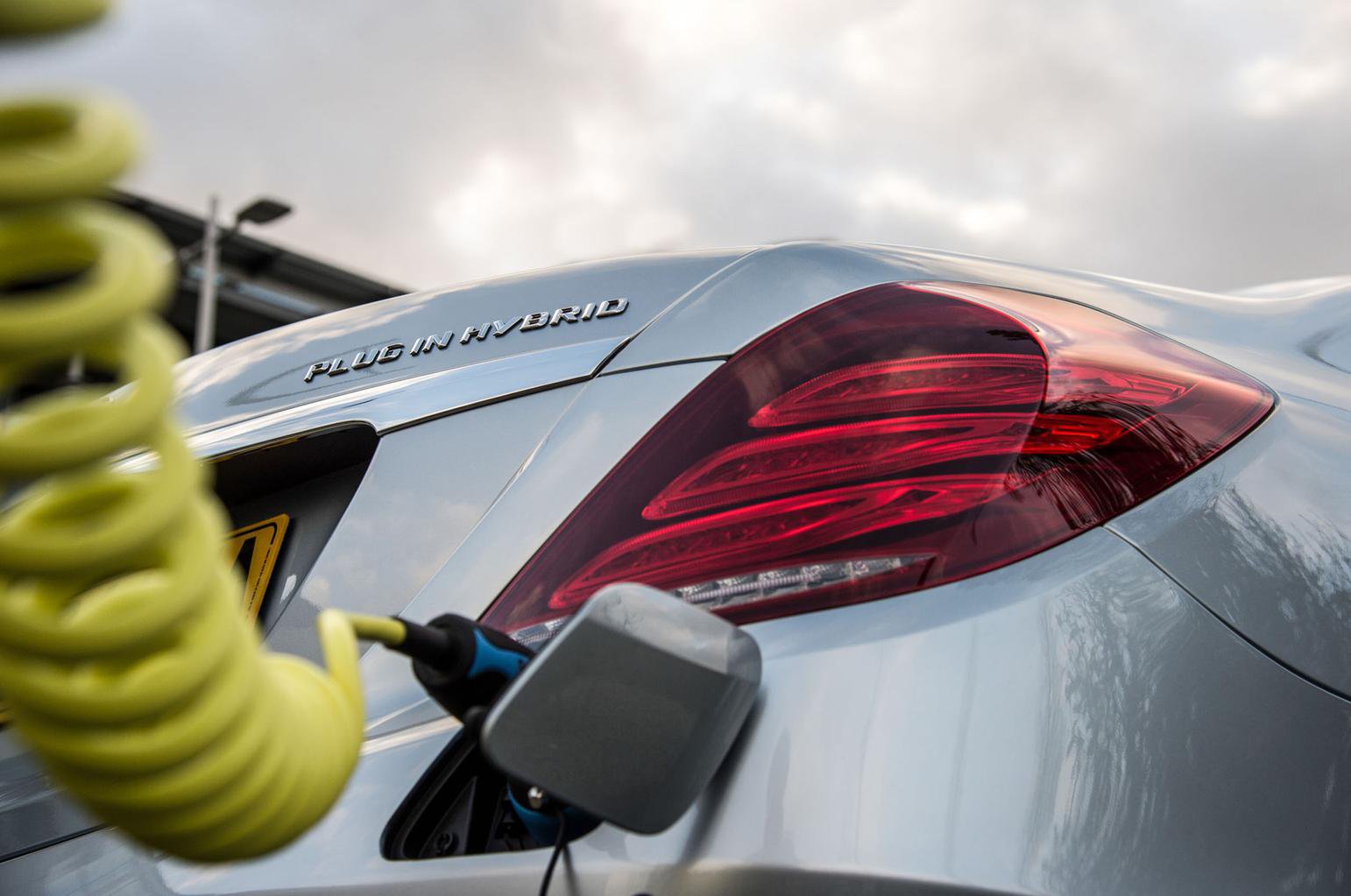 What is the difference between a plug-in hybrid car, a hybrid car and an electric car?

In a plug-in hybrid electric vehicle (PHEV), the car can be plugged in to a socket to recharge its batteries, and the electric motor and combustion engine provide forward motion.

In an electric vehicle (EV), all forward motion is provided by an electric motor, and the car must be plugged in to a socket to recharge its batteries. 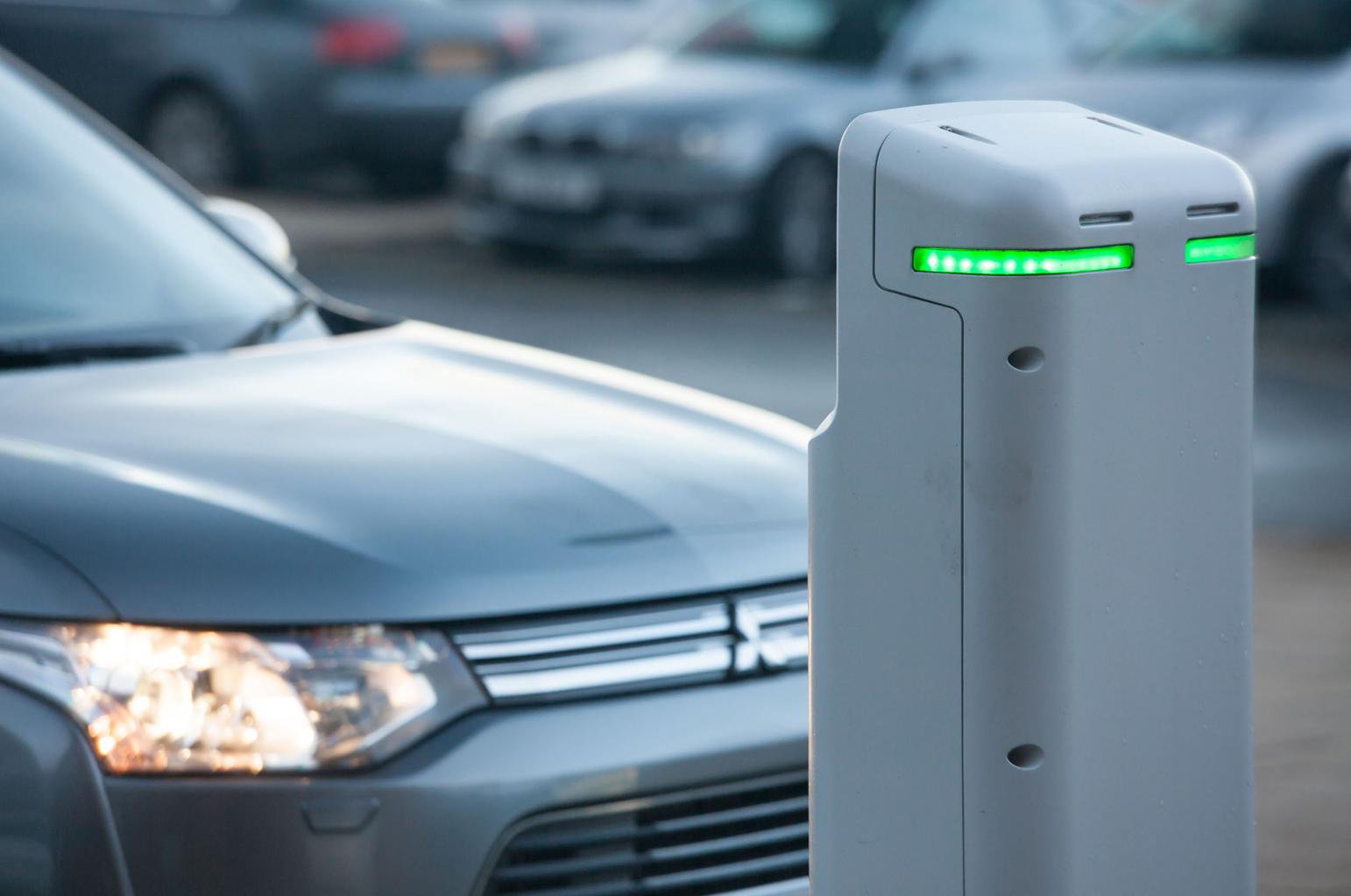 What’s the advantage of running a plug-in hybrid car?

The main advantage of running any car of this sort is lower CO2 emissions and increased fuel economy compared to a conventional combustion-engined car. If you live in the city, this could also mean you avoid charges for driving your car, such as London’s Congestion Charge (if your car emits less than 75g/km of CO2).

As with hybrid vehicles, drivers may prefer to run a PHEV because it does away with the ‘range anxiety’ associated with electric vehicles: because there’s also a combustion engine, you won’t suddenly run out of range.

There are also financial advantages to consider: firstly, the cost of charging up a PHEV is significantly less than the price of petrol or diesel. Secondly, because a PHEV qualifies as an Ultra-Low Emissions Vehicle (ULEV), you can apply for a grant to cover part of the cost of your car.

The plug-in car grant is based on three categories:

Remember, too, that cars which emit less than 100g/km of CO2 pay no road tax.

How many plug-in hybrid cars are there?

At the moment, only a handful of mainstream car manufacturers offer PHEVs as part of their line-up, although many more offer some form of hybrid or electric vehicle.

Mainstream manufacturers which offer plug-in hybrid variants include the likes of Audi, BMW and Mercedes-Benz, as well as Hyundai, Mitsubishi and Volkswagen. In fact, we named Volkswagen’s Passat GTE Estate as our Electric Car of the Year at the most recent What Car? Awards.

Below is a full list of every plug-in hybrid car available right now - click on the car names to read our reviews of these models.

How much do plug-in hybrid cars cost?

This will depend on the car you want, but remember that electric, hybrid and plug-in hybrid cars do generally cost more than their combustion-engined equivalents. Taking our Electric Car of the Year as an example, the regular Volkswagen Passat Estate is priced from £24,230, while the Passat GTE Estate costs £33,045.

However, it’s worth remembering the Government’s plug-in vehicle grant, as well as tax savings and potential fuel savings when buying.

Should I buy a plug-in hybrid car?

Running a plug-in hybrid car has plenty of advantages - despite the initial cost, you’ll pay no road tax, no congestion charge in big cities like London, and you can also recoup some money through the government’s plug-in vehicle grant scheme.

Also, because PHEVs generally have a greater all-electric range than conventional hybrid vehicles, chances are that your weekday commute can be covered on electric power alone - and if it’s not, or if you’re planning a longer journey, then you can rest assured that should you run out of electricity, the combustion engine is standing by to help.

Tempted by a fuel cell car instead? Read our full guide to hydrogen-powered cars here

Click here to read What Car?'s guide to the best electric cars of 2016