The differences between the BMW iX3 and the X3 are even harder to spot inside than outside. In fact, were it not for the blue starter button and a few more blue accents, you’d never guess you weren’t behind the wheel of the regular model.

If it sounds as though we’re slightly disappointed, that couldn’t be further from the truth. The X3 is one of the best posh SUVs you can buy and some versions even score our top five-star rating, so one that runs on electricity instead of fossil fuels is more than fine by us.

True, the interior perhaps isn’t quite as glamorous as an Audi E-tron’s or Mercedes EQC’s, but it feels really well put together and has lots of dense, squishy materials in most of the important places. Only a couple of patches of hard, scratchy plastic – around the starter button, for instance – let the side down a little.

Usability is also tough to fault, thanks to a logically arranged dashboard with proper buttons and knobs for the air-conditioning (rather than fiddly touch-sensitive pads like those in the E-tron). The fundamental driving position is also superb, although you do need to go for range-topping Premier Edition Pro to get adjustable lumbar support.

The iX3 also has BMW’s brilliant iDrive infotainment system. The 10.3in display in the middle of the dashboard works as a touchscreen but you can also operate it using a secondary rotary controller between the front seats. The latter is much less distracting when you’re on the move, as is the natural speech voice control function, which (most of the time) works surprisingly well.

Wireless phone charging is standard, and if you go for Premier Edition Pro trim you’ll get an upgraded Harman Kardon sound system. 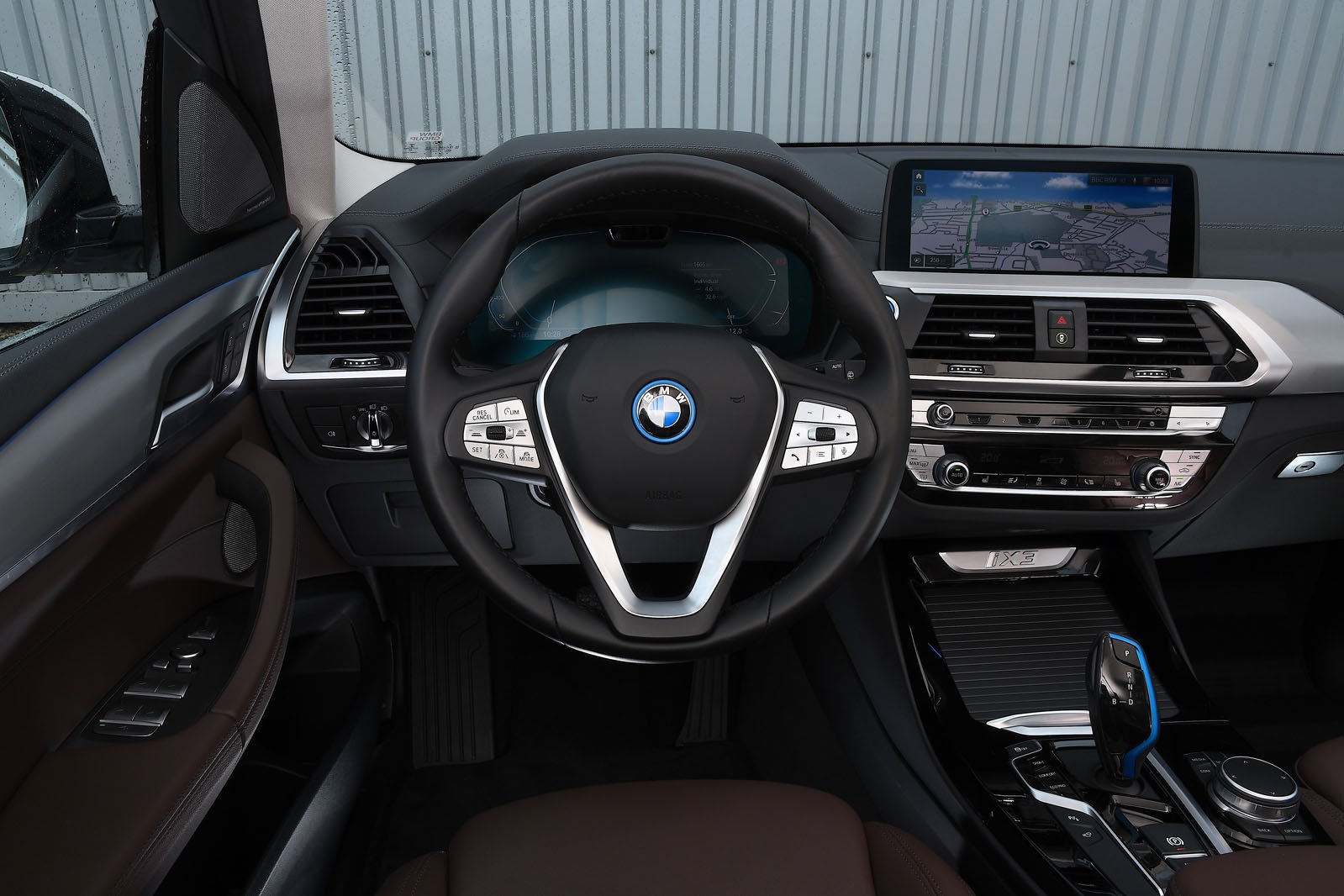