If you’re expecting Tesla-esque performance from the iX3 then you’ll be mildly disappointed. It’s plenty quick enough (0-62mph takes 6.8sec), but acceleration is strong rather than especially thrilling. However, switch to Sport mode in the range-topping Premier Edition Pro and you do get an eerie electronic soundtrack dreamt up by German film score composer Hans Zimmer. Put your foot down and the noise gets louder and the pitch rises as your speed increases, just like it would if there was a petrol engine under the bonnet.

Unlike its four-wheel-drive rivals, the Audi E-tron and Mercedes EQC, the iX3 is rear-wheel drive – but that doesn’t translate to sports car handling. True, there is a bit less body lean than in those aforementioned alternatives, but the margins aren’t huge. The iX3 is composed and grippy enough, though, and doesn’t struggle to transfer its power to the road – at least not in the dry conditions of our test drive. If you want your electric SUV to put a bigger smile on your face, consider the Jaguar I-Pace.

Filling a car with heavy batteries rarely does good things for ride comfort, and the iX3 does without the sophisticated air suspension of its two main rivals. Instead, it relies on good old steel springs, although you can adjust the stiffness of the suspension, tightening things up for country road driving or softening them off for long motorway jaunts. We’ll need a back-to-back test in the UK to confirm (so far we’ve only driven the iX3 in Bavaria), but our hunch is it isn’t as super-smooth as the E-tron. However, it deals with bumps in a perfectly agreeable manner, both around town and on faster roads.

There’s a bit more tyre and suspension noise than the iX3’s main rivals, but anyone coming from a petrol or diesel X3 will be pleasantly surprised.

Of course, the iX3 needs to do the electric car bits well too, and it certainly impresses with how far it can travel between charges; it’s official range of 285 miles beats both the Audi e-Tron (up to 249 miles) and Mercedes EQC (252 miles). Granted, you’ll have to drive extremely gently and pray for warm weather to match any of those official numbers, but around 225 miles should be easily achievable in the iX3. 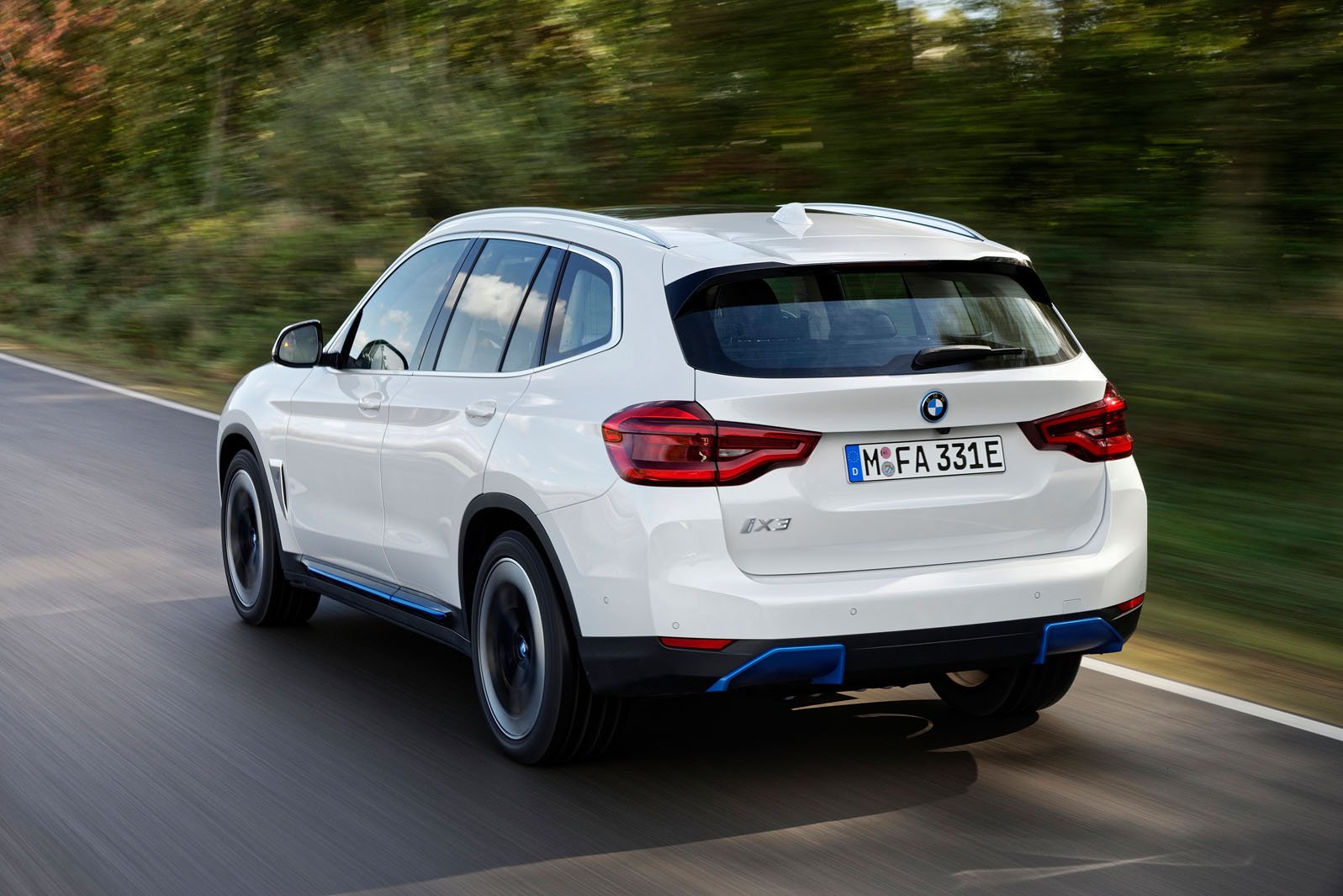