Does the M8 deliver on its brief of sporty luxury? Well, let's explore the comfort side of things first. Switchable adaptive suspension is standard, and the softest of its three modes (Comfort) allows the M8 to float gently over the ups and downs of a subsiding B-road with just a little brittleness over any sharply calloused sections. Admittedly, things can get a bit too floaty if you start pressing on, especially in the fractionally softer Cabriolet; this is when you’ll want to cycle up to Sport or Sport Plus mode to anchor the car down. It's much more cosseting than a Porsche 911 and no worse-riding than a Bentley Continental GT, but for more waft, the Mercedes S-Class Coupé is the one to choose. The four-door Gran Coupé version, meanwhile, is a little harsher than a Porsche Panamera but far less comfortable than conventional four-door luxury cars

The suspension settings are linked to a drive mode selector that lets you choose how the engine and gearbox responds, too, along with how heavy the steering is. You can select a preset mode or set everything up to your own taste. That means, for example, the steering can be left in Comfort mode – its most relaxed setting – even with the wick turned up on the engine. Incidentally, that’s the best way to have the steering set; it maintains enough weight that you can gauge your inputs accurately, without feeling unnaturally heavy. Is the steering as direct and feelsome as the 911’s? No, but it offers a better sense of connection to the road than that of the Mercedes-AMG S63.

Similar is true of the M8’s body control, grip and traction. The Coupe and Convertible lean more than a 911 or Aston Martin DB11 and feel much heavier, which, in truth, they are. Yet, flick it between some high-speed left-right kinks and it’s more alert than a Continental GT, while the Gran Coupé feels a little bit more exciting than the equivalent Panamera Turbo S. With the four-wheel drive hooked up it’s also reassuringly planted out of corners, but if you want rear-wheel-drive playfulness, you can dial that in at a whim.

Just be careful, though: with such pent-up energy lurking under its bonnet, the M8 can be made very playful indeed. The engine is a belter that, despite being turbocharged, responds almost the instant you prod the ‘go’ pedal. Do so and it feels like it has the legs to outrun a DB11 and it’s certainly fast enough to give your passenger the willies. If you have a head for cold, hard facts, the coupé and Gran Coupé hit 0-62mph in just 3.2sec, while the convertible is less than a blink of an eye behind.

The eight-speed automatic gearbox plays its role effectively, kicking down on demand or producing sharp shifts if you choose to pull the steering wheel paddles.

Does the M8’s V8 engine sound good? Well, it’s not up there with the best: the 911’s rasping flat six, or the DB11’s baleful, Mercedes-AMG-derived V8. It makes a better noise than most recent M cars, though, the M5 included; by comparison, it’s purposeful and less obviously synthesized. It’s still ‘enhanced’ through the car’s speakers, though, so it’s not entirely natural.

Good brakes are extremely important on a car like this. The M8’s stop you effectively, and BMW makes a big play on the fact that you can adjust the pedal’s response for a relaxed or sporty feel. The truth is that neither setting can match the reassuring solidity and progressiveness of a 911’s or R8’s brakes. And that, right there, is perhaps the biggest criticism of the M8: why have yet another mode to distract you when one good setting for most things is really all you need?

At high speeds, there’s far less road roar than you’re subjected to in a DB11 or 911, and there’s hardly any wind noise, even in the convertible – assuming the roof is up. It doesn’t match the serenity of the whisper-quiet S-Class, but if we focus solely on convertibles for a minute, the M8 has less shudder through its body than the S-Class Cabriolet and, with its roof down, next to no buffeting – provided you have the wind deflector up. 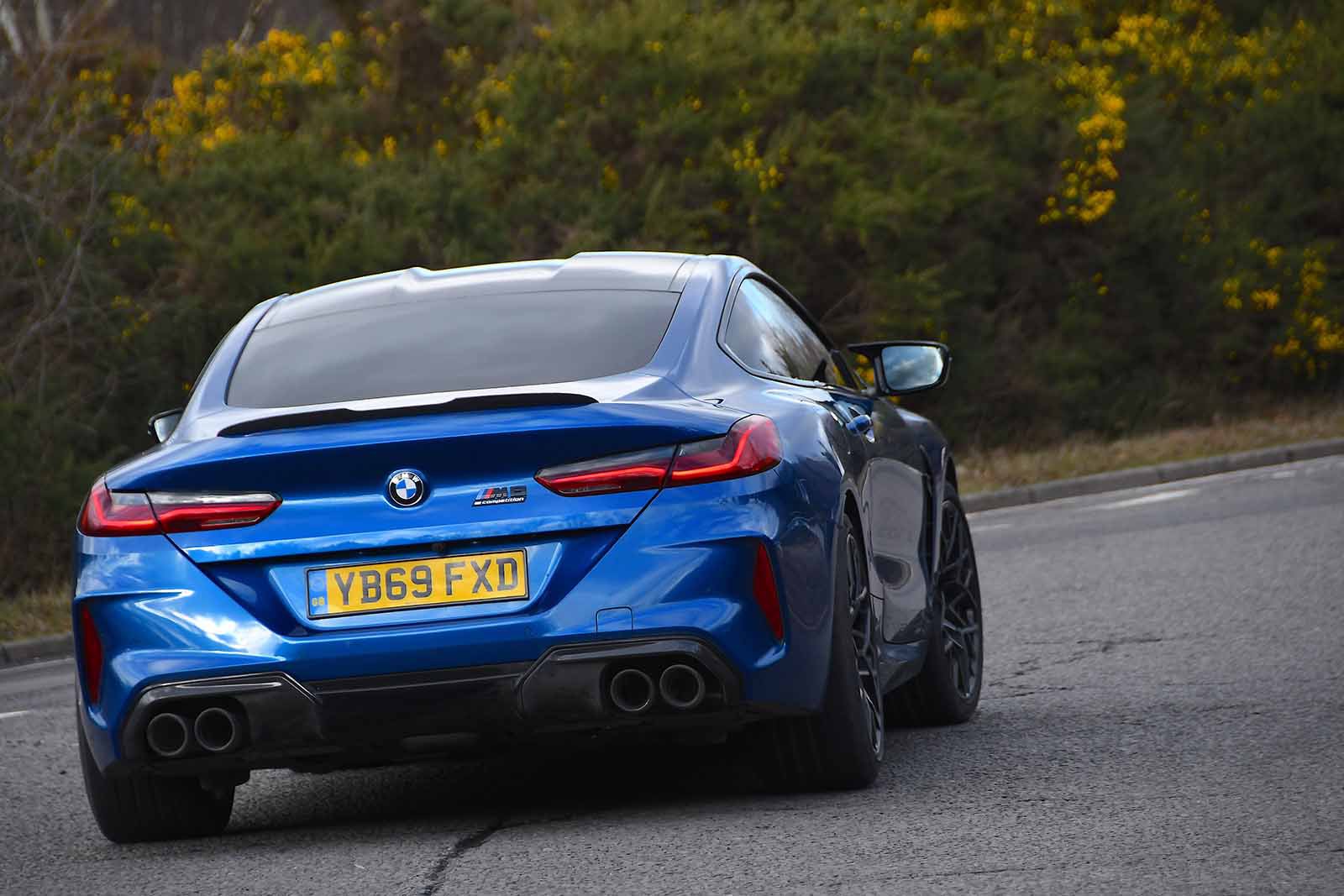