Are you craving a bit more ‘yee-haw’ in your life? If the answer to that is a big 10-4, say howdy to the Ford Mustang coupé.

This Mustang is powered by a thumping great 5.0-litre V8, so the cowboy hats and muscle car clichés still apply (more so than with the electric Mustang Mach-E anyway).

So, how does the Ford Mustang compare with those and other cars you might be considering? The next few pages of this review will tell you. We'll rate its performance, handling, interior quality, running costs and more, as well as telling you which version we recommend.

When you're ready to buy a car, make sure you don't pay more than you have to by searching for the best price on our free What Car? New Car Buying service. It'll help you find offers on most makes and models, and has lots of Ford Mustang deals.

The Ford Mustang's 5.0-litre V8 engines both feel mighty, but need to be worked fairly hard if you want to use the entire 443bhp or 453bhp.

On the GT, Ford gives you non-adjustable suspension as standard, and it strikes a reasonable balance between ride comfort and body control. The range-topping Mach 1 gets MagneRide adjustable suspension, which varies its firmness according to your choice of driving mode.

In the sportier, firmer suspension modes, the Mustang controls its body movements well as you brake, turn and accelerate. That's no mean feat when even the lightest model weighs nearly 1700kg.

Comfort mode is the softest setting, and the Mustang rides reasonably well, although potholes and other large road irregularities can unsettle the car and thump through into the interior.

The standard six-speed manual gearbox is surprisingly satisfying to use, with a short throw and a meaty mechanical feeling that’s totally in keeping with the Mustang’s character.

In contrast, the optional 10-speed automatic can be a bit frustrating. It often flicks through multiple gears in one go, and has a habit of switching ratios indecisively, before lurching into gear when it finally makes up its mind.

Paddles mounted on the steering wheel allow you to take full control when you want to, but you’ll have far more fun taking this beast by the scruff of the neck on winding roads if you opt for the manual. Note, though, that the automatic slightly improves the fuel economy of both engines.

Every Mustang has selectable driving modes so you can set the responses of the car's steering, accelerator, traction control and, if you have one, automatic gearbox. There's Normal, Sport+, Track and Snow/Wet, and Drag Strip.

The system also allows you to set your own combination of settings, including how much noise you want from the Active Valve Exhaust.

The V8’s grumble fades into the background at higher speeds, mostly thanks to a long top gear, especially when you set the exhaust to quiet mode. There’s a bit more wind and road noise than in most coupé rivals, but it’s never so much that it’ll make a long journey noisy and exhausting. 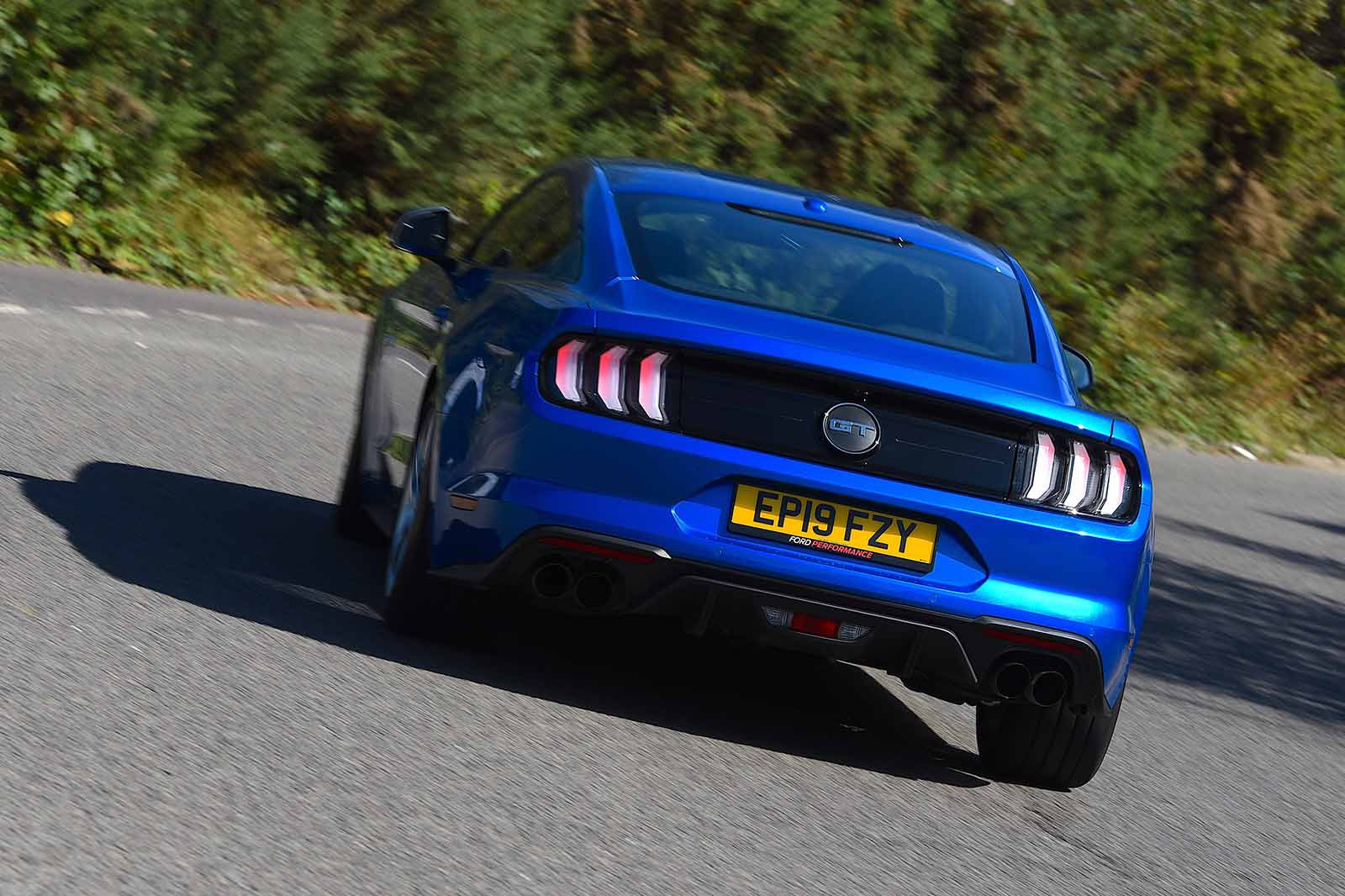