There's masses of space up front, but, despite the Mustang's sizeable proportions, the two rear seats offer extremely limited space. Children and particularly short grown-ups will fit, but most adults will find their knees brushing the seat backs. However, there is a bit more head room than you’ll find in the back of the Audi TT, while the Mustang’s long doors provide easier access than you’ll find in the TT or even a Mercedes C Class Coupé. Even so, an Audi A5 is considerably more comfortable.

Surprisingly, the Mustang gets Isofix mounts in the rear, so two child seats will be secure, although, once you’ve seen the Mustang’s NCAP scores (which we discuss on our costs and verdict page) you might think twice about putting your loved ones back there.

Officially, the Mustang has a bigger boot than you get in its immediate rivals and you can even fold the rear seats down when you need to carry longer items. However, the narrow opening and high load lip make it difficult to load bulky items. Ultimately, despite having a smaller and shallower load bay, the TT coupé, with its hatchback boot, is actually more practical. 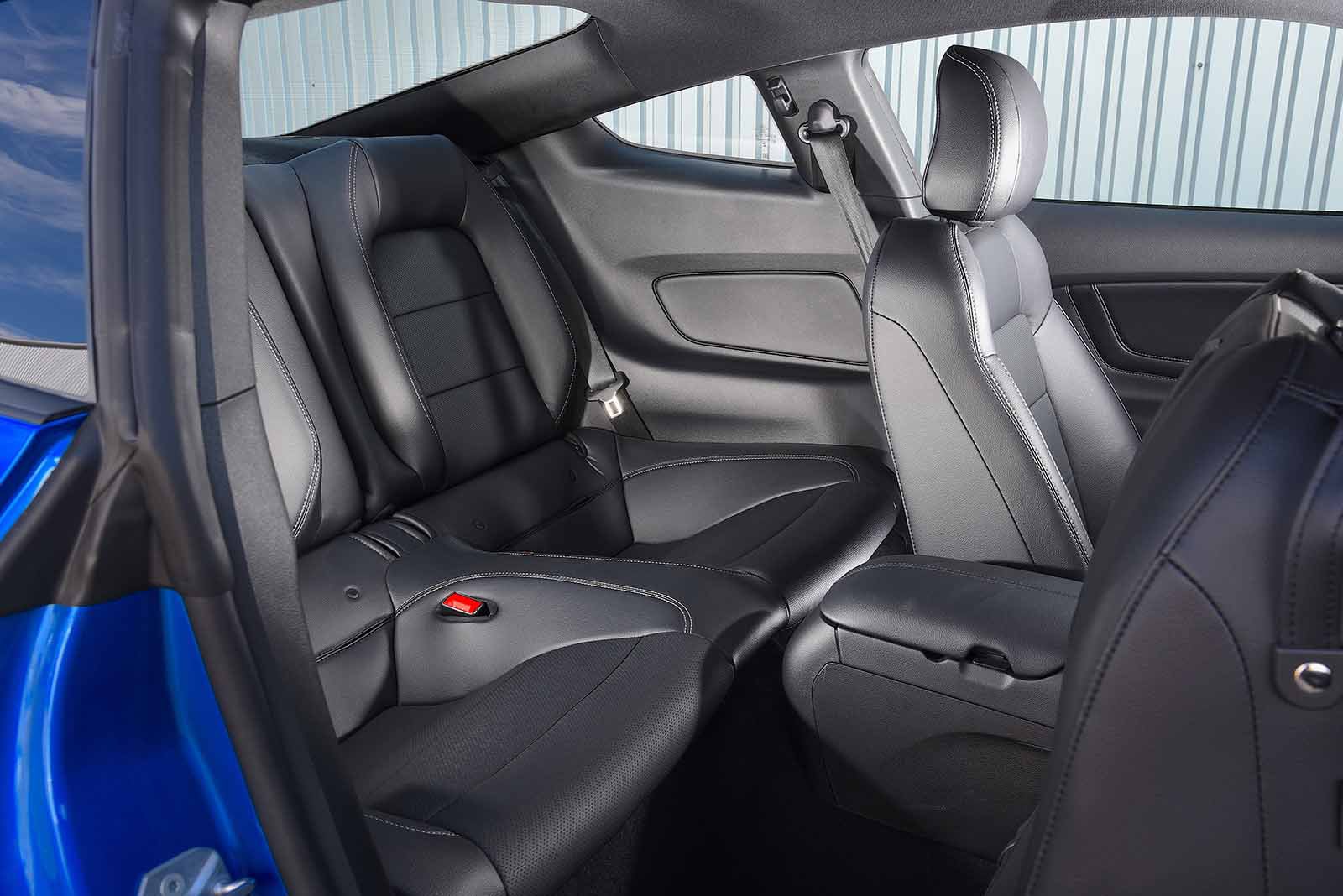