The Regular Cab version of the Ford Ranger can seat two tall adults comfortably, but it's strictly a two-seater. The Super Cab has a fold-down bench behind the front seats that will seat a further two, but adults will struggle for leg room because those seats are only designed for occasional use only.

The most spacious and practical Ranger – and, as we’ve already mentioned, the one that we recommend – is the Double Cab. With lots of head and leg room front and rear, it will seat four tall adults relatively easily, or five if those in the back don't mind a bit of shoulder rubbing.

Of course, the fewer seats you have, the shorter the cab is and the longer the load bay becomes. That means the Regular Cab can take the most gear, but even the Double Cab is able to fit a standard pallet in the back.

Payload weight depends very much on cab type and engine (all those fancy toys add weight after all), but most models will carry more than a tonne and some up to 1252kg. Just bear in mind that the Raptor has a reduced payload of 620kg, which is a lot less than the best Rangers and also means it doesn’t qualify as a commercial vehicle for company car tax.

The majority of Rangers can tow 3500kg, while all can pull trailers or caravans up to 2500kg. The Ranger mixes with the best in this respect, then – a group that includes the Mitsubishi L200 and Toyota Hilux, although the Ssangyong Musso Rhino combines a longer bed, impressive 1140kg payload that matches the best Ranger Double cab and a high level of standard equipment. 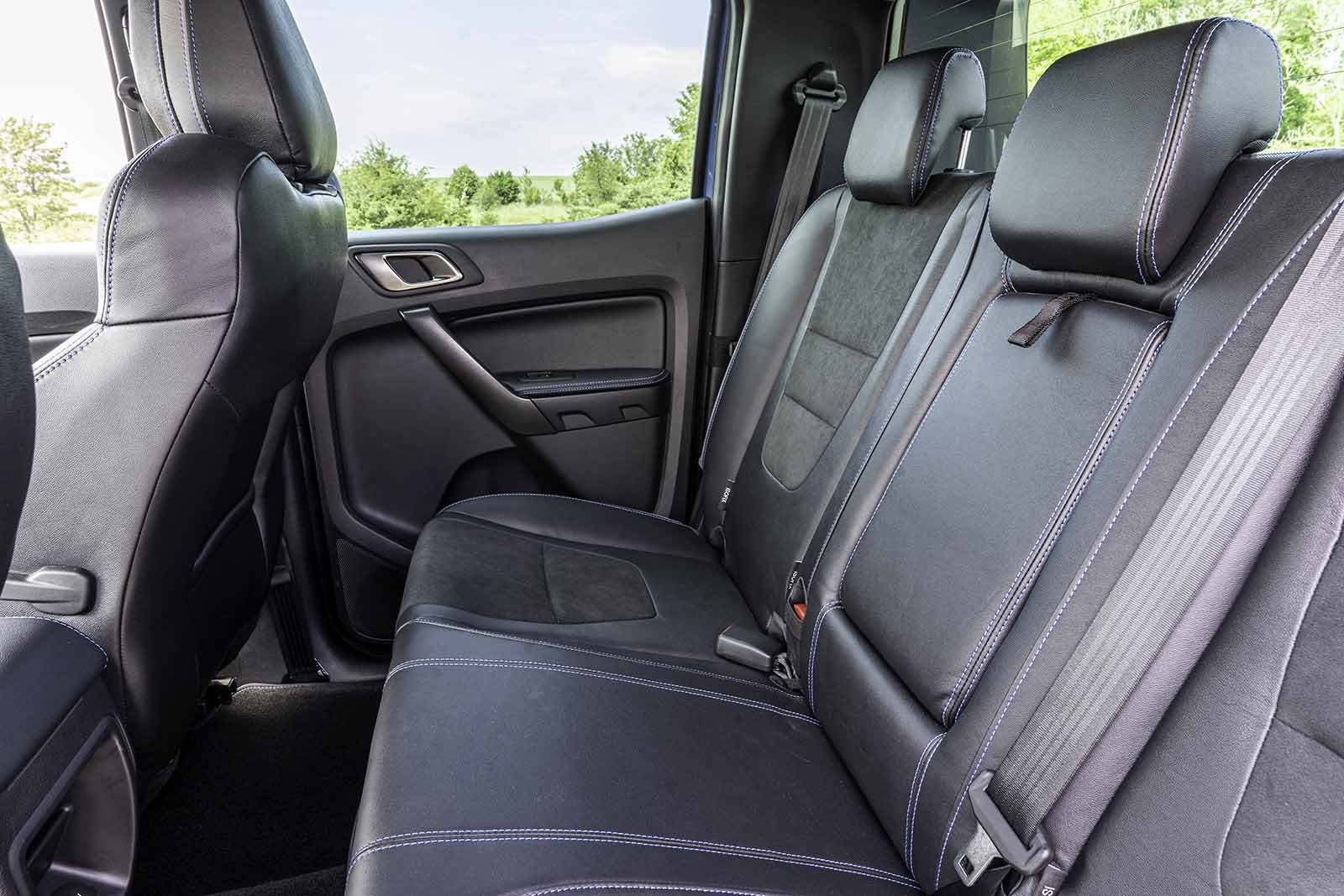