Before you get overly excited about a van with a small petrol engine, heed this warning: the 1.0-litre Ford EcoBoost engine is exceptionally impressive in its own right, but it is not always ideal for a commercial vehicle; its 125lb ft of torque falls short of what it takes for hauling a fully loaded van.

For more versatility, you’ll want the 1.5-litre Duratorq TDCi engine. Its two versions produce 74bhp with 140lb ft of torque and 98bhp with 159lb ft. The difference between the petrol engine and the less powerful of the two diesels is like night and day, but so too is the jump between the 74 and 98bhp diesel. While the lower-powered unit needs to be worked hard to stay on song, the higher powered one has a far wider power and torque range.

As the Courier is based on the Ford Fiesta, it shares many of the small car's driving charms. The handling is sharp and the steering is really communicative – neither common traits of a commercial vehicle.

The front suspension uses independent MacPherson struts with coil springs and an anti-roll bar, while the rear setup is a torsion beam with coil springs. As is the way with Ford’s suspension settings, the ride is firm when unladen but with a small amount of weight on board the Courier settles nicely into the road. It does feel like quite a heavy van at times though, weighing in at nearly 1.2 tonnes.

The overall visibility is good, with narrow A-pillars and decent wing mirrors. What's more, very little road, wind or engine noise penetrates the cab, making for a van that's relaxing as well as fun to drive. 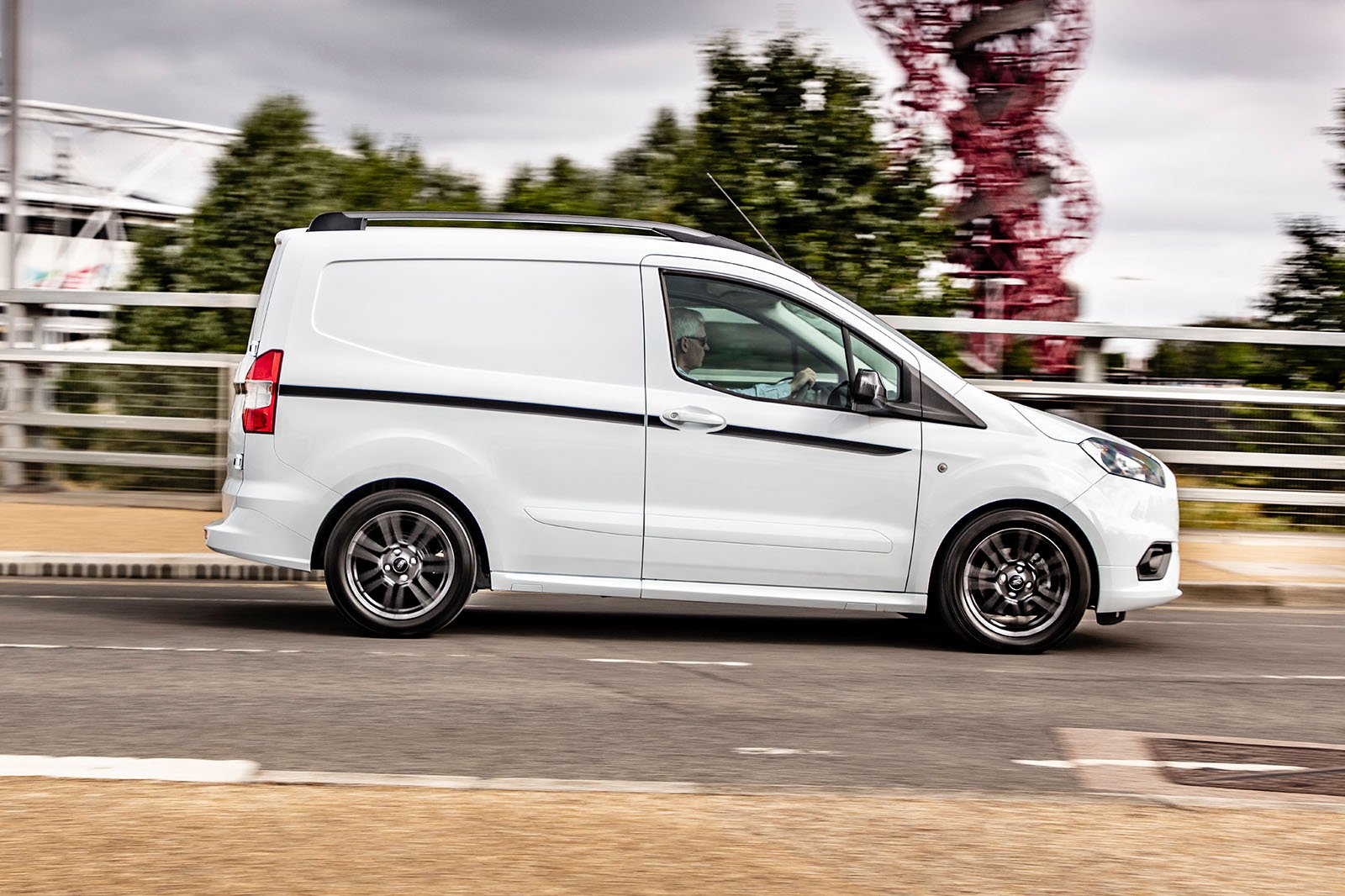