Mazda 2 buyers can choose from two naturally aspirated 1.5-litre Skyactiv-G petrol engines, although entry-level SE-L models can’t have the higher-powered 89bhp version. Neither is turbocharged – unlike the engines of most rivals – and this means you need to rev the engine quite hard if you want the car to feel as quick as its claimed acceleration figures suggest – it’s around 2.0sec quicker from 0-62mph than the turbocharged 94bhp Ecoboost Ford Fiesta.

Both engines feature a mild-hybrid set-up that helps reduce CO2 emissions and also helps the stop-start system to operate smoothly when pulling away from traffic lights, for example.

We’re yet to try the entry-level 74bhp version, but we think it will simply be too underpowered for most drivers. An automatic gearbox is available exclusively with the 89bhp engine.

SE-L and SE-L Nav get 15in wheels, and these offer the smoothest ride. Shod with deeper tyre sidewalls than the larger wheels, they allow the 2 to smooth the edges off large bumps such as speed humps. However, there’s no getting away from the fact that the 2 is still a little on the firm side; when you encounter potholes and broken tarmac, you tend to be jostled around. The larger 16in wheels that more expensive Sport Nav and GT Sport Nav models come with only exacerbate the issue, making bumps feel even more abrupt.

We wouldn’t call any Mazda 2 uncomfortable, but if you’re looking for the best-riding cars in the class, the Ford Fiesta and Volkswagen Polo should be top of your list.

When you’re pressing on, the 2's steering doesn’t tell you much about how much grip the front wheels have on the road, and the ultimate grip levels aren’t especially high. On the plus side, the weight of the 2’s steering is consistently well judged, whether you’re scooting through town or cornering hard, and the body stays relatively level in bends thanks to that firmer-than-usual suspension.

If you fancy something more capable and entertaining on a twisty road, we’d steer you towards a Ford Fiesta or Seat Ibiza.

Cars in this class aren’t always very adept at isolating wind and road noise, The engines also sound coarse when revved – especially compared with rivals’ motors, such as the Fiesta’s 1.0 petrol – and sends vibrations through the steering wheel and pedals, too.

Although the Mazda’s 2020 update added extra sound-deadening material to the interior and door sills, it still lags behind the Fiesta and Polo when it comes to quietness and relaxation on a long journey. 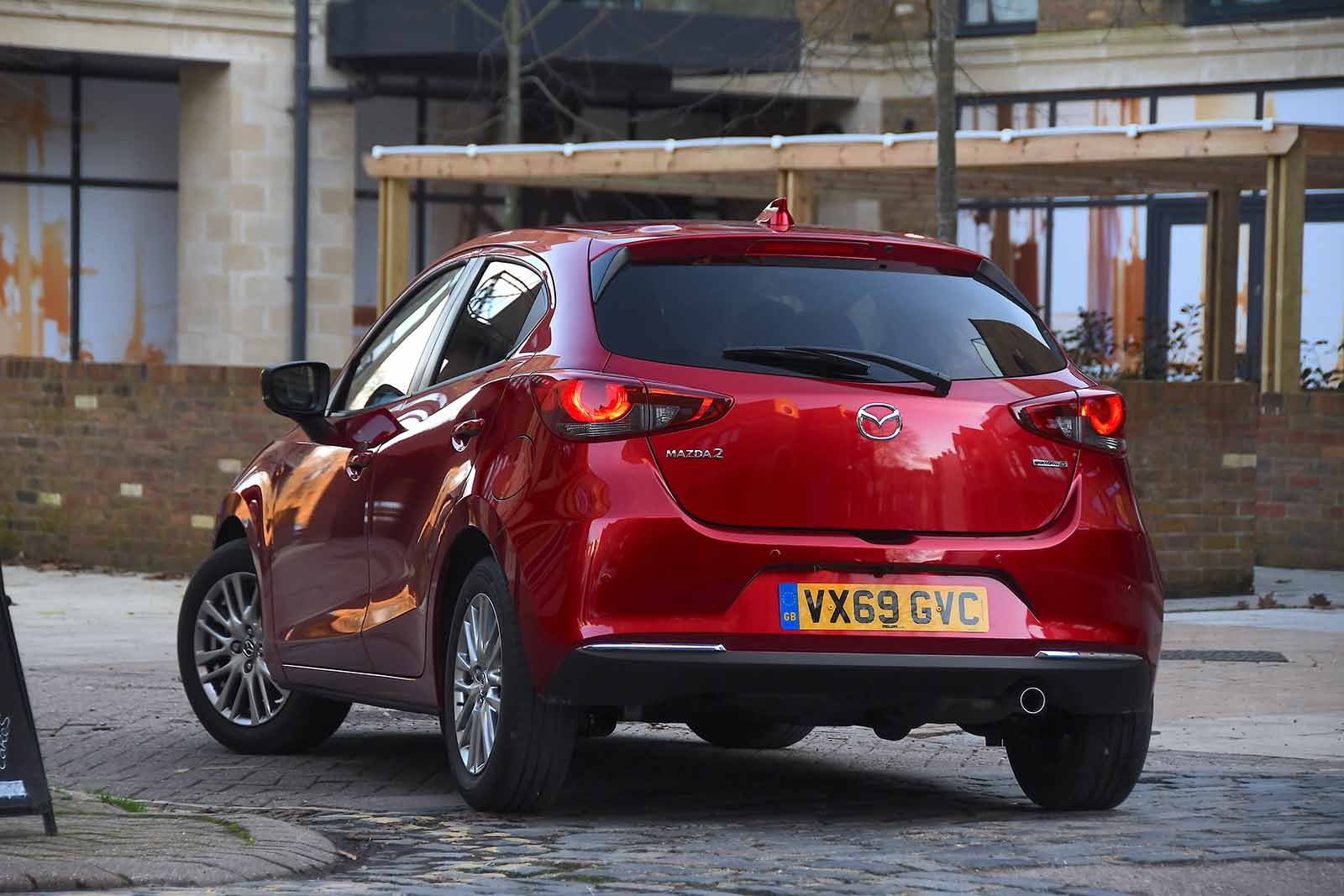