Despite its small dimensions, the Mazda 2 offers plenty of space for two adults in the front. There’s enough leg and elbow room, and even six-footers won’t find their heads against the roof-lining.

The rear seats don’t offer any sliding or reclining ability, but that’s not unusual in the small car class. They can be split and folded in a 60/40 configuration, though.

The 2’s boot isn’t the car's greatest asset. It's smaller than those of the Fiesta and Polo, and especially the Skoda Fabia. It doesn’t have the largest of apertures, either: its curved corners make loading bigger items awkward and there’s an inconveniently high lip over which you must lift things in and out.

If you fold down the rear seats, the extended space created is still smaller than rivals can muster. The boot floor isn’t height-adjustable, and a large step forms when the seats are folded. This makes it tricky to slide in heavy items. 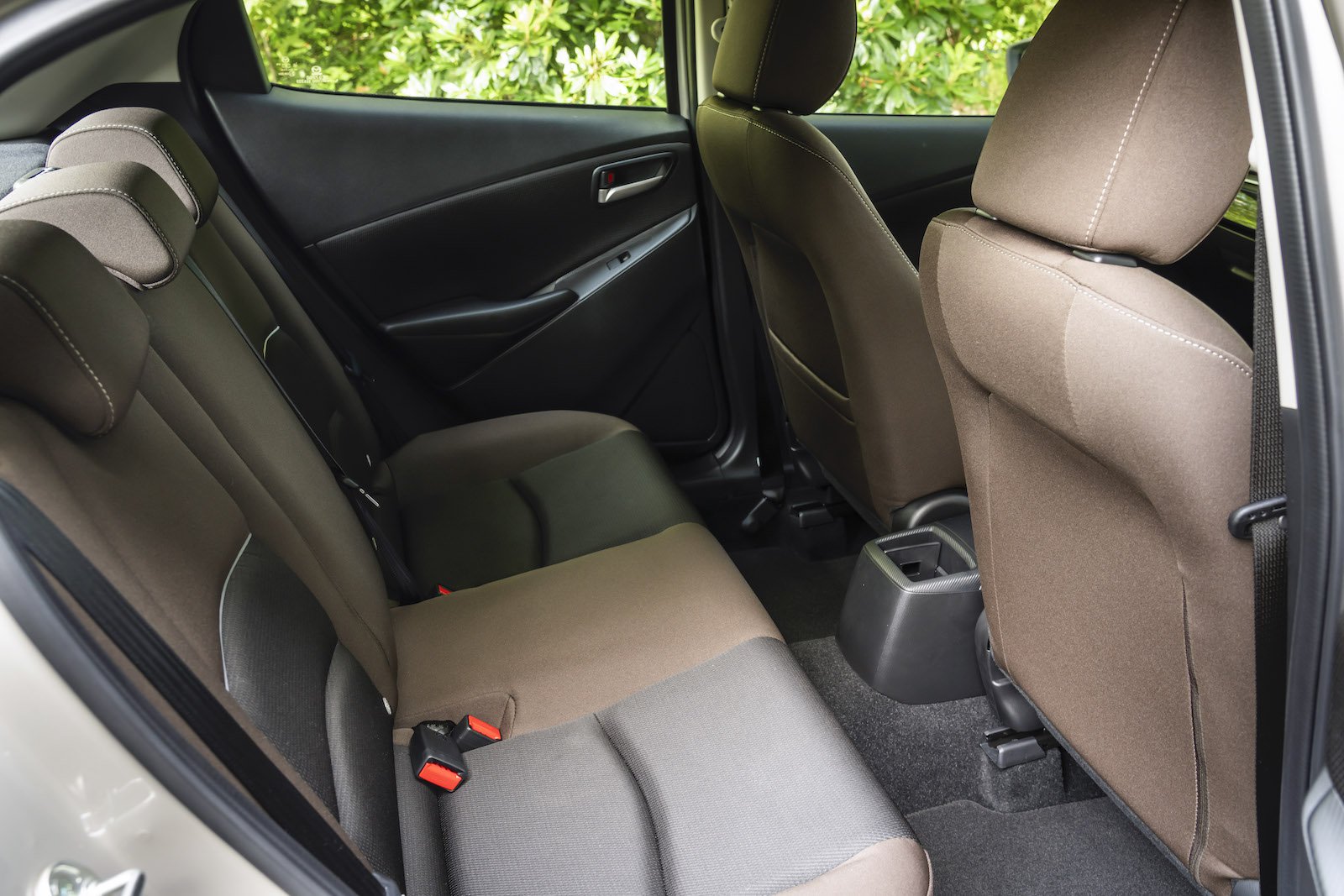