Front space is generous and there are plenty of handy places to store oddments, including a hinged compartment ahead of the infotainment dial, a central cubby beneath the splitting armrest and well-sized door bins. Very tall drivers might find their head room is marginal when the panoramic roof is fitted, but for most people there will be plenty of head and leg room.

While the C Class Estate has belts for five, only two can occupy the rear seats in comfort. Again, the panoramic optional roof restricts head room slightly for the very tall. Anyone using the middle seat will find themselves shoulder-to-shoulder with other occupants, with their legs splayed around the wide floor hump.

This contrasts with the comparatively wide rear bench of the Audi A4 Avant and the generous rear space of the BMW 3 Series Touring, both of which offer reasonable comfort even for the middle passenger.

The door bins are usefully large, though.

Where SUVs can offer the usefulness of sliding and reclining rear seats, there’s less scope for such seating flexibility in a traditional estate. With the C Class you get rear seats that simply split and fold in a 40/20/40 configuration to make extra room for luggage. There’s no way to folf the front passenger seatback flat when you want to carry particularly long loads.

More positively, the front passenger seat gets electric height adjustment as standard, while fully electric seat adjustment is an option on Sport versions and above. 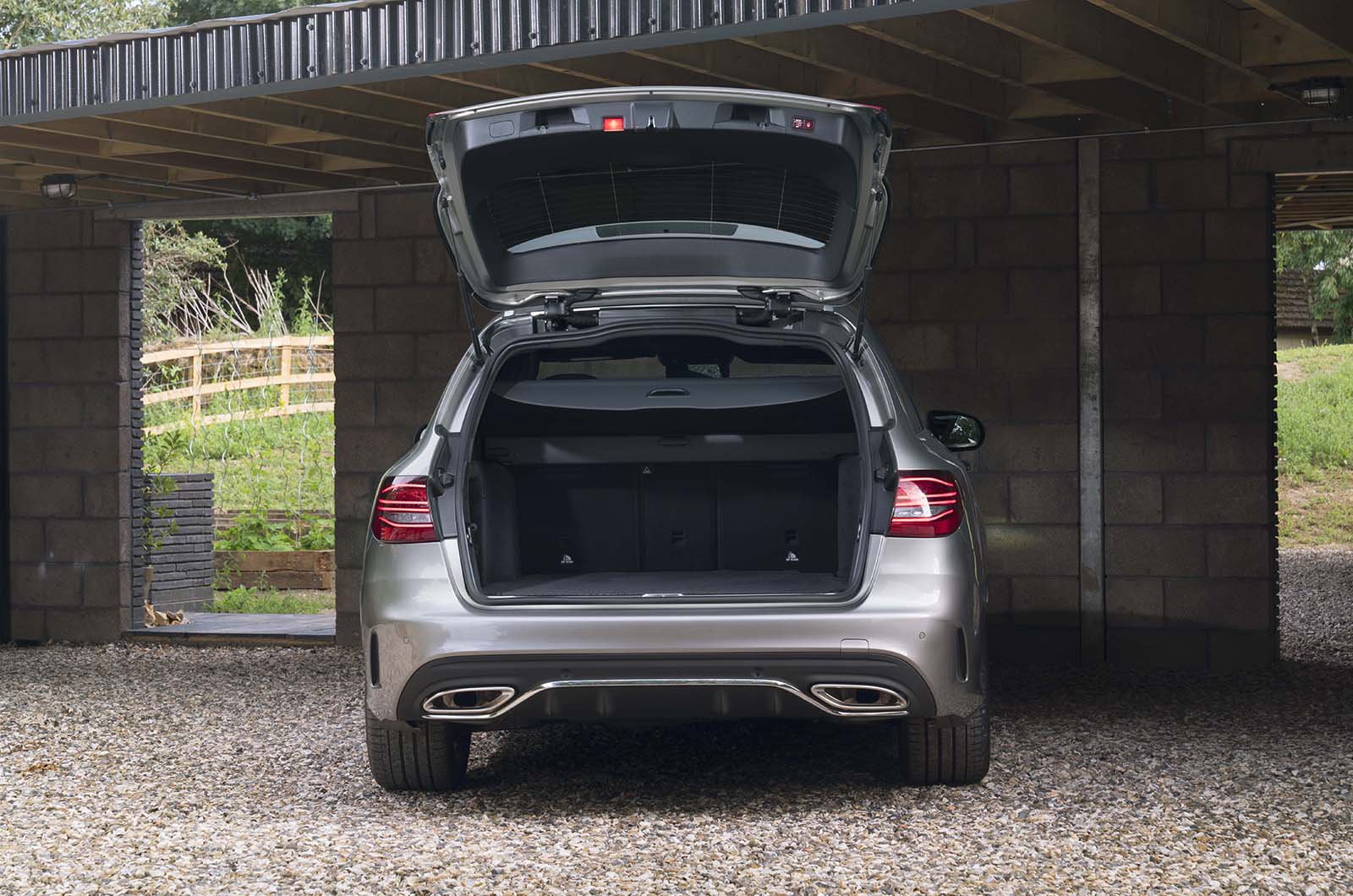 Every C-Class Estate has an electric tailgate as standard, with a motorised luggage cover that rises automatically. Boot space is 460 litres with the rear seats up (440 for the C200), extending to 1480 (1460 for the C200) litres when they’re folded. To give you some context and how that compares to its rivals, we fitted six carry-on suitcases below the load cover and with the rear seats in place; that compares with seven in an A4 Avant and eight in a V60. The Mercedes has a low load lip and also benefits from some useful under-floor storage.

Rather disappointing, though, is how much less practical the C300e and C300de plug-in hybrid models’ boots are. Both are afflicted by a large box that runs across the full width of the boot, behind the rear seat. Not only does it reduce overall capacity to 315 litres (1355 with the seats lowered), but it takes away any facility to slide long loads through into the rear seats. It’s a particular let-down in a car that ought to have practicality among its key features.