Mazda will launch the next generation 2 early in 2015, ready to take on the Ford Fiesta and new versions of the Skoda Fabia and Vauxhall Corsa. Will it stand a fighting chance?...

The current Mazda 2 has a reputation for fine handling and a relatively keen price but it falls down on refinement and ride quality. The Japanese firm believes it has the answer with the next generation of the car, which is due on sale by the end of the year; we got the chance to drive an early prototype.

The new 2 gets Mazda's Skyactiv fuel saving technologies. First introduced on the CX-5, and already a feature on the 3 and the 6, they're designed to extract the most from the combustion engine, without the need for expensive hybrid systems. It basically mixes lightweight construction with high-tech petrol and diesel engines and the results are some promising figures.

Mazda has yet to announce precise stats on the 2, but has already hinted that the diesel model will dip under 90g/km of CO2 emissions, and the cleanest petrol is expected to emit less than 100g/km.

First, the good news. The existing 2's core strengths - sweet steering and fine body control - appear to have been transferred successfully to this new chassis, which uses MacPherson struts at the front and a simple torsion beam at the rear.

The 2 has a decent amount of front-end bite as you turn in to a corner, and if you're simply trying too hard then the front wheels just wash out towards the outside of the turn. It feels like a very safe set-up, helped further by consistently weighted steering, and a body that manages to resist a lot of roll mid-corner.

The trade-off for this kind of handling agility is normally a spine-jarring ride. While it's hard to give a definitive verdict on comfort after only a few laps of a race circuit, even on the prototype's modest 15in alloy wheels it feels at least as firm as the Ford Fiesta, and a fair bit stiffer than anything from Hyundai or Kia. However, judging by its performance along broken concrete in the pitlane of Mazda's Mine test facility, it's not too fidgety or uncomfortable at low speed.

Of greater concern is the powerplant, because our test car was fitted with the 74bhp version of the 1.5-litre petrol engine, and it definitely feels like a motor with its wings clipped in the name of economy and CO2 emissions.

Acceleration is a more strenuous task than it ought to be for a 1.5-litre supermini, and while the engine will go right through to the redline happily enough, it has a couple of noticeable flat spots in performance as you move up through the rev range.

This engine gets a five-speed transmission, and while it's a slick enough gearbox, with a pleasingly short throw, it does mean that you have to work the engine hard in all of the available ratios; there's none of the low-end grunt that you get in a small turbocharged engine like VW's 1.2 TSI or Ford's 1.0-litre Ecoboost.

At least one other version of the petrol engine will be available - with 101bhp and a six-speed gearbox - but Mazda sources have yet to confirm if it'll make it to the UK. We sincerely hope that it does, because it sounds like it could solve some of the lower-powered unit's problems.

We can't comment on the perceived quality of the cabin because this early example had a rough-and-ready level of finish. However, the 2 has a decent amount of space up front and a layout that's similar to the existing 3's.

That means a screen mounted high up in the centre of the dashboard, simple ventilation dials below it and then a rotary dial controller for the infotainment system between the front seats.

Space in the back is more of an issue, because rear legroom is likely to be tight for anyone who's six feet tall and over. The boot, meanwhile, has a decent shape and its capacity looks respectable (Mazda has yet to provide exact figures), but its deep floor means that there's a high lip to lift loads over to drop them inside.

In summary, it looks like practicality is a lower priority for the 2's engineers than it is on, for example, the next generation of Vauxhall Corsa (we drove a prototype of that car recently and were more impressed by its rear space).

You can't yet. The final production version of the 2 hasn't even been unveiled in Japan, and we won't get cars in the UK until the autumn, ahead of serious deliveries starting early in 2015.

We'd expect pricing for the lower powered petrol we drove to start at roughly the same level as the current car, from around £11,000 upwards.  That pitches the 2 above the entry-level Ford Fiesta, and it's also likely to look expensive compared with the basic editions of two forthcoming rivals, the next-gen Corsa and the all-new Skoda Fabia.

On the basis of this drive, the 2 does feel like it has the potential to be in the mix against the class leaders, as long as it gets the right combination of engine and transmission when it arrives in the UK. 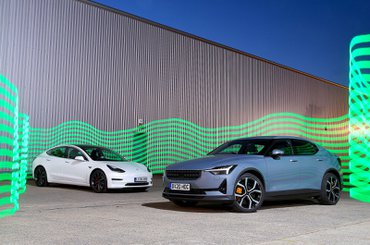