Is the new range-topping Ford Ranger Raptor the ultimate pick-up truck? We've just driven it in the UK for the first time to find out...

Think you've heard the 'Raptor' name before? That might be because the Ford Ranger Raptor has a much older and larger American big brother: the F-150 Raptor. But while that is an enormous V6-powered behemoth made for those on the other side of the Atlantic, this new Ranger Raptor is the scaled-down version for the rest of the world. 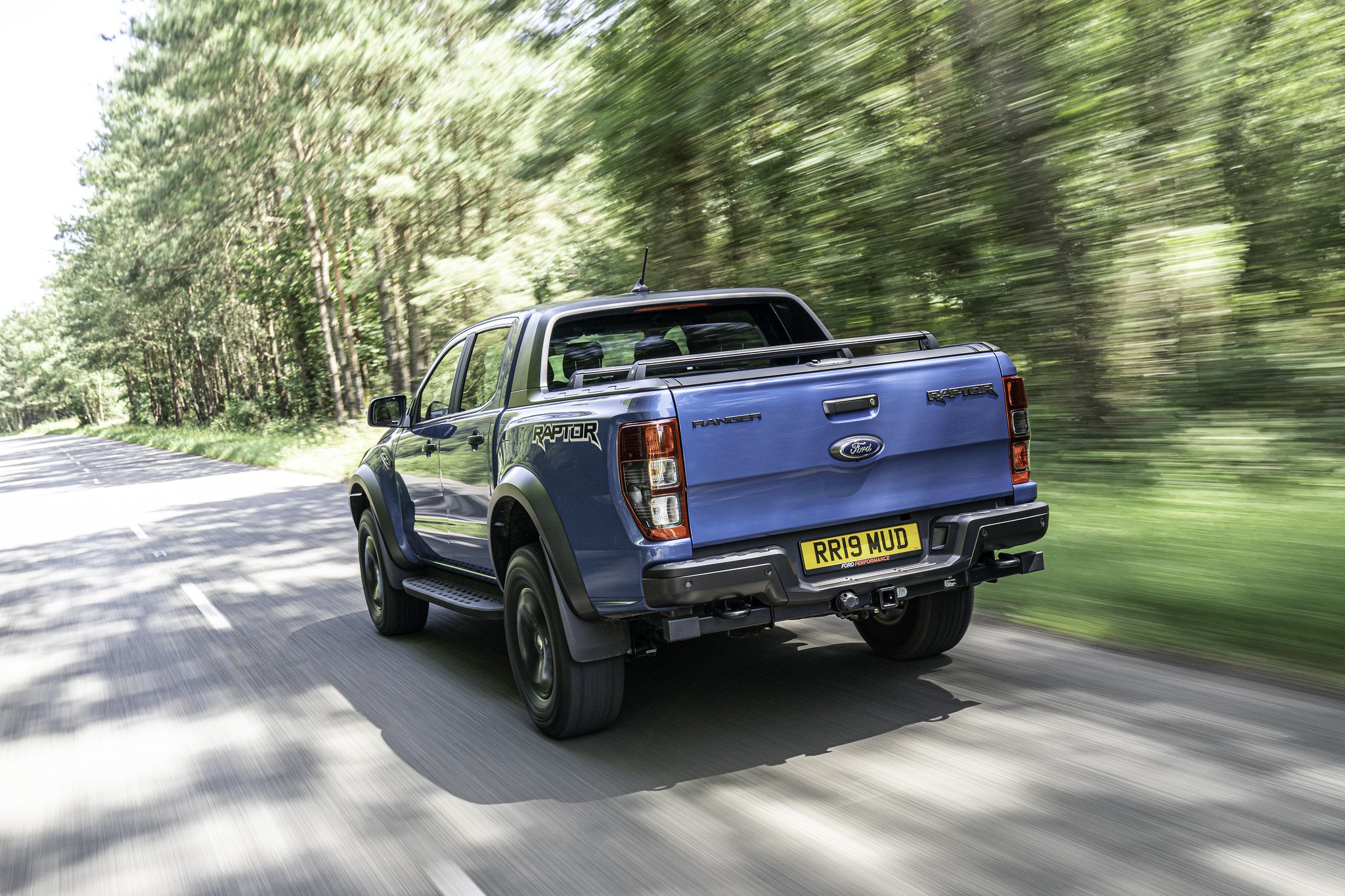 It still draws on the F-150 Raptor's yeehaw-cowboy performance-focused intent, but not on quite the same scale. So, is it a brilliant new take on Europe's best-selling pick-up, or has Uncle Sam corrupted the Ranger? 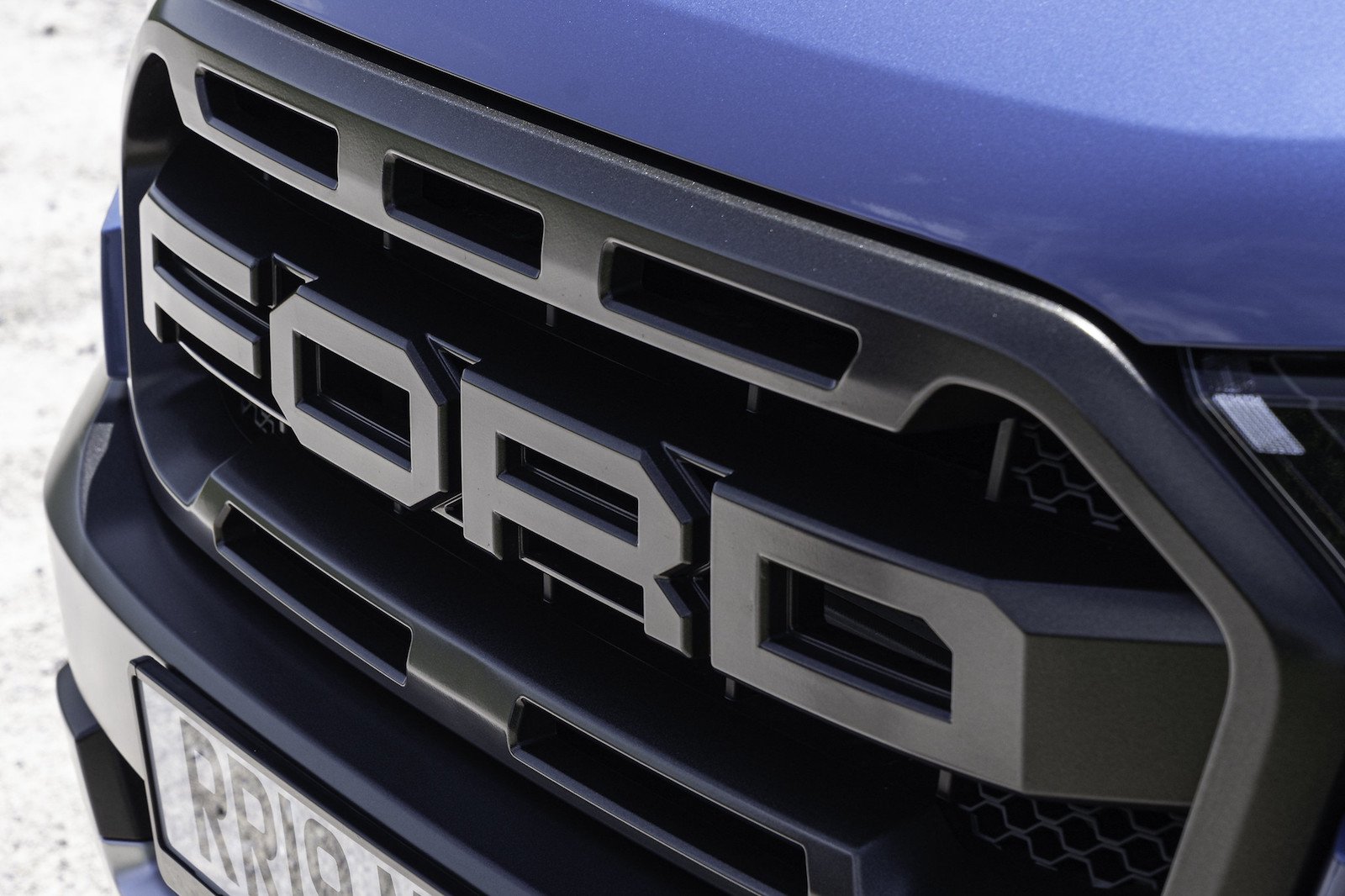 The Ranger Raptor sits at the top of the Ranger line-up, above the XL, XLT, Limited and Wildtrak trim levels. It gets a number of visual changes, including a redesigned front grille that visually draws on the F-150 Raptor's snout.

The design of the front and rear bumpers has also been tweaked, while there are heavy-duty running boards on both sides and optional Raptor branding is available with either the grey or Performance Blue paint finishes on offer. 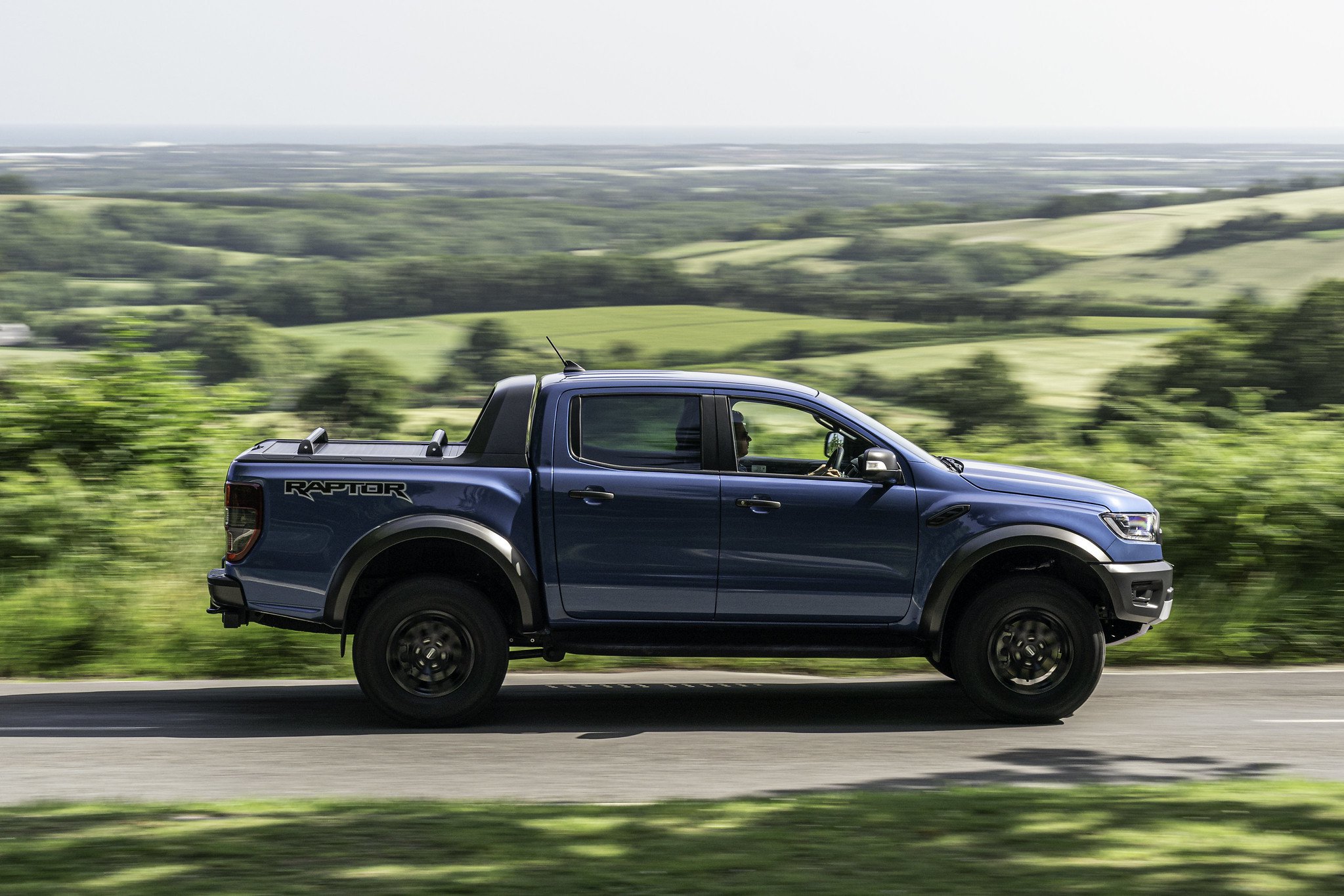 The Raptor is also marginally wider and longer than the standard Ranger, with very slightly increased angles of approach and departure (noteworthy when you consider that the Ranger has some of the best approach and departure angles in the class, even in its standard form) as well as 2.3mm-thick steel bash plates to help deflect off-road obstacles.

If that weren't enough, the Raptor's chassis is different from that of other models in the range to give it more strength for serious off-road abuse. 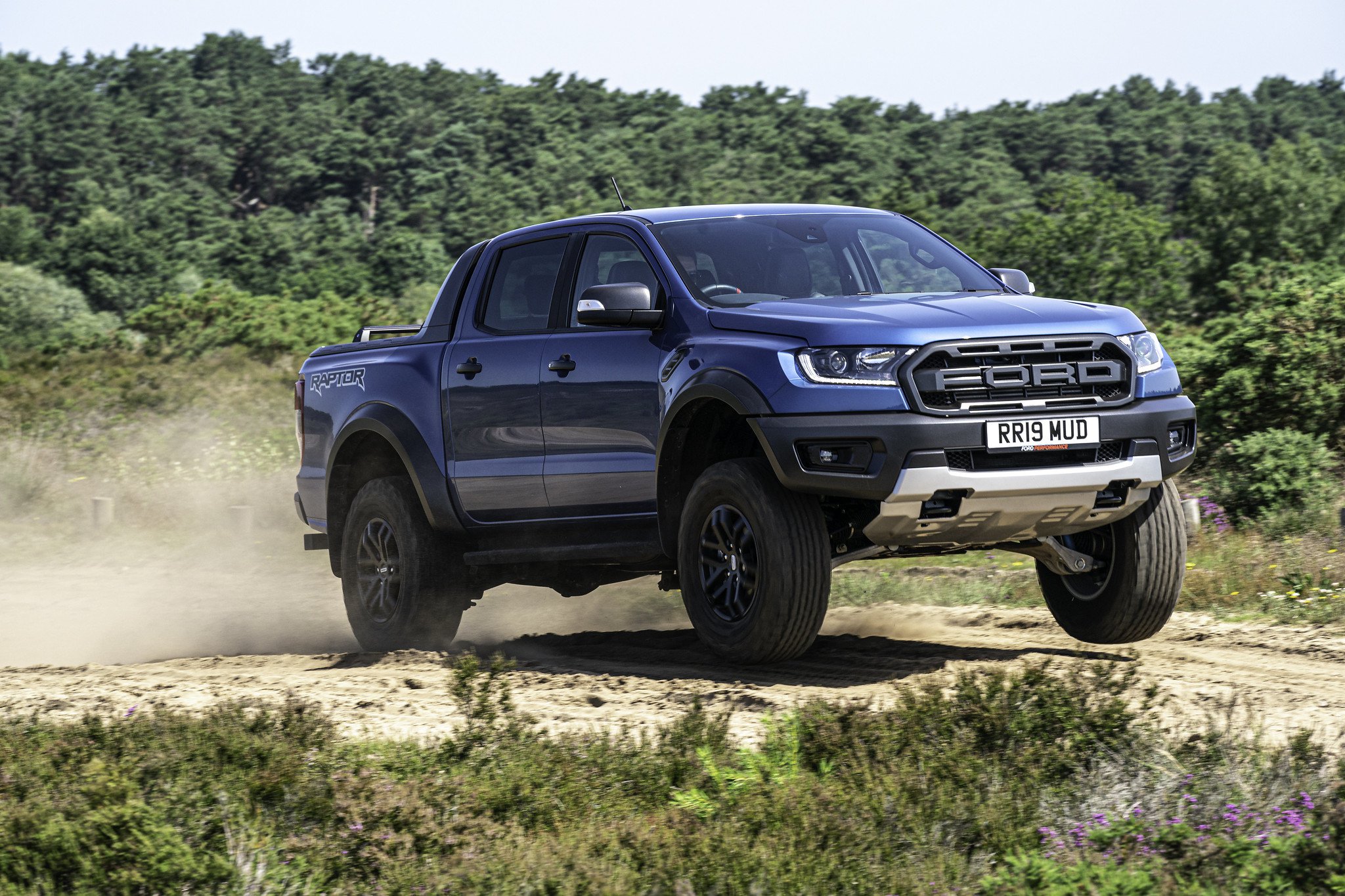 A set of 17in alloy wheels is fitted, with enormous BF Goodrich off-road tyres that measure 33in by 11in. Their huge, tough sidewalls mean they can absorb a great deal of punishment when pounding over tricky terrain off the beaten track, and they offer plenty of grip even in tough conditions.

They also help the pick-up to sit 50mm higher off the ground than the standard Ranger. But despite their aggressive tread pattern, there's surprisingly little tyre roar, even on the motorway. 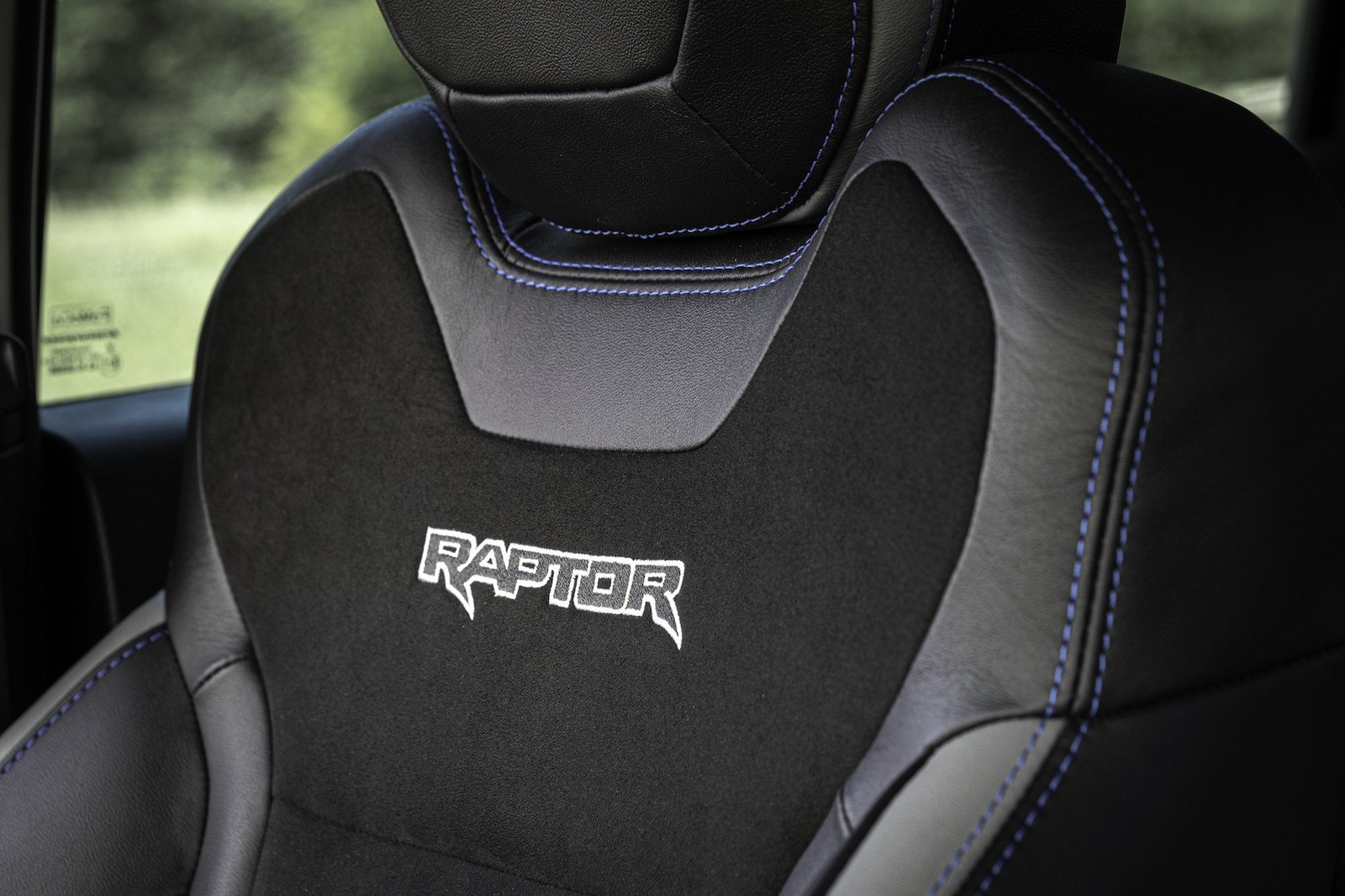 You also get bespoke seats, which hug you nicely through corners, thanks in part to having suede centres, and remain comfortable even when you're bouncing down heavily rutted country tracks. Electric adjustment is standard, as is lumbar support.

But the Ranger Raptor has even more mechanical differences compared with the standard model to make it the most capable variant in the range. So, what's it like when you really get going? Click on to the next page to find out...

Next: What's the Ford Ranger Raptor like to drive? >