Can a new, more powerful hybrid system push the Toyota C-HR to the top of the family SUV class?... 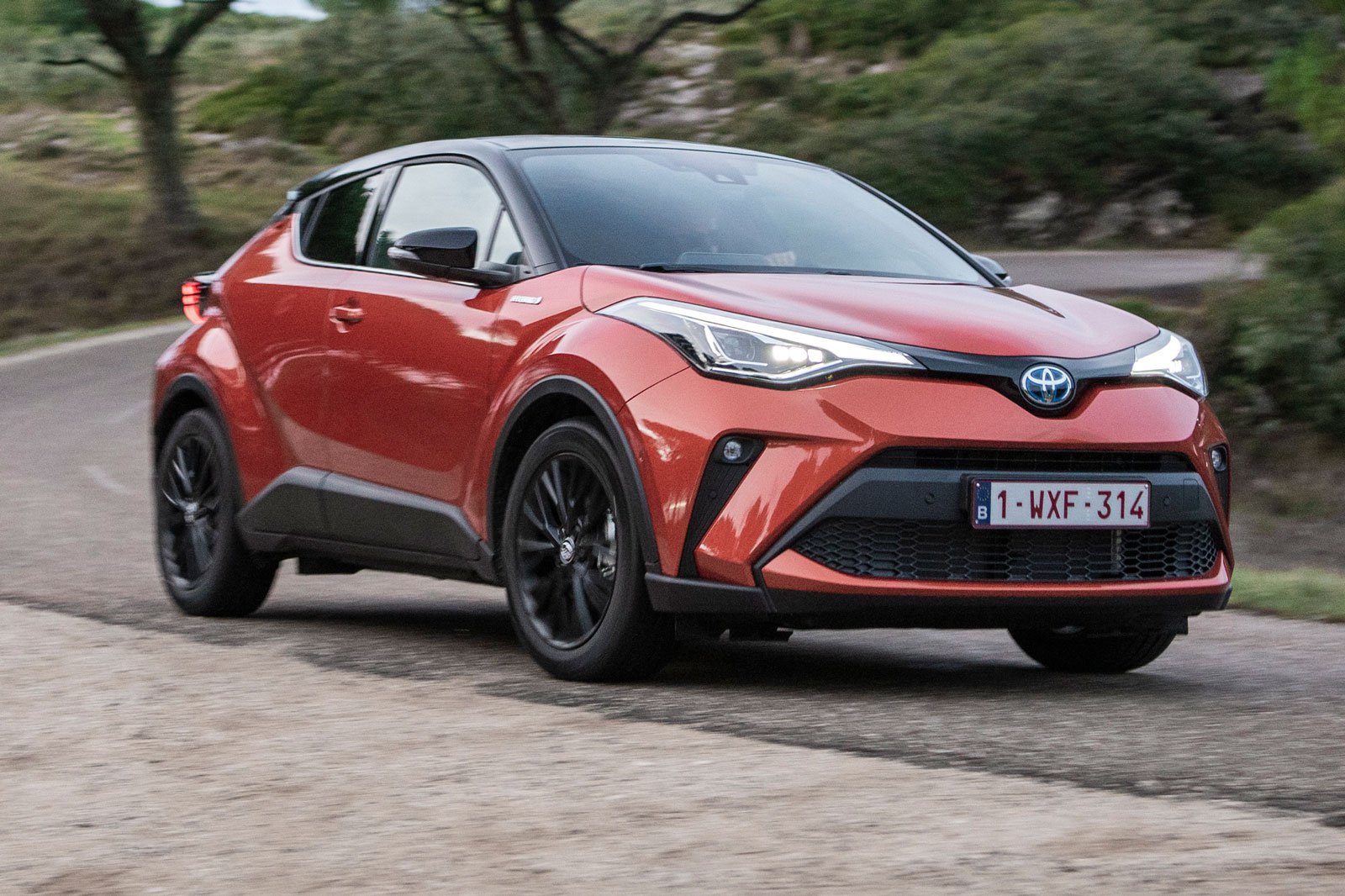 In Japan, Toyota is much more than just a car maker. In fact, it’s such a massive company that it even has its own city (rather unimaginatively called Toyota) that’s slightly bigger than Coventry to house its employees. Having such a huge workforce allows it to not only have a broad range of global models but also gives it the ability to create cars for specific markets. Cars like the Toyota C-HR – a family SUV designed to appeal specifically to European tastes.

This has clearly paid off, because the C-HR is one of the best sellers in its class. However, popularity isn't always proof of ability; the 1.8-litre hybrid version is actually rather disappointing to drive. So, as part of a general mid-life refresh, Toyota has introduced a more powerful, 2.0-litre hybrid option.

Other changes include subtle styling tweaks, such as repositioned foglights, and improvements to the interior quality and infotainment system. But are these upgrades sufficient to make the C-HR a match for the class-leading Skoda Karoq, and is the 2.0-litre now the pick of the range? Let’s find out. 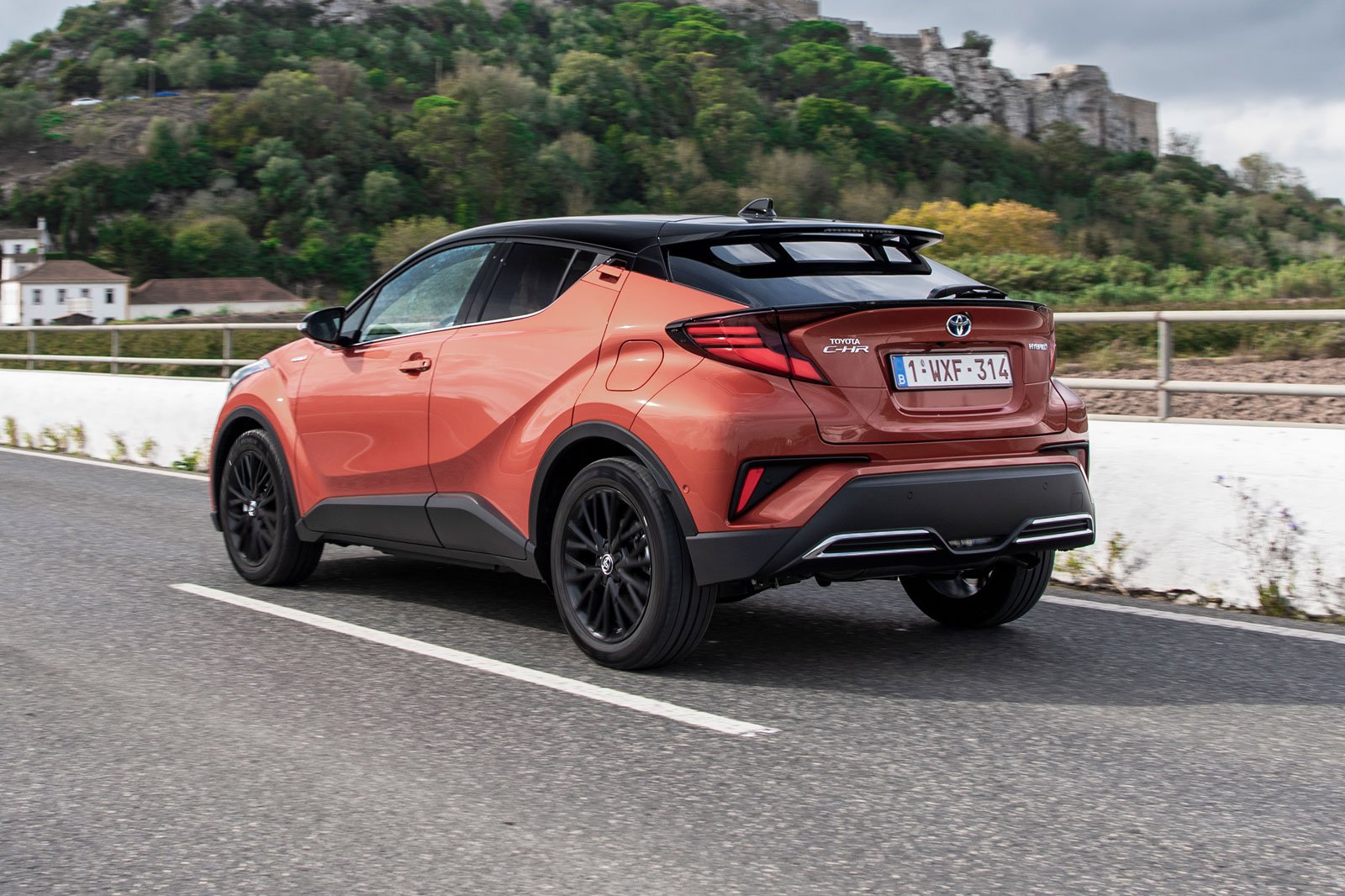 The new 2.0-litre hybrid has 62bhp more than the 1.8-litre hybrid, taking total power up to 182bhp. That puts it in line with the 187bhp 2.0-litre petrol engine available in the Karoq and the T4 petrol version of the pricier Volvo XC40.

The Karoq is still nearly a second quicker than the C-HR in the benchmark 0-62mph sprint, but the C-HR feels at least as lively in urban driving, thanks to its electric motor giving you a boost when setting off. Indeed, the C-HR positively zips away from the lights, although it doesn't build speed as easily as the Karoq on faster roads.

Refinement, on the other hand, is impressive at all speeds. The C-HR lets you run on near-silent electric power much of the time in stop-start traffic, and while it needs to use the engine when cruising at the national limit, you can't really hear it. There’s just a hint of wind noise coming from around the base of the windscreen, too. And although road noise is more pronounced, it’s not any louder than you experience in rivals.

True, flooring the accelerator does send revs soaring for an extended period, but the engine never sounds coarse or overly loud, thanks to extra sound deadening under the bonnet of the facelifted model.

Over larger bumps, the C-HR isn't as absorbent as the Karoq, but most imperfections in the road surface are ironed out agreeably, and those that you do feel don’t send the same shudder through the interior that you can experience in the Peugeot 3008.

Handling is another plus point. You may have a bit more fun chucking a Seat Ateca down a twisty road, but the C-HR handles a set of quick direction changes better than most other family SUVs, thanks to direct and accurate steering and minimal body lean. 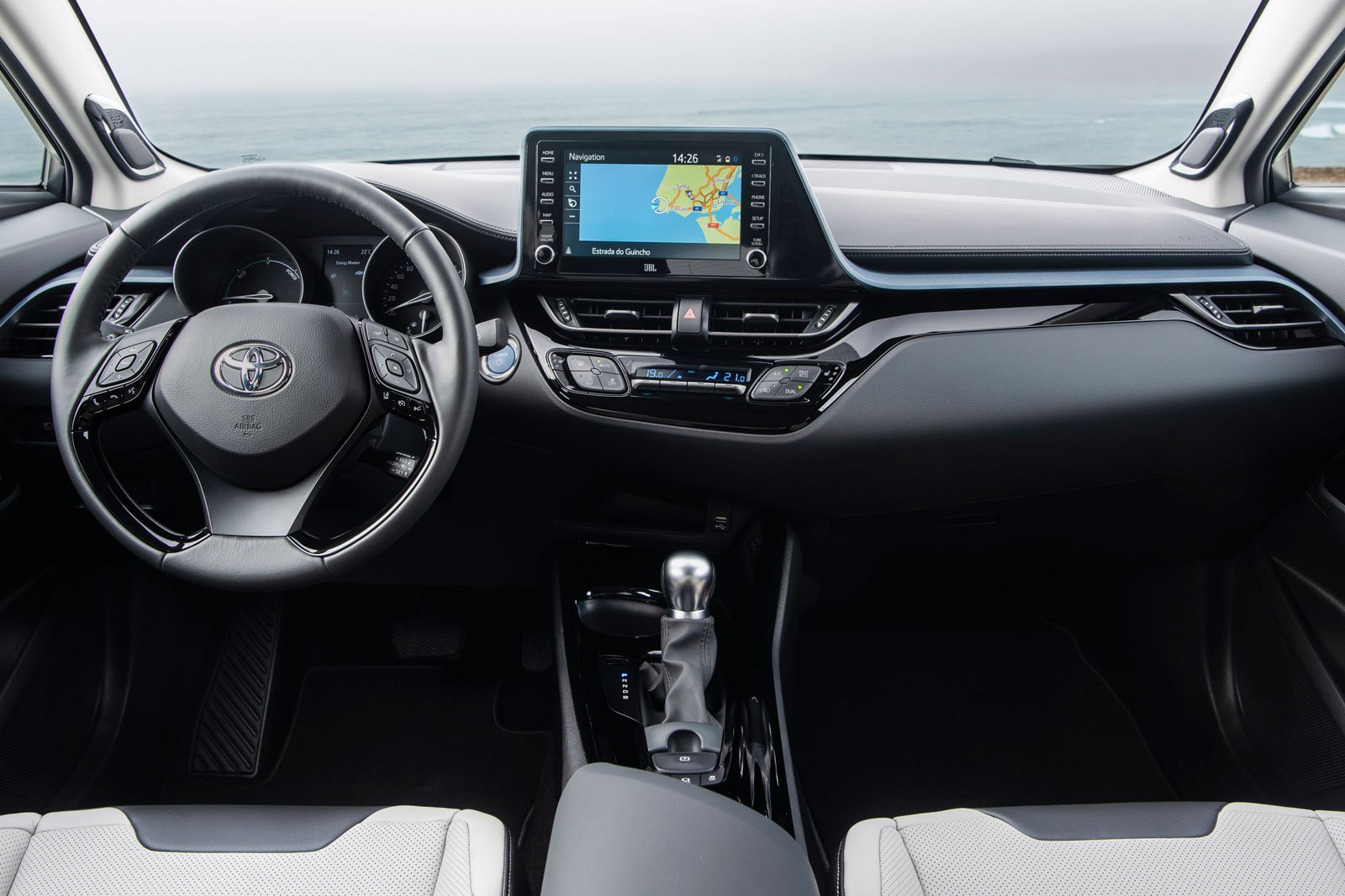 Inside, the biggest change is the introduction of Apple CarPlay and Android Auto. These allow you to operate your favourite smartphone apps through the car’s touchscreen and bypass Toyota's own infotainment software, which remains laggy and distracting to use, despite an upgrade.

Elsewhere, there's now more soft-touch plastic on the doors, although the C-HR still doesn't feel quite as plush as the Karoq or 3008. And while the the front seats now feature extra side bolstering, they don't actually hold you in place particularly well.

On top of that, rear space remains disappointing, with leg and head room barely any better than that offered by cars from the class below. If you want to know more about how the C-HR stacks up next to rivals for practicality, have a look at our full 16-point review.