Moving into its fourth generation, the all-new Toyota Yaris combines improved efficiency with a dose of extra driver appeal... 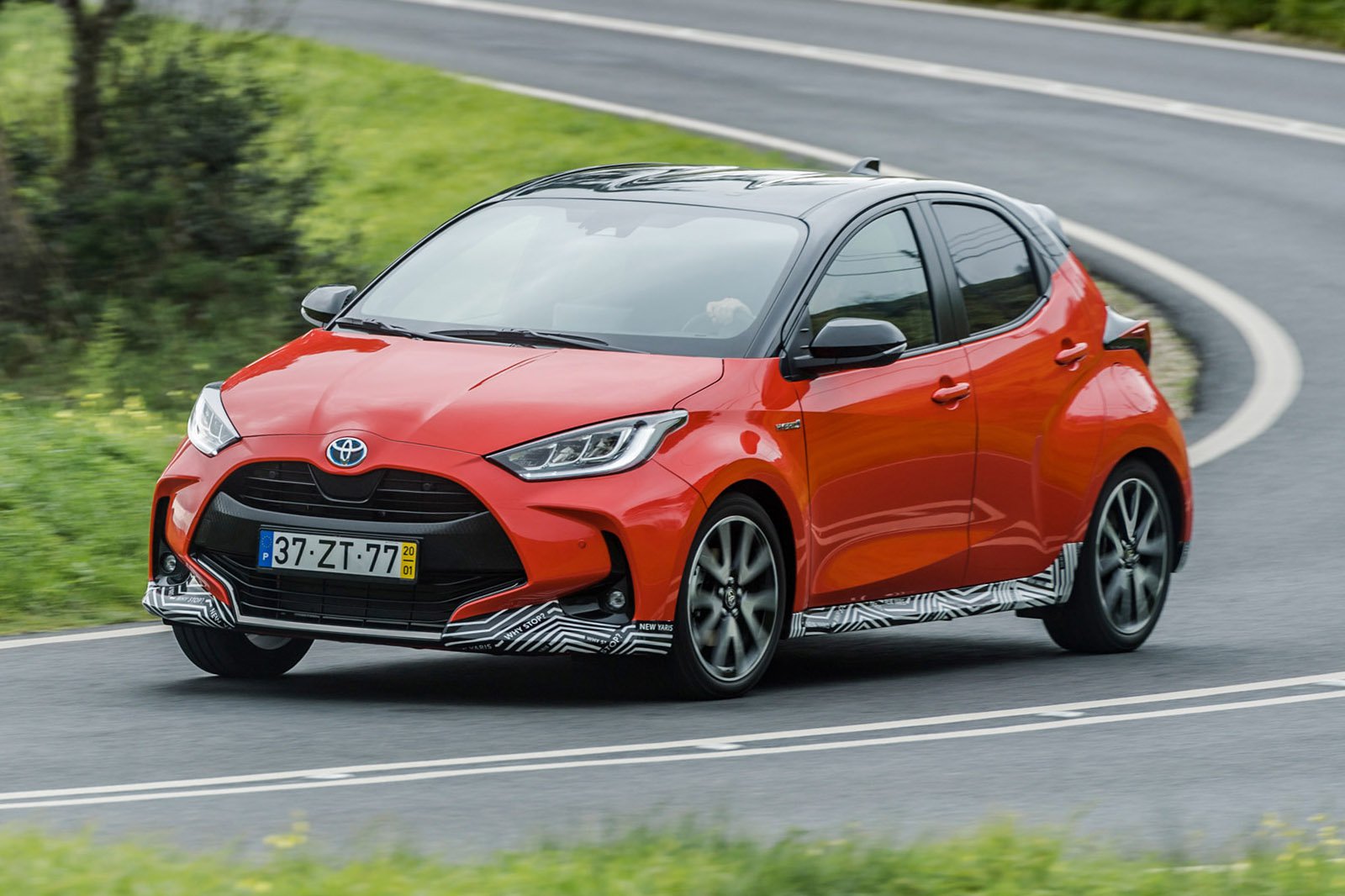 With an ever-increasing number of small, affordable cars turning to electricity to improve or even eradicate carbon emissions, Toyota must be feeling pretty smug with itself. That’s because since 2012 you’ve been able to buy a hybrid version of the Toyota Yaris that emits less than 100g/km of CO2.

After eight years, though, it’s now time to say goodbye to that third-generation Yaris, and hello to this all-new, fourth-generation model. And when we say ‘all-new’, we really do mean it. For a start, it's based on fresh underpinnings, while under the bonnet there's a brand-new 1.5-litre three-cylinder engine . The battery is smaller, lighter and yet more powerful than before, plus there’s tons of new safety kit.

Unusually, for a new car, the Yaris hasn’t had a growth spurt. In fact, it’s fractionally shorter and a little bit lower than its predecessor. Sure, it’s a bit wider these days, but who doesn’t put on a bit of padding around the hips with age?

Although deliveries won't start until September this year, we were invited to drive a late prototype to see how things are progressing. 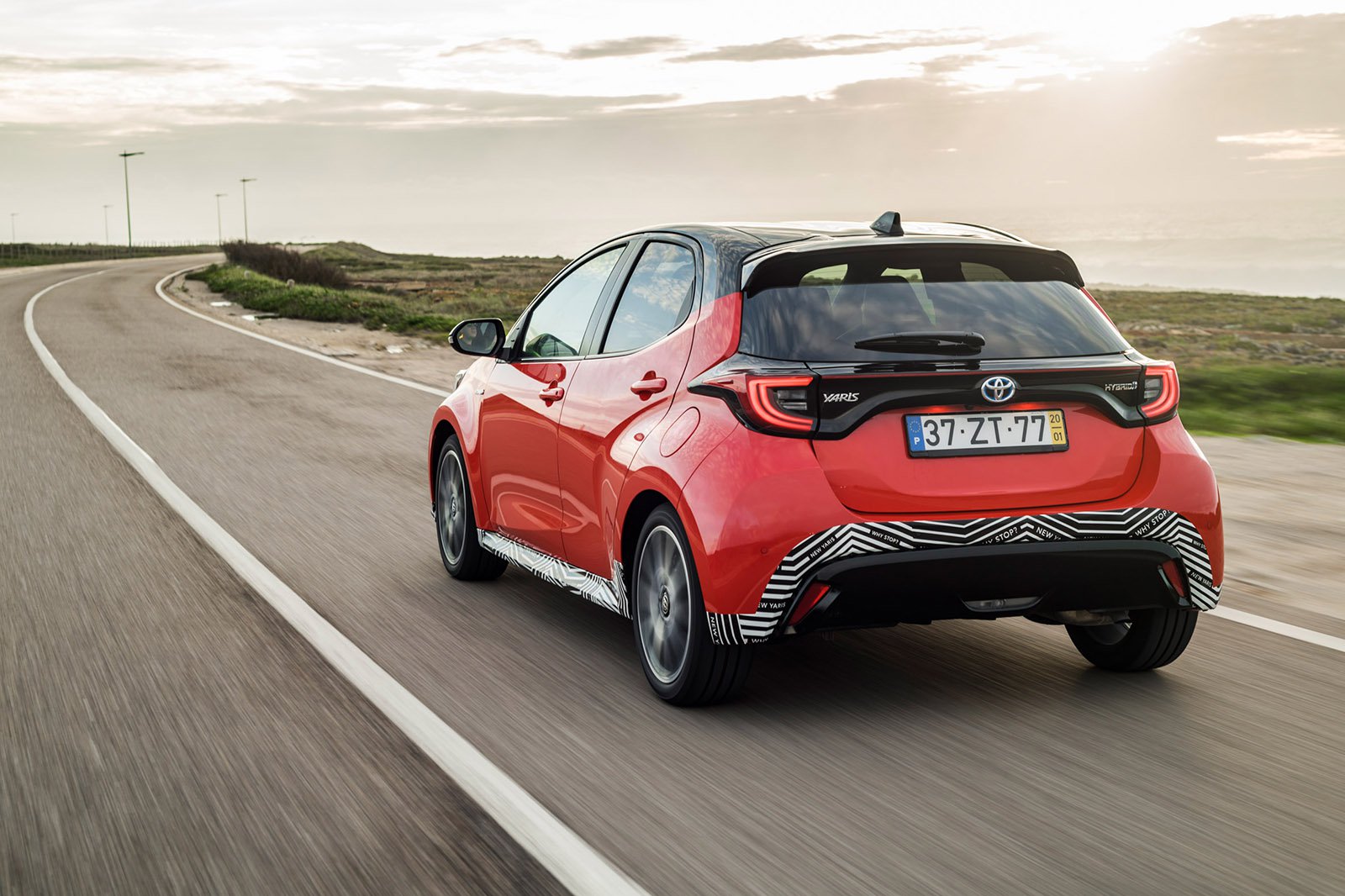 Look under the bonnet and you’ll find that the Yaris’s heart is actually the strongest it’s ever been. Between the two electric motors and the petrol engine, total power is now 114bhp, with 0-62mph taking a respectable 10.3sec. It’s not the outright performance that you’ll appreciate the most, though, but the way it's delivered that’s one of the biggest steps forward.

That’s because the new car’s engine is far quieter and doesn’t need working as hard to deliver useful performance. While the old engine often whined loudly when climbing hills or accelerating up to motorway speeds due to its CVT automatic gearbox, the new 'box is much less inclined to send the revs flaring. Most of the time, you’ll find the Yaris is a quiet partner, with a distant thrum from the engine that’s more subdued than that produced by many rivals.

Not that the engine is running much of the time, at least in urban environments. Indeed, Toyota claims that the Yaris can run on battery power alone for up to 80% of the time, a statistic that we can entirely believe. 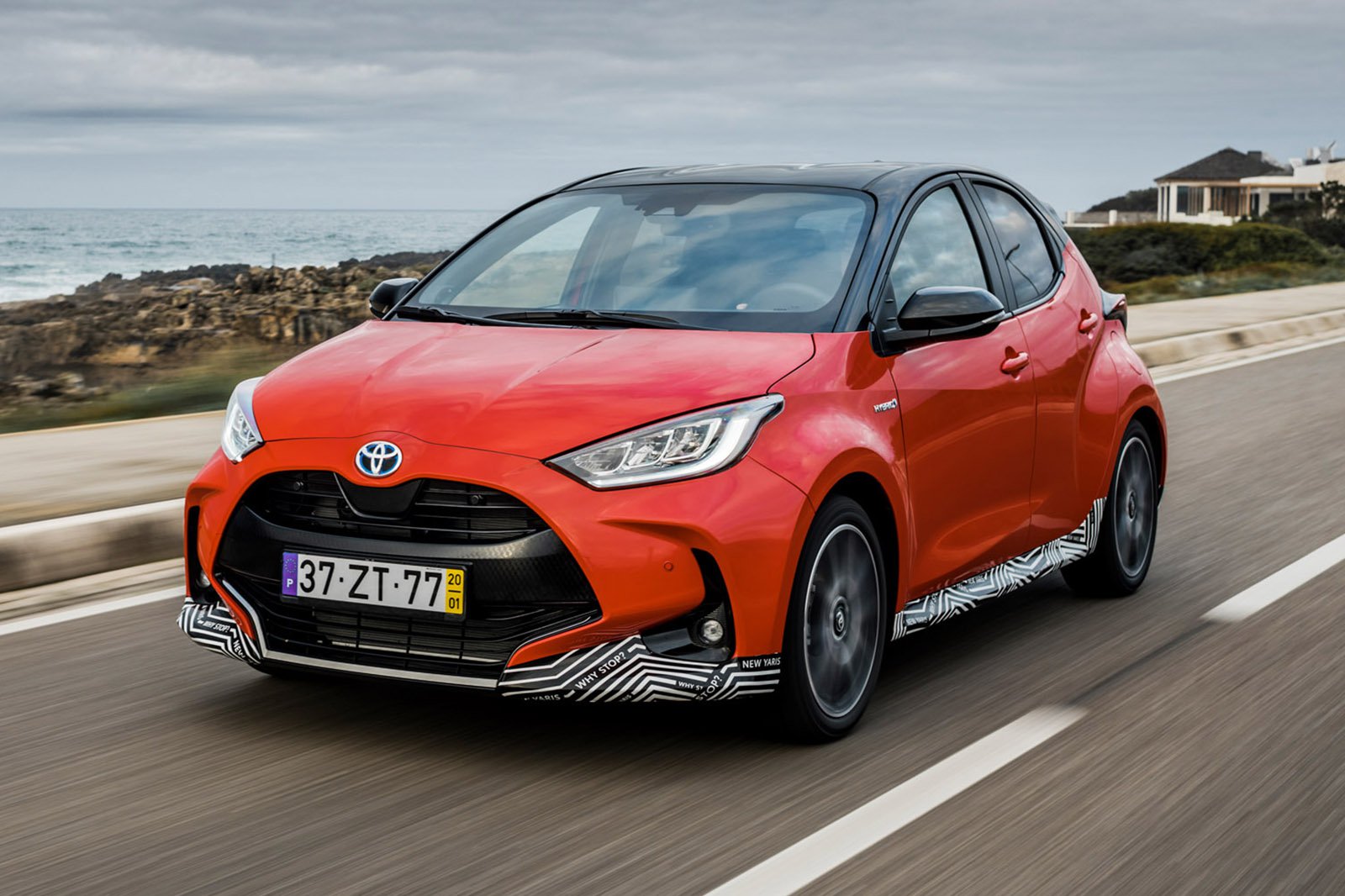 The handover between power sources is virtually imperceptible, with only a bit of engine noise and a faint vibration through the steering wheel to tell you that the Yaris is sipping petrol. And ‘sip’ is the right word; on our two-hour test route, which included towns, motorways and even some challenging mountain passes, we averaged 61.4mpg according to the trip computer.

That economy is particularly impressive when you consider that the Yaris is now far happier to be driven briskly on a winding road. Its steering is naturally weighted and very precise so it's easy to place the car, while body lean is far less noticeable. Grip is decent and the handling is surefooted yet agile. Sure, you’d have a bit more fun in a Ford Fiesta, but at least corners are now something to be enjoyed and not avoided.

The downside is that, certainly on the 17in wheels of our test car – the largest available on the Yaris – the ride is on the firm side. It’s perfectly pleasant on smooth but undulating roads, but larger bumps and potholes can thud through the car uncomfortably. Hopefully things will be better on smaller wheels, but it’s also worth remembering that this isn’t the finished product. 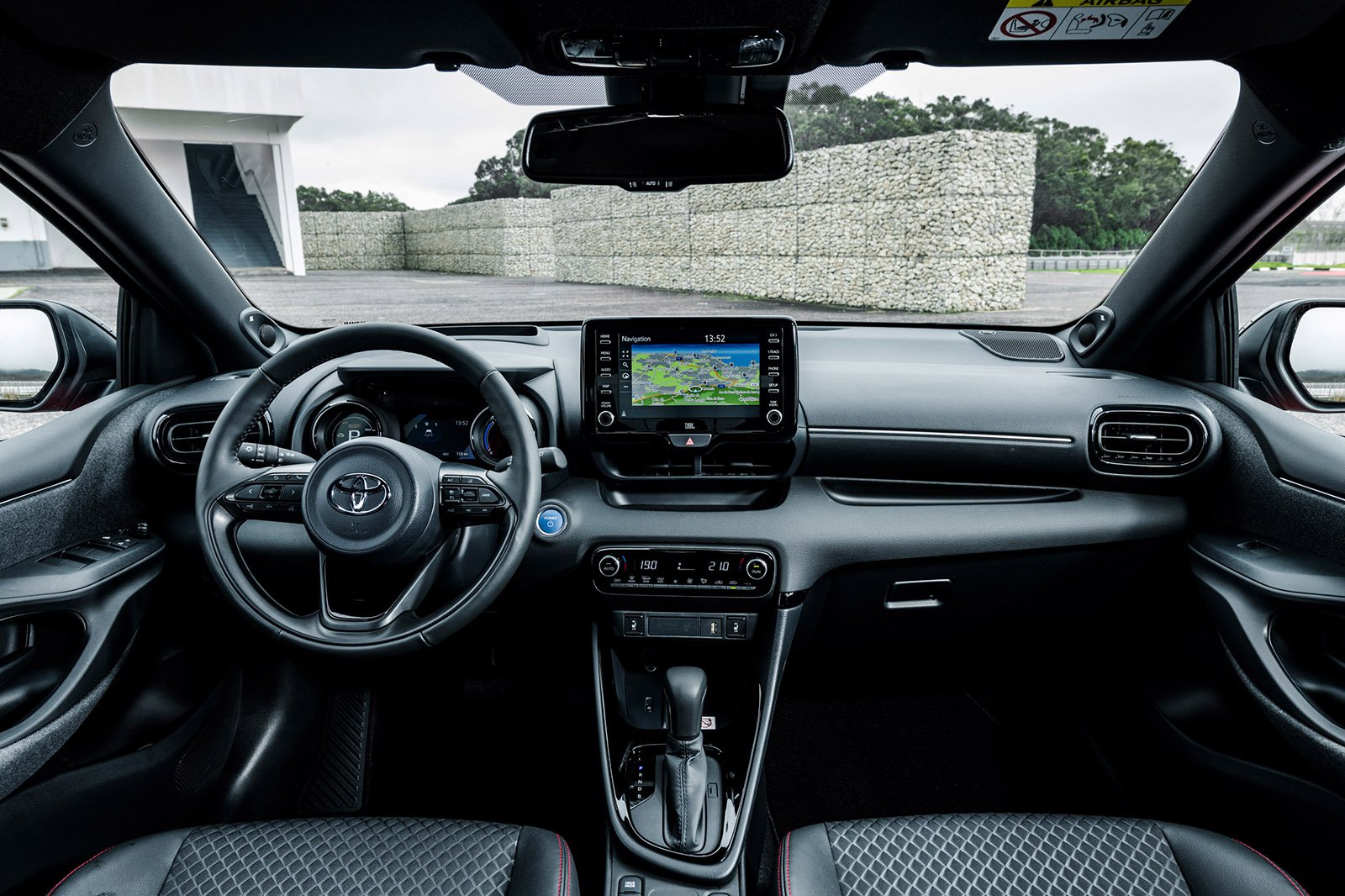 We should also point out that the interior isn't quite finished; a few of its plastic parts aren't quite up to production grade. Even so, the squishy dashboard, large fabric inserts on the doors and expensive-feeling switches and buttons impressed us. Sadly, the dim-witted infotainment system with its yesteryear graphics and sluggish responses put a downer on things, although you can at least bypass it thanks to the presence of Apple CarPlay and Android Auto.

As for space, the 286-litre boot is on the small side, although most versions will get a height-adjustable boot floor for added flexibility. Accommodation for people is more generous, with room for a 6ft-plus rear passenger to sit behind another in the driving seat.