Under the bonnet of Porsche’s newest SUV is an uprated version of the 4.0-litre twin-turbocharged V8 petrol engine which already endows the Cayenne Turbo Coupe with ludicrous performance. In the Turbo GT, however, power from that engine is boosted from 543bhp to 631bhp. With even more pulling power, the Cayenne Turbo GT can launch itself to 62mph from a standing start in just 3.3 seconds – faster than most versions of the 911 sports car – and, if you can find somewhere which will allow it, carry on to a top speed of 186mph. 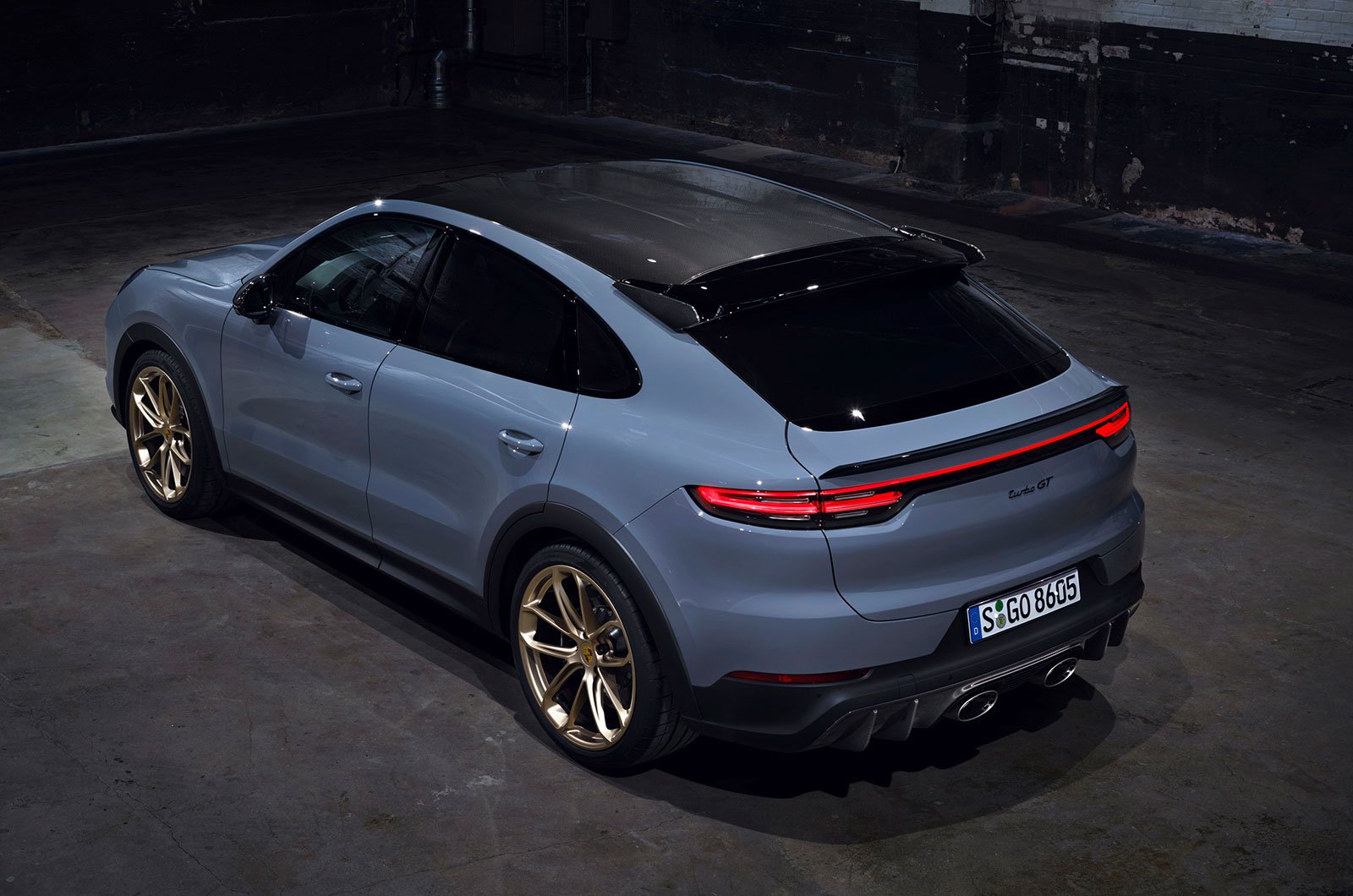 The rival Lamborghini Urus, which also uses a V8 petrol engine and has only marginally more power, at 641bhp, takes 3.6 sec to reach 62mph. Meanwhile, the Cayenne Turbo S E-Hybrid, which, with 671bhp, has even more power thanks to its electric motor, takes 3.8sec.

The Cayenne Turbo GT also gets tweaked suspension and new performance tyres, all of which should help this new range-topping model handle with even more agility than the regular car. And since the Cayenne Coupé already scores five stars for handling in our review, we’re expecting greatness. 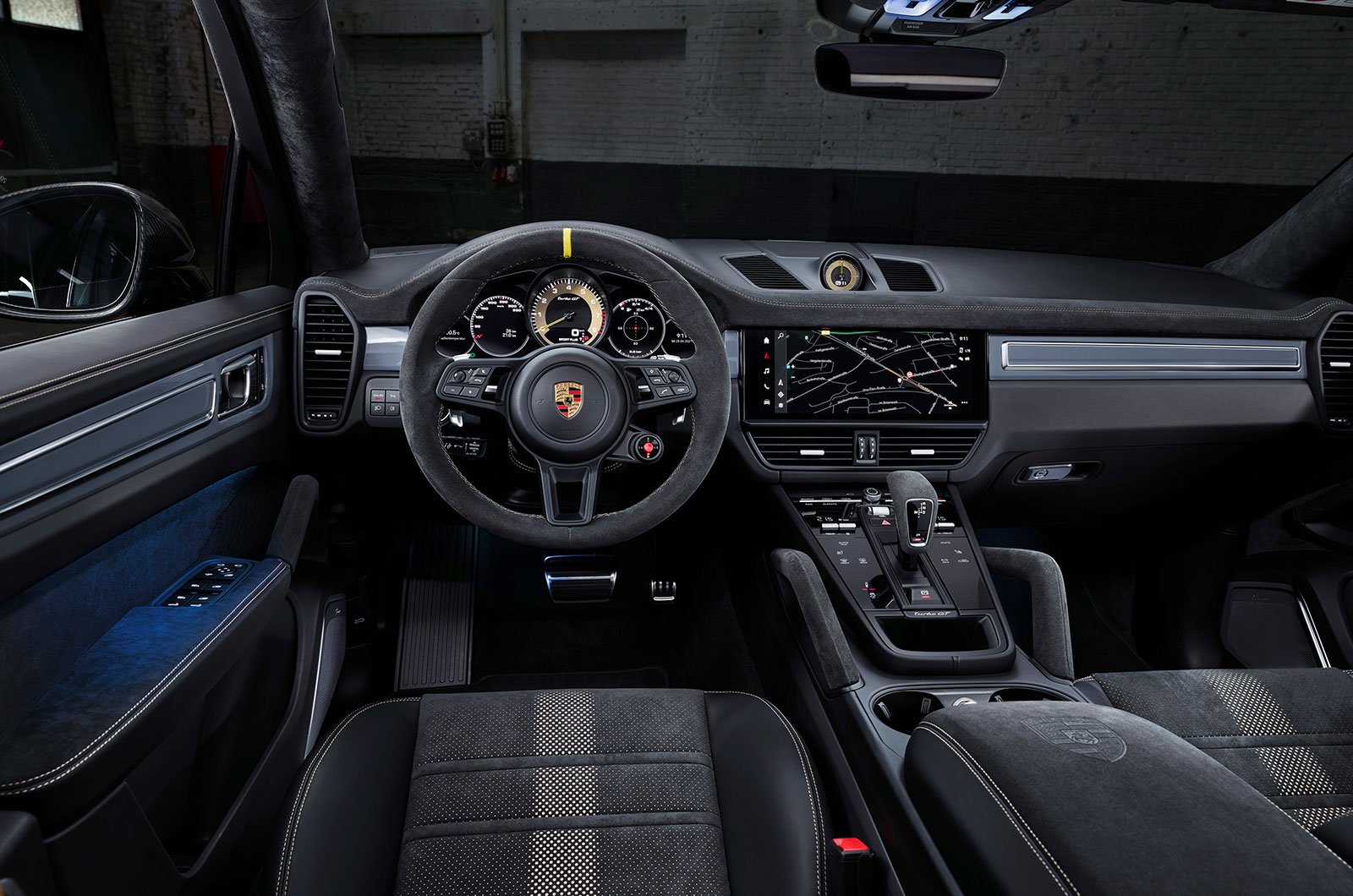 The Cayenne Turbo GT sits 17mm lower to the ground than the standard car and features wider front wheels with uprated brakes. Those upgrades, combined with the central sports exhaust, new front and rear bumpers with larger air intakes, extended wheel arches and larger rear spoiler, result in a car which looks as striking as its power output suggests.

Adjustable Alcantara sports seats are standard inside the Turbo GT, alongside a new version of Porsche’s PCM infotainment system. The new system now includes smartphone integration for Android Auto as well as Apple CarPlay, so you can bypass Porsche’s own software if you want to. 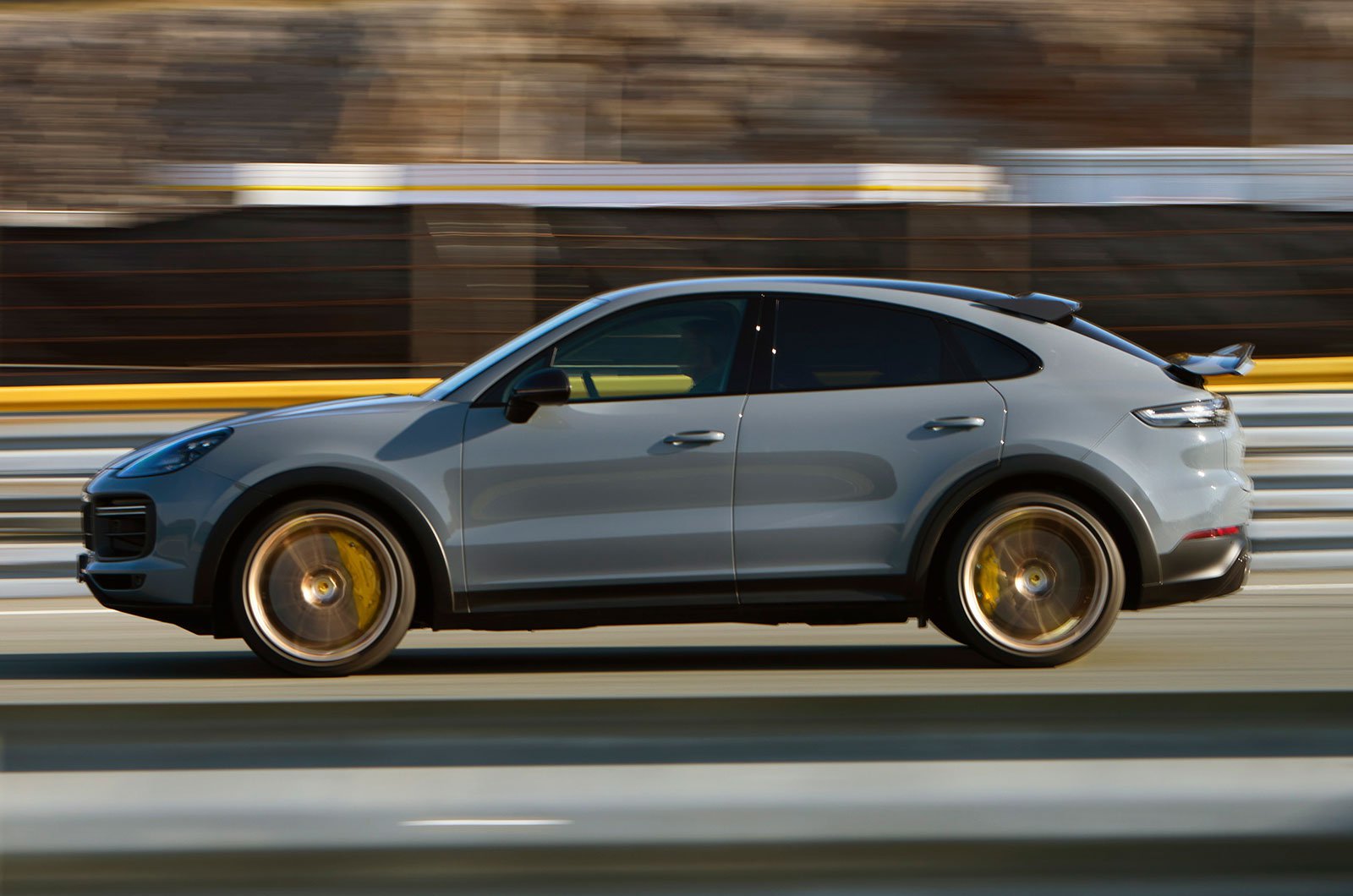 While you can swap the standard four-seat layout for five seats at no extra cost in the regular Cayenne Coupé, the Turbo GT is a four-seater only, but anyone sitting in the rear shouldn’t feel short-changed. Leg room should be generous, even for the tallest of passengers, while the boot should be accommodating enough for most situations, whether you’re carrying spare tyres or flat-pack furniture.

Chances are that if you’re looking at buying this Cayenne, running costs do not feature on your list of priorities. And that would be just as well because, with official fuel consumption rated at just 20mpg and C02 emissions of 319g/km, they’re likely to be tremendous.

Tremendous, too, is the Cayenne Turbo GT’s price tag; at £143,910, it’s substantially more expensive than the current Cayenne Turbo S E-Hybrid Coupe, and just about any other rival barring the aforementioned Urus. Still, we suspect its headline-grabbing power will find plenty of fans among those who yearn for grin-inducing performance. Perhaps a starring role in Fast 10 beckons?

Next: The best sports SUVs revealed >>