The Suzuki Vitara 1.4 Boosterjet Hybrid marks a new, simplified range with just one engine choice. Is it a good one?...

With everything that's gone on over the past couple of years, many of you will no doubt be thinking about how you can be a little kinder to our fragile planet. To help, there’s a new mild-hybrid Suzuki Vitara 1.4 Boosterjet Hybrid with a 48v system that cuts emissions of greenhouse gasses by an impressive 20%. Every little helps, after all.

Not only will the planet benefit, but your bank balance should too, because there’s also the promise of a 15% reduction in fuel consumption, plus a 4% reduction in BIK (benefit-in-kind) tax for company car users, compared with the non-hybrid 1.4-litre that went before.

Now, that's all the on-paper benefits addressed; the real question is what all this means in reality. The small SUV class has changed quite a lot since the Vitara was introduced in 2015, and while it was a very good example at the time, it now has to compete with the likes of Skoda’s excellent Kamiq, plus a former Car of the Year, the Ford Puma. So, how does it stack up? 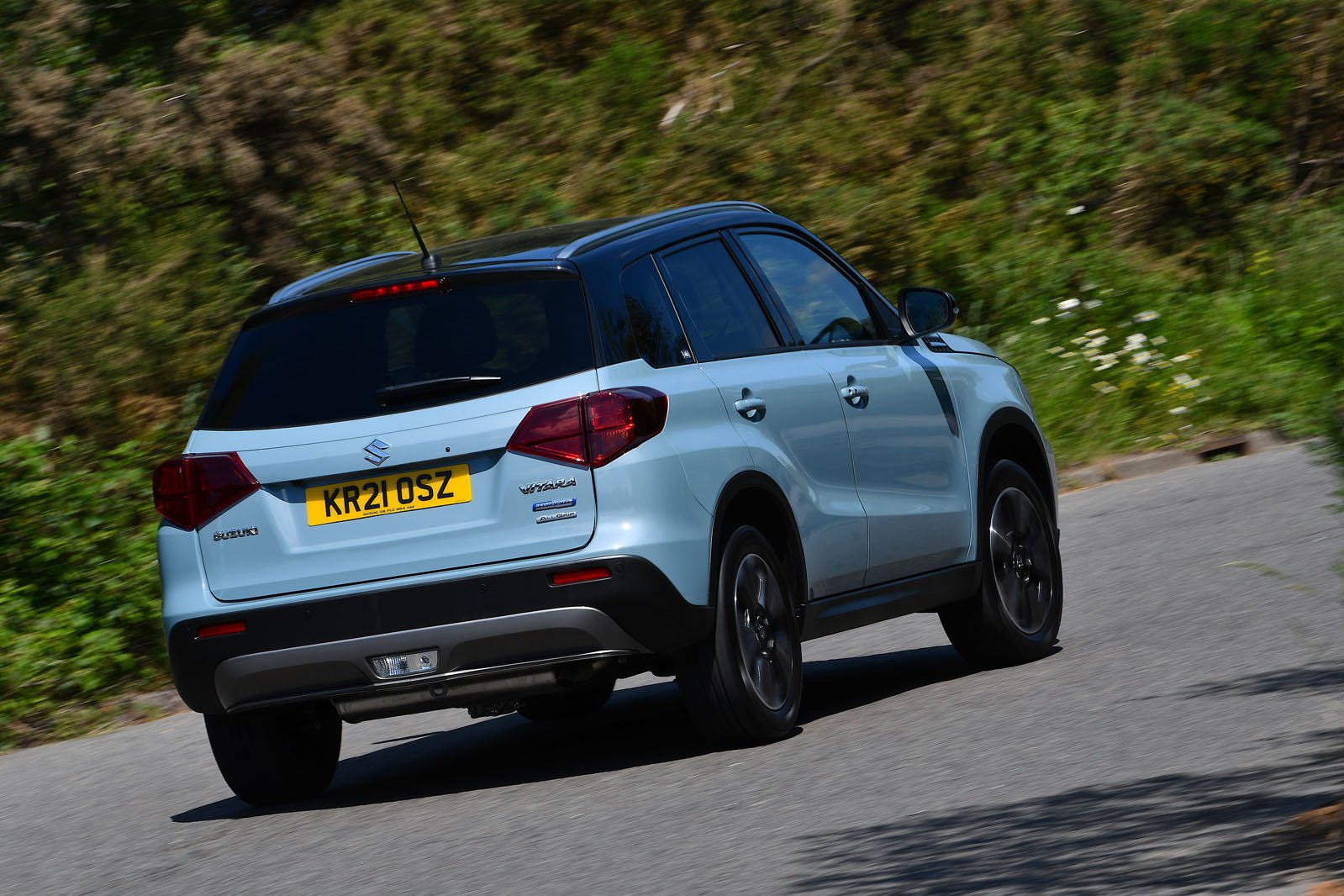 At least as far as how the Vitara drives, it’s all business as usual. Keen observers will note that the turbocharged 127bhp 1.4-litre hybrid petrol engine is some 11bhp down on the previous 1.4 (blame more stringent emissions hardware and software), but you’re unlikely to notice this in everyday driving because it has an extra 11lb ft of torque to improve low-rev urgency. Performance is plentiful, and the sprightly 0-62mph time of 9.5secs – exactly the same as the outgoing model – is a testament to that.

Plus, the Vitara is still a relatively lightweight small SUV and the mild-hybrid system only adds 15kg. Needless to say, for simply driving to the shops, you’d be hard pressed to notice the difference. The most notable observation is perhaps the improved smoothness of the start/stop system, because the hybrid system restarts the engine and does so without the fuss or nasty vibrations traditionally associated with a mechanical starter motor. The hybrid battery also powers the various accessories when stationary, helping to keep the engine switched off for longer and contributing to further fuel savings. 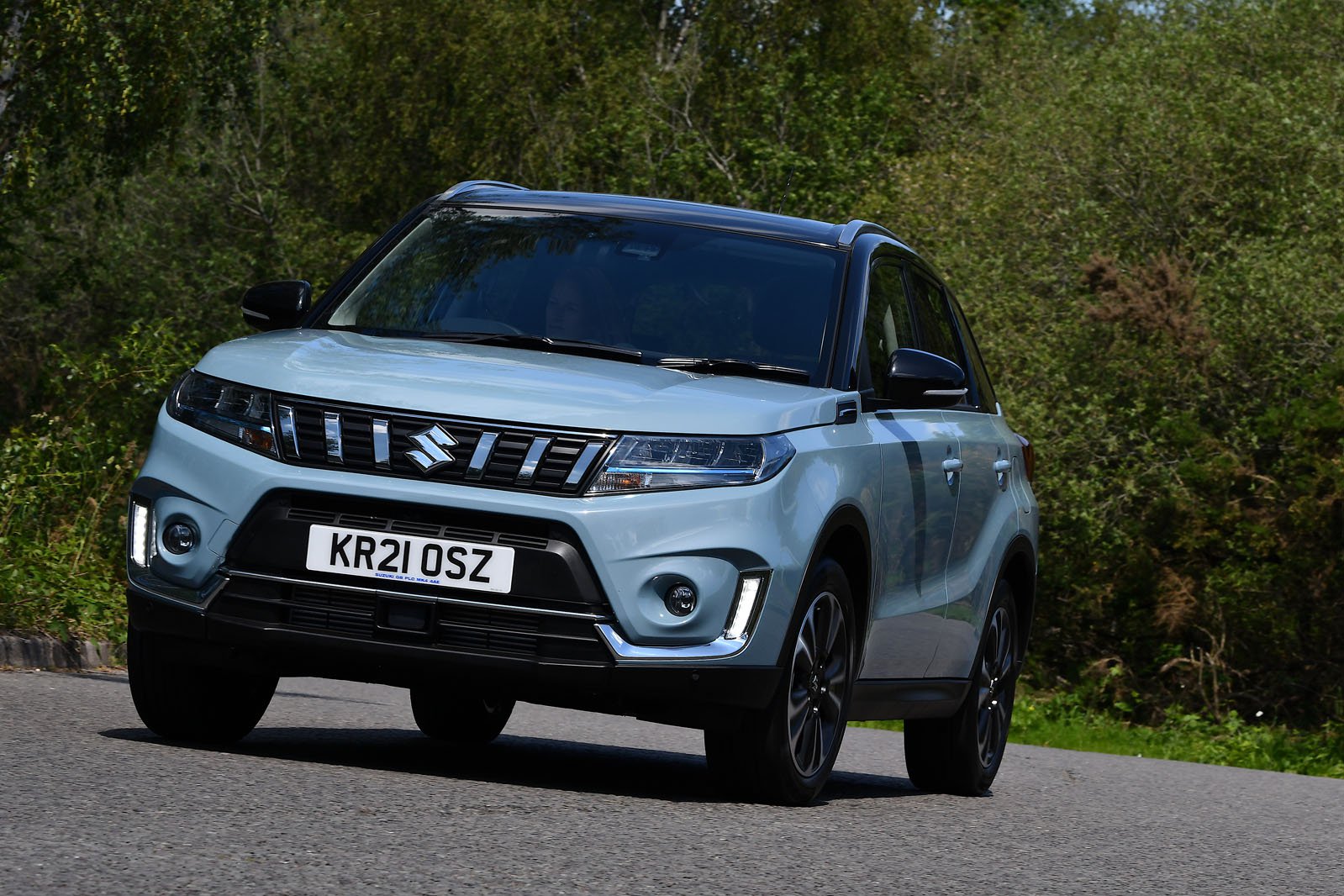 As for the ride, the Vitara is firm but comfortable enough with the 17in wheels that come as standard on SZ-T models and above. It's not quite as impressive as a Volkswagen T-Roc, but is a bit more cushioned than the Puma. However, the Vitara can be a touch frisky when going over bigger bumps in corners at speed, jostling you around in your seat. Many will prefer more composed rivals, particularly the Puma, which takes these sorts of imperfections in its stride and will put a bigger smile on your face in the bends.

Similarly, the Vitara's steering is tuned more for easy parking than tackling a bendy British B road. It’s very light and simply doesn’t provide the same sense of connection with the front wheels as the more planted Puma. 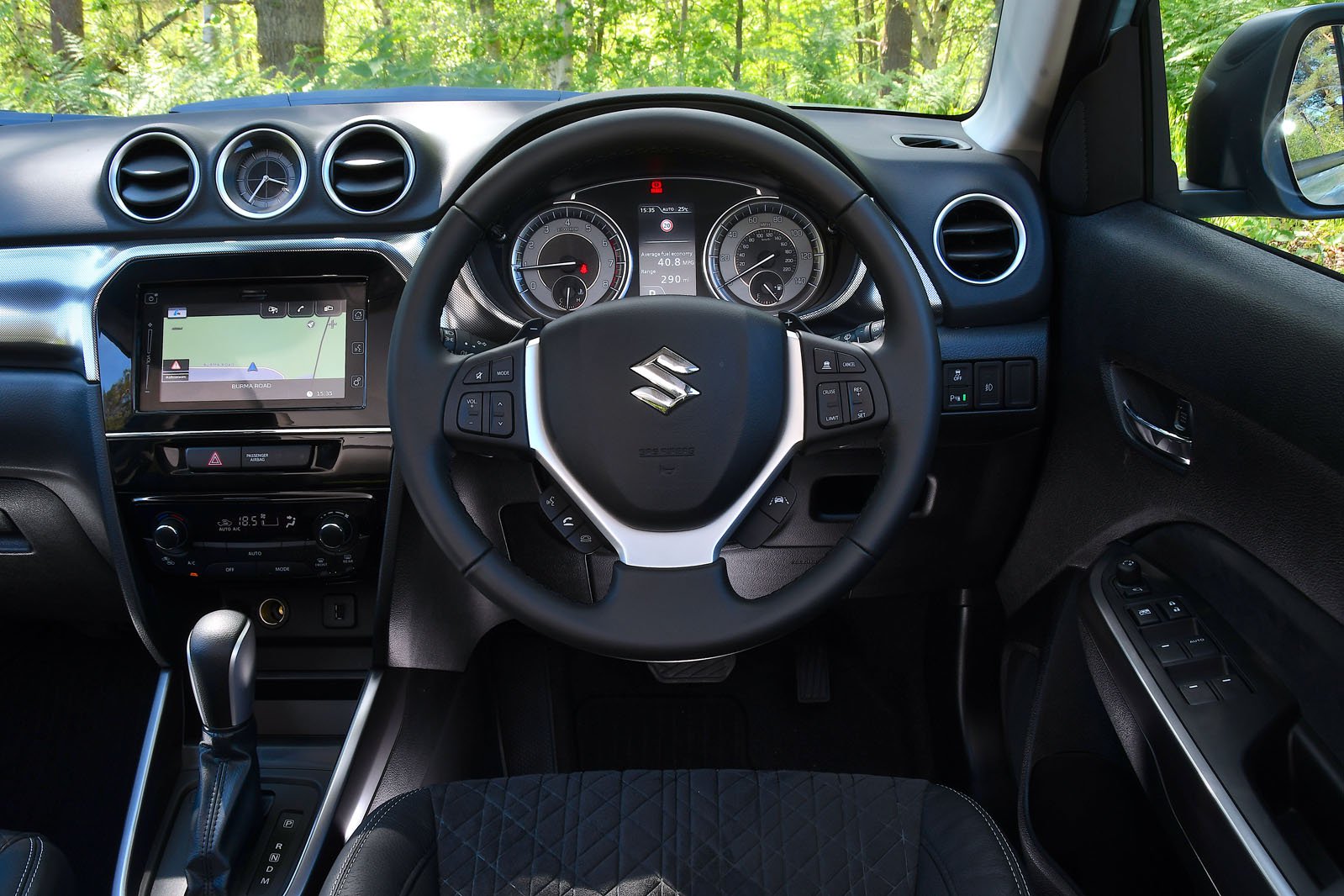 Inside, buyers looking for the commanding driving position of an SUV will be rather taken by the Vitara. You sit far higher in it than you would in a Skoda Kamiq, which feels more like a hatchback on its tippy-toes in comparison. As an additional benefit when parking, you can see the leading edge of the bonnet in a Vitara, just like you can in a Land Rover.

The Vitara is also generally more accommodating than the Puma, too. It’s front seats may not go back quite as far, but it generally feels more airy and there’s certainly more room to stretch out in the back.

Where the Vitara falls short of the Ford is in boot capacity. This is due to the well the Puma has under its false floor, which is big enough to swallow a couple of carry-on suitcases. The luggage area of the Suzuki is still decent and has a wider opening to help with loading, but doesn’t have any clever touches. 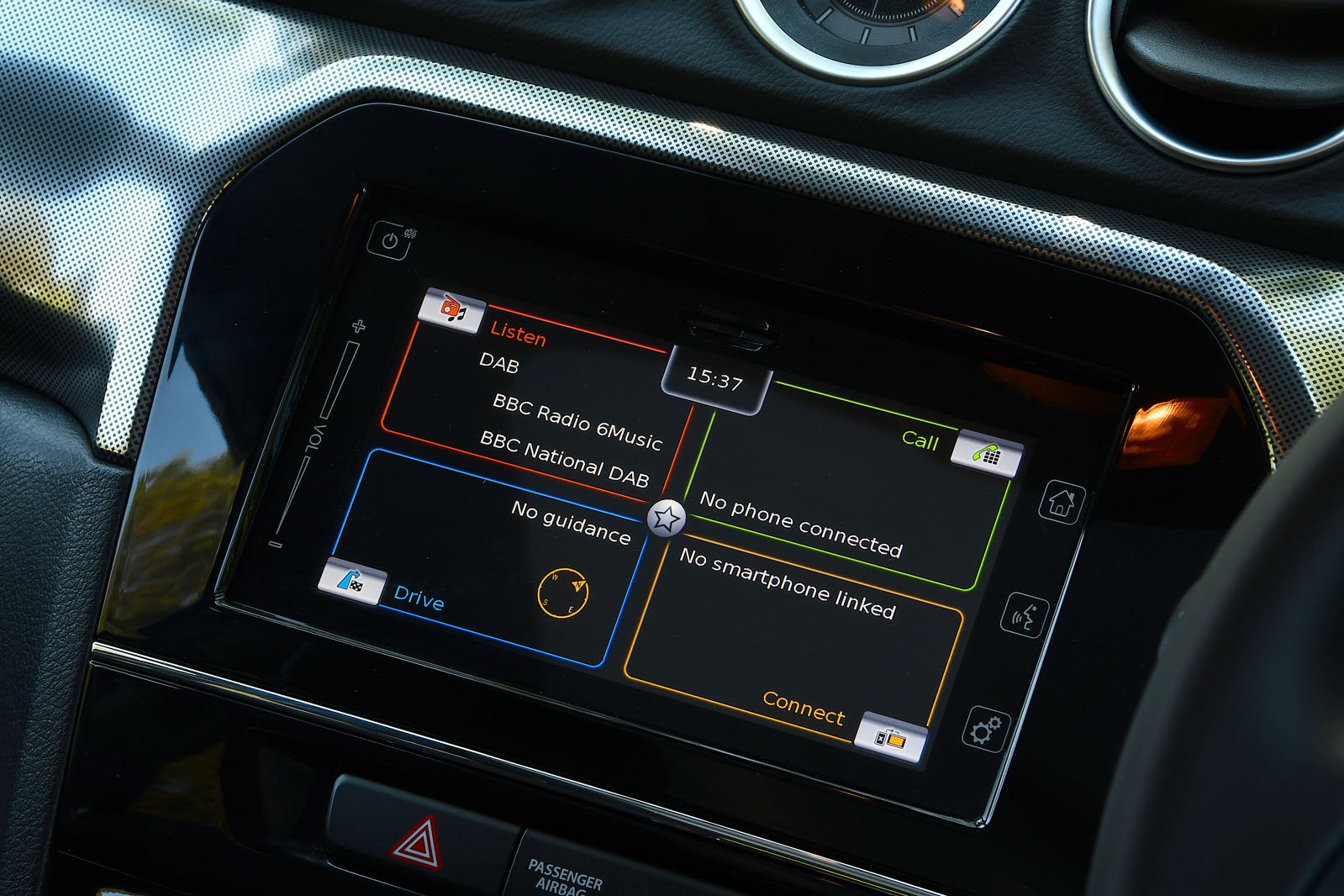 Like the boot, the dashboard is straightforward to use with simple controls in particular for the air-con system. Mid-range SZ-T models have a 7.0in touchscreen infotainment system that reacts faster to inputs than previous examples we’ve tried, but it's still not a patch on the best in class and the graphics make it look dated. Mercifully, full smartphone connectivity is included and means you can bypass Suzuki's software if you wish.

What you can’t bypass are the cheap feeling plastics that adorn the doors, the area below the touchscreen and lower portions of the dashboard. There are splashes of silver accents, some glossy piano black trim and even some soft-touch plastics to lift things (which is more than can be said of a few in this class – such as the Volkswagen T-Cross) but it still can’t match the plush surroundings of the Skoda Kamiq.

For more about the interior of the Vitara including how good it is for rear seat passengers, have a look at our main Suzuki Vitara review. 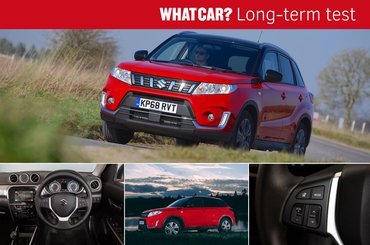