The Volkswagen Golf GTI Clubsport 45 celebrates more than four decades of the GTI, but is it worth the extra cash?...

Here we are, 45 years and a remarkable 2.3 million examples later, and the anniversary of the original hot hatch is being marked with the Golf GTI Clubsport 45.

The Clubsport 45 doesn’t actually get much of an overhaul, though. It adds a derestricted top speed, heated steering wheel, 19-inch alloys, ‘45’ decals along the sills, and an Akrapovič titanium exhaust to the otherwise unchanged Golf GTI Clubsport package.

It's still a significant step up over the standard Golf GTI. The Clubsport gets a big power hike up to 296bhp, not to mention uprated brakes, steering, suspension and aerodynamics, plus a standard seven-speed dual-clutch gearbox.

Mind you, the Clubsport 45 isn’t cheap. In fact, it makes the Hyundai i30N and Honda Civic Type R look like very good value, so it needs to deliver some special birthday sparkle to justify that price. 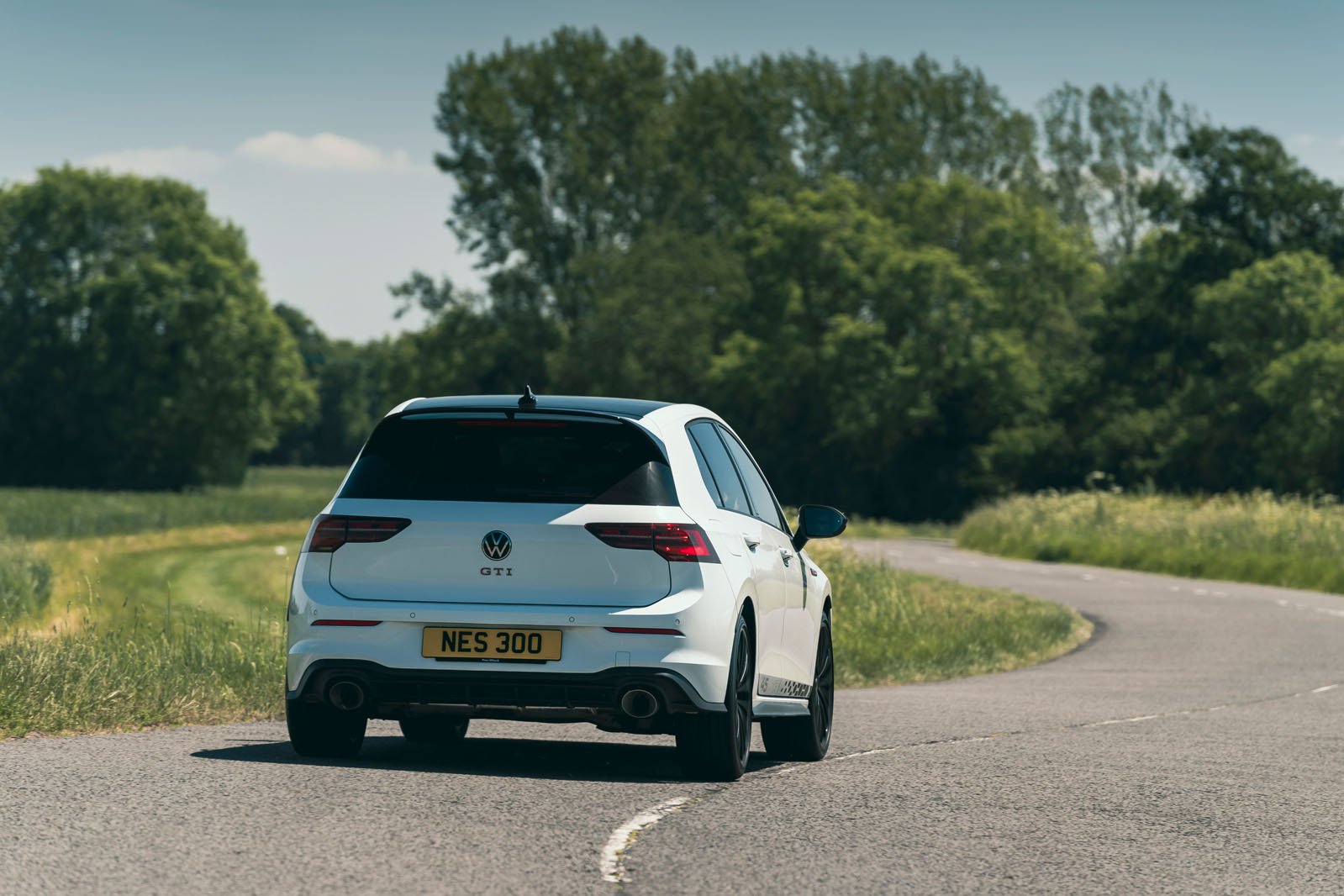 Our Clubsport 45 test car came with optional Dynamic Chassis Control, which brings adaptive dampers you can tweak independently of the various drive modes. Even when they're in a softer setting, this is a taut car that shudders and thumps over scarred roads.

The suspension is still supple enough to take the sting out of harsher bumps and keeps the tyres firmly and reassuringly in contact with the road, even over mid-corner intrusions.

The trade-off for the slightly stiff ride is the wickedly fun handling. The front wheels of the Clubsport 45 appear to be magnetised to the road, such is the grip it delivers when you swing it gamely into a corner. Body lean is tightly controlled and the steering is noticeably more involving and naturally weighted than the standard Golf GTI’s.

A limited-slip differential keeps the front-wheel drive Clubsport on a neutral line out of corners, too, further enhancing an aggressive but not intimidating driving style. Just as a super-keen Golf GTI should be, then. Only the Honda Civic Type R offers a more entertaining, Touring Car-like handling attitude. 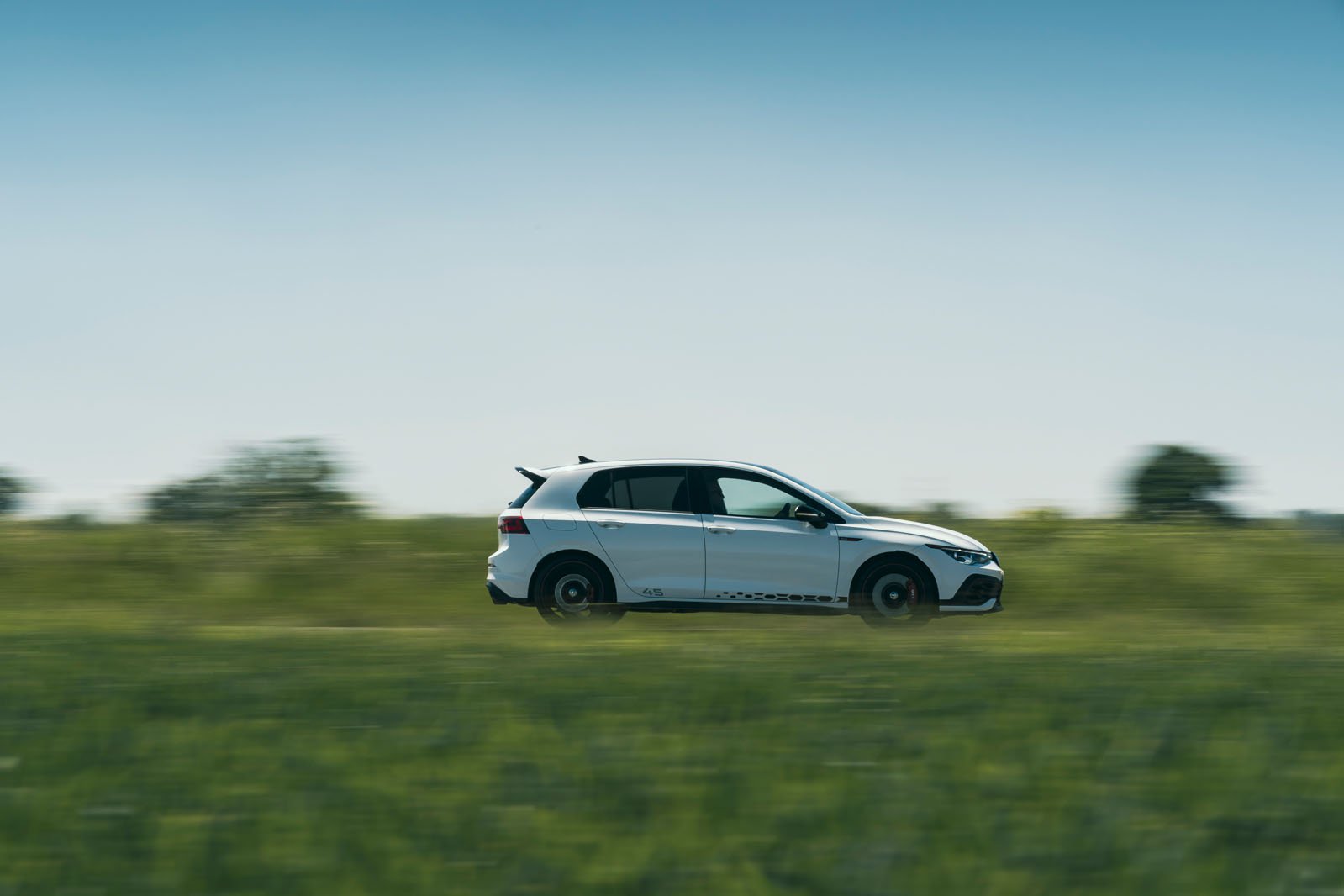 Performance in the Clubsport 45 is hard to fault. The 2.0-litre turbocharged engine is seriously potent and quick to respond, and makes the Clubsport slightly punchier in a straight line than the Civic Type R.

It's a shame a manual gearbox isn’t offered as it feels as though the Clubsport would really suit a manual shift, but the seven-speed DSG automatic is snappy and slick when you want it to be, and effortless the rest of the time. It would be improved by some bigger, more substantial-feeling paddles on the steering wheel, though.

That titanium exhaust, which isn’t available on the standard Clubsport but is a pricey option on the Golf R, is the biggest justification for the Clubsport 45’s price hike here, and a huge part of its appeal. The ‘lesser’ hot Golfs sound a bit synthetic and uninspiring by hot-hatch standards but this upgraded exhaust resonates with just the right kind of naughty rebelliousness, yet isn’t noisy and boomy when you stick it in Comfort mode. 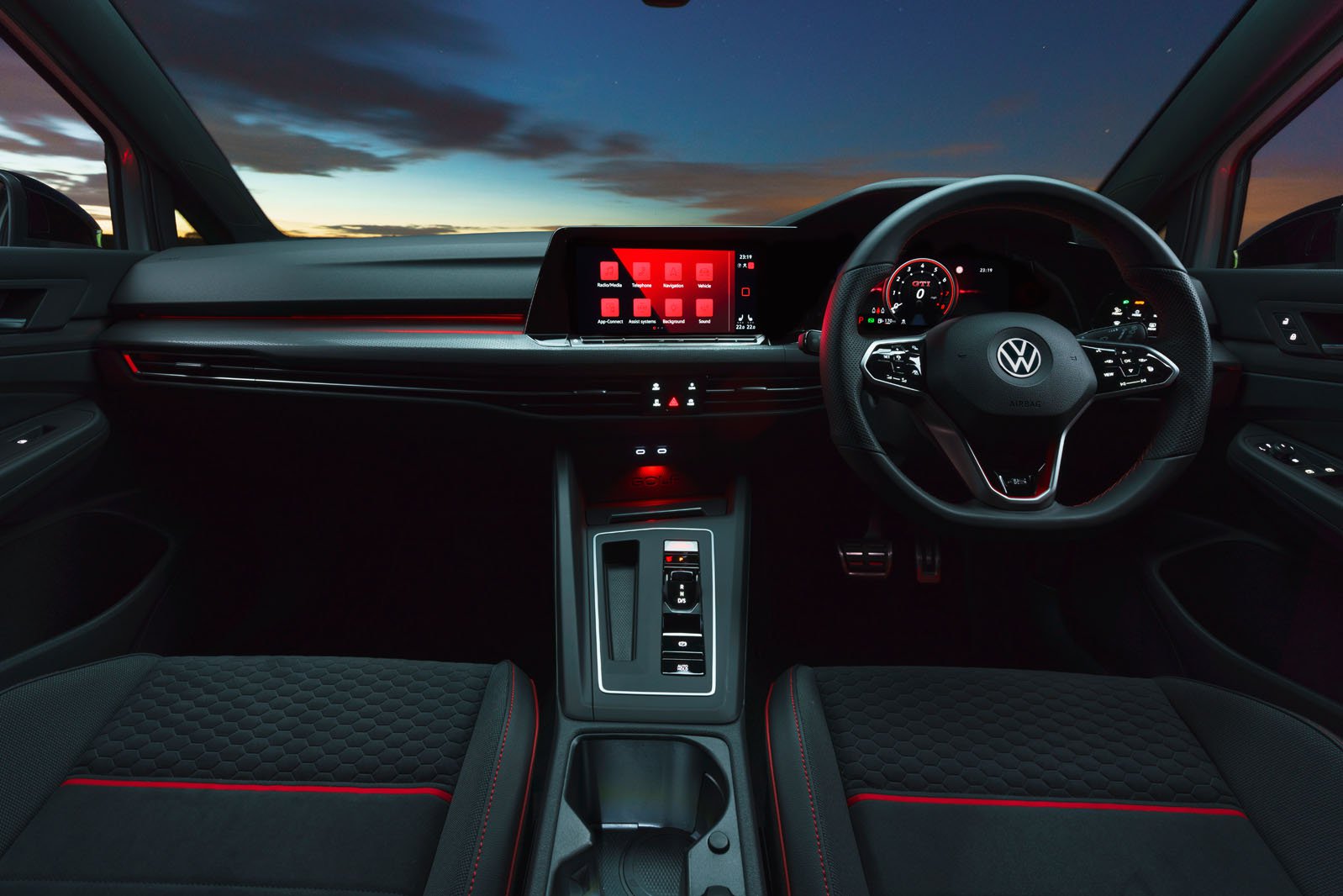 Again, not much is changed over the standard Clubsport. You get the same deeply bolstered velour seats, which hold you firmly in place but could perhaps benefit from dropping a fraction lower. A '45' logo on the steering wheel is the only subtle indicator that this is VW’s birthday present to GTI fans. Peculiarly, there are no Clubsport badges anywhere on the GTI Clubsport – 45 or not.

Other than that, visibility, infotainment and practicality are all unchanged, and you can read more about them in our full Volkswagen Golf GTI review. 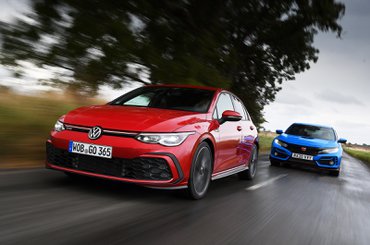 Is the all-new Volkswagen Golf GTI the best hot hatch you can buy? To find out we're pitting it against our current champion, the Honda Civic Type R