With electrified cars now coming in all shapes and sizes – and available to suit every budget – we’ve named the best models in every class. Here we look at the best hybrid large SUV... 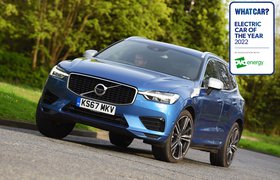 It's rare for companies to get a new product right first time. Nintendo’s first games console, for example, was a total failure, and while Microsoft made a tablet computer long before Apple, most of us are somewhat more familiar with the iPad than the Tablet PC. Sometimes, though, a brand gets a new product so right that it jumps straight to the top of its class – and that’s what has happened with the Lexus NX 450h+.

This is Lexus’s first plug-in hybrid (as opposed to the regular hybrids it’s known for), but drive it and you’d think the brand had been making them for years.

There’s an impressively long electric range on offer – officially up to 45 miles, or around 35 miles in real-world conditions – so it can take you farther on electric power than plug-in hybrid rivals such as the Audi Q5 55 TFSIe and BMW X3 xDrive30e. That means most drivers could cover the school run, or their commute, or both, without using a drop of fuel – which translates into lower running costs. 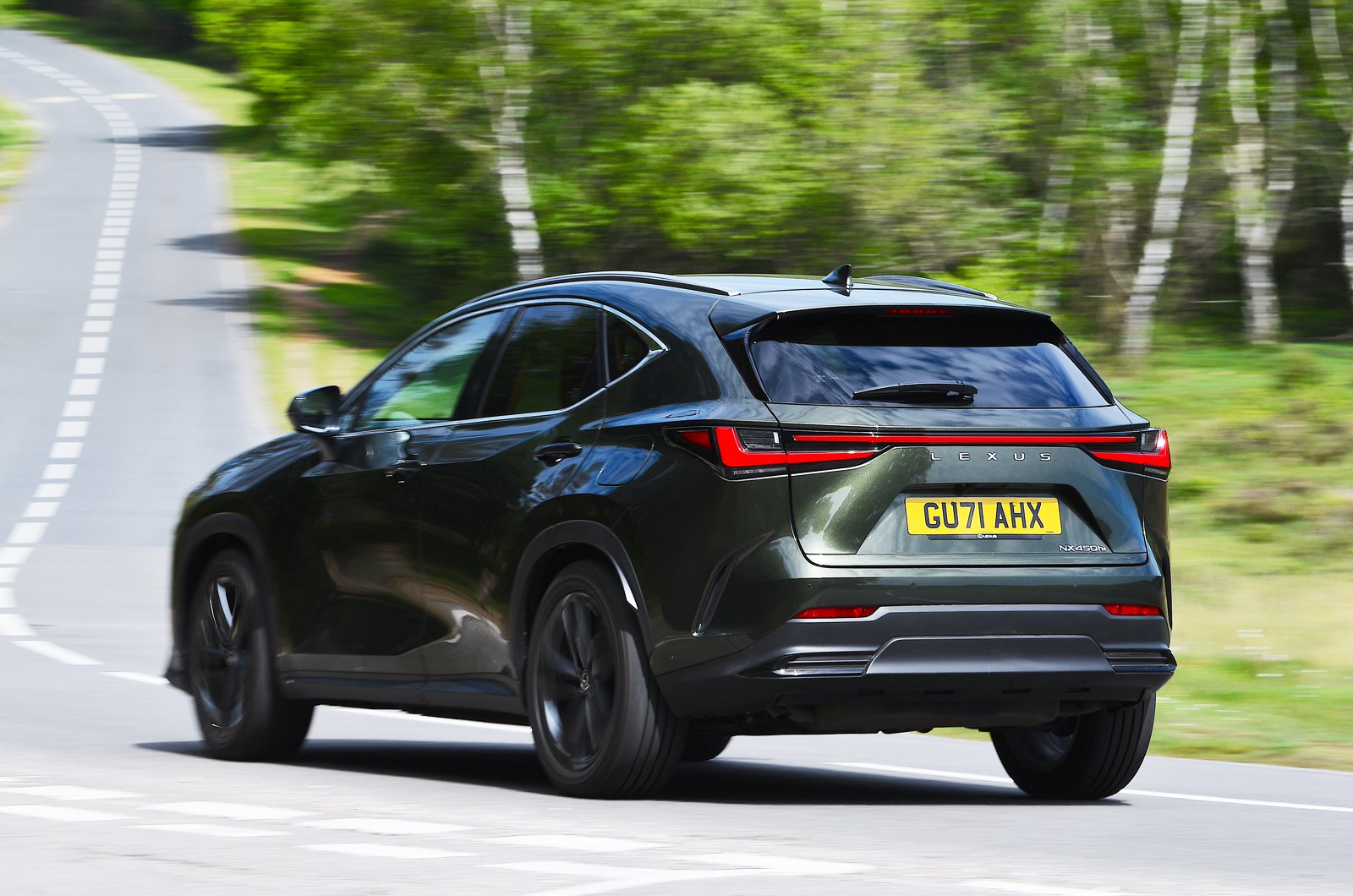 On longer journeys, meanwhile, the NX’s 2.5-litre petrol engine picks up the strain like an attentive butler, ferrying you from A to B with impressive smoothness and plenty of punch.

The ride is supremely comfortable around town, and although it could be better settled on the motorway, it’s never jarring. Elsewhere, the NX handles with the reassuring heft typical of a large SUV, with plenty of grip and steering that feels well judged. Then when you need to slow down, the NX’s brakes don’t suffer from the inconsistent pedal feel and grabbiness that affects so many rivals. In short, you get all the benefits of a plug-in hybrid and none of the usual drawbacks.

Inside, you’ll find some of the comfiest seats around, plus an infotainment system that’s miles better to get along with than any of Lexus’s previous efforts. 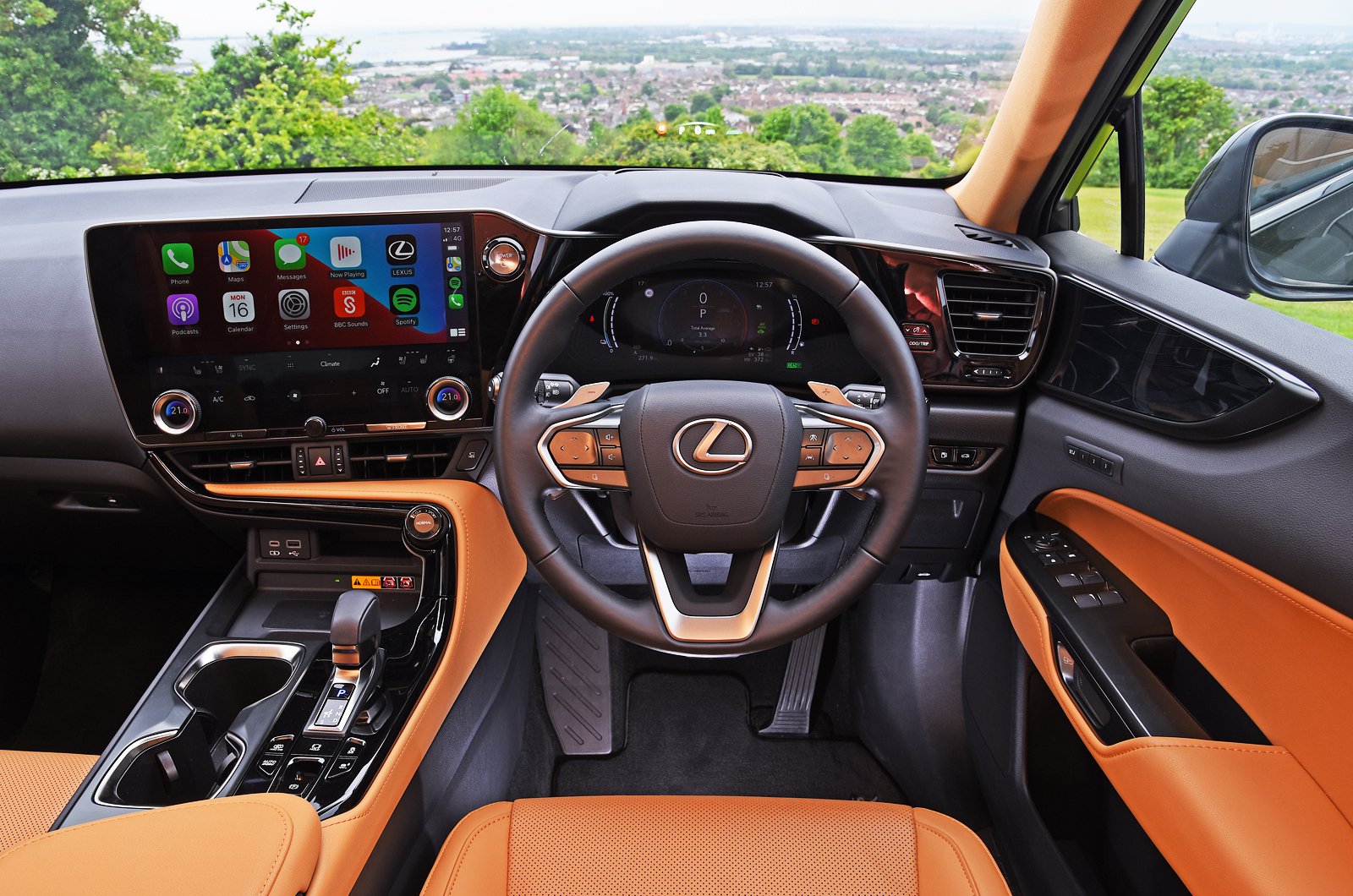 Rear passengers have slightly more leg room than they’d find in the Q5, and while boot space is only average for the class, it will still swallow seven carry-on suitcases below the parcel shelf with ease – and trumps rivals by offering a space under the boot floor for storing charging cables. Speaking of which, the NX can take on electricity at a faster rate than its key rivals, so a full charge need take only 2hr 45min.

Two final points seal the win for the NX. First, the 450h+’s low CO2 emissions and good electric range mean you’ll pay less in company car tax than you would for its rivals. And second, if you’re buying privately, the NX is predicted to hold on to more of its value than those cars.