More for you |
The best diesel carsThe most popular new car reviews of 20192020 Volvo XC40 P8 Recharge revealed: price, specs and release dateWhy can't I get the Volvo XC40 I want in red? How to spec a Volvo XC40
Home
Feature
New Volvo XC40 vs BMW X1 vs Volkswagen Tiguan
feature 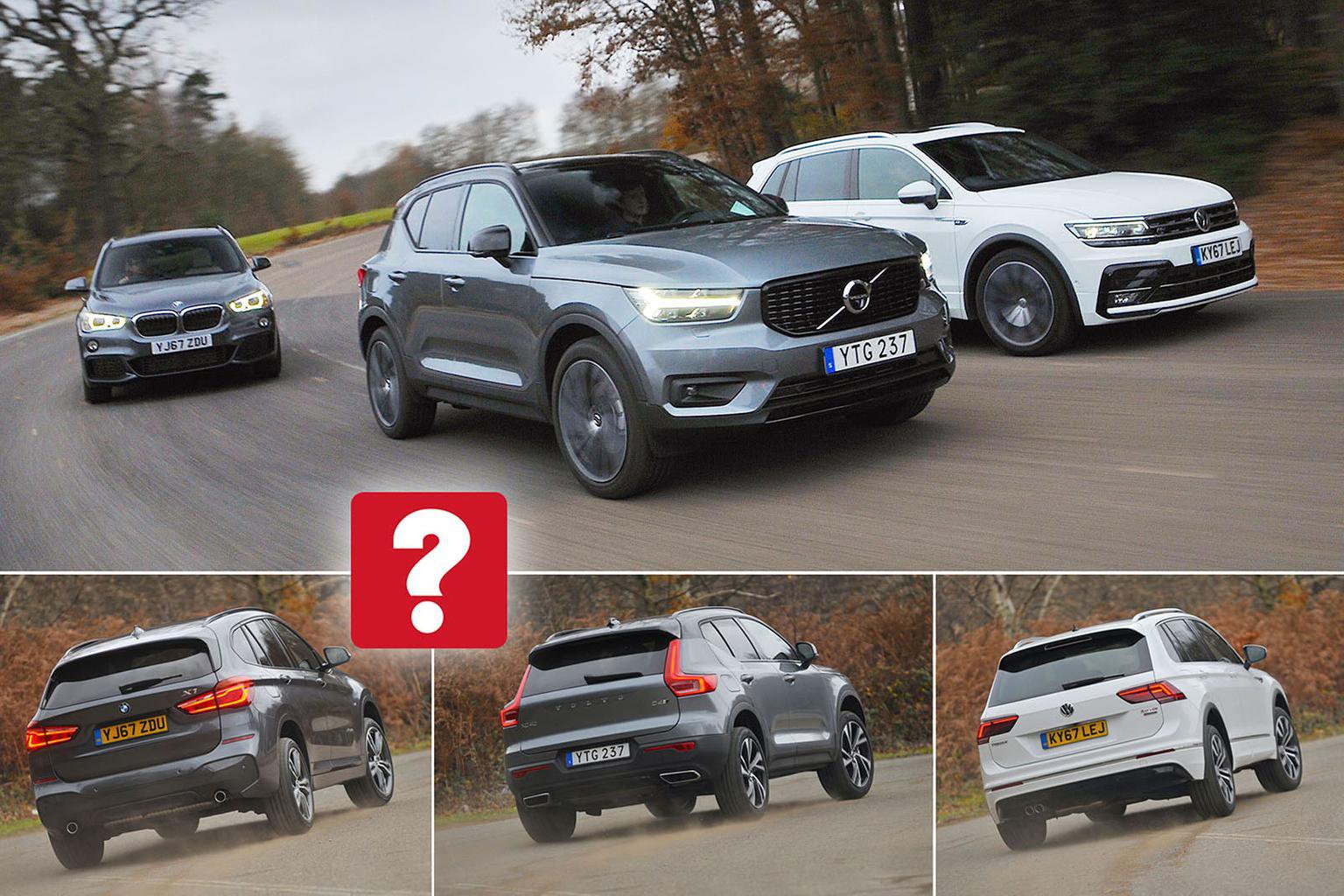 BMW’s smallest SUV is one of the most practical in the class. This is the most powerful version.

Like all our contenders, the Tiguan is here in its sportiest trim: range-topping R-Line.

A brand new model for Volvo, the XC40 cuts a dash, but it has to stack up objectively to win.

What’s your perception of Volvo? It probably depends on which era you grew up in. The brand’s image may have been, well, a little fuddy-duddy and ’elf-and-safety at times, but if you remember seeing a dapper Roger Moore climbing out of a pretty P1800 coupé on television in the 1960s, perhaps it resonates sass.

Either way, the new XC40 seems destined to make Volvo cool again. This family SUV is built on a new platform and topped with a snazzy, post-modern design imbued with the upmarket swagger of the larger XC60 and XC90.

There is a petrol engine on offer, but here we’re testing the diesel 2.0 D4 model in sporty R-Design Pro trim.

It faces strong competition from two German rivals, also on show in their sportiest trims. First up is the BMW X1, a car that offers a much more powerful engine than the XC40 for only slightly more money, and second is the Volkswagen Tiguan. Both rank highly for practicality, but which car will come out on top here? 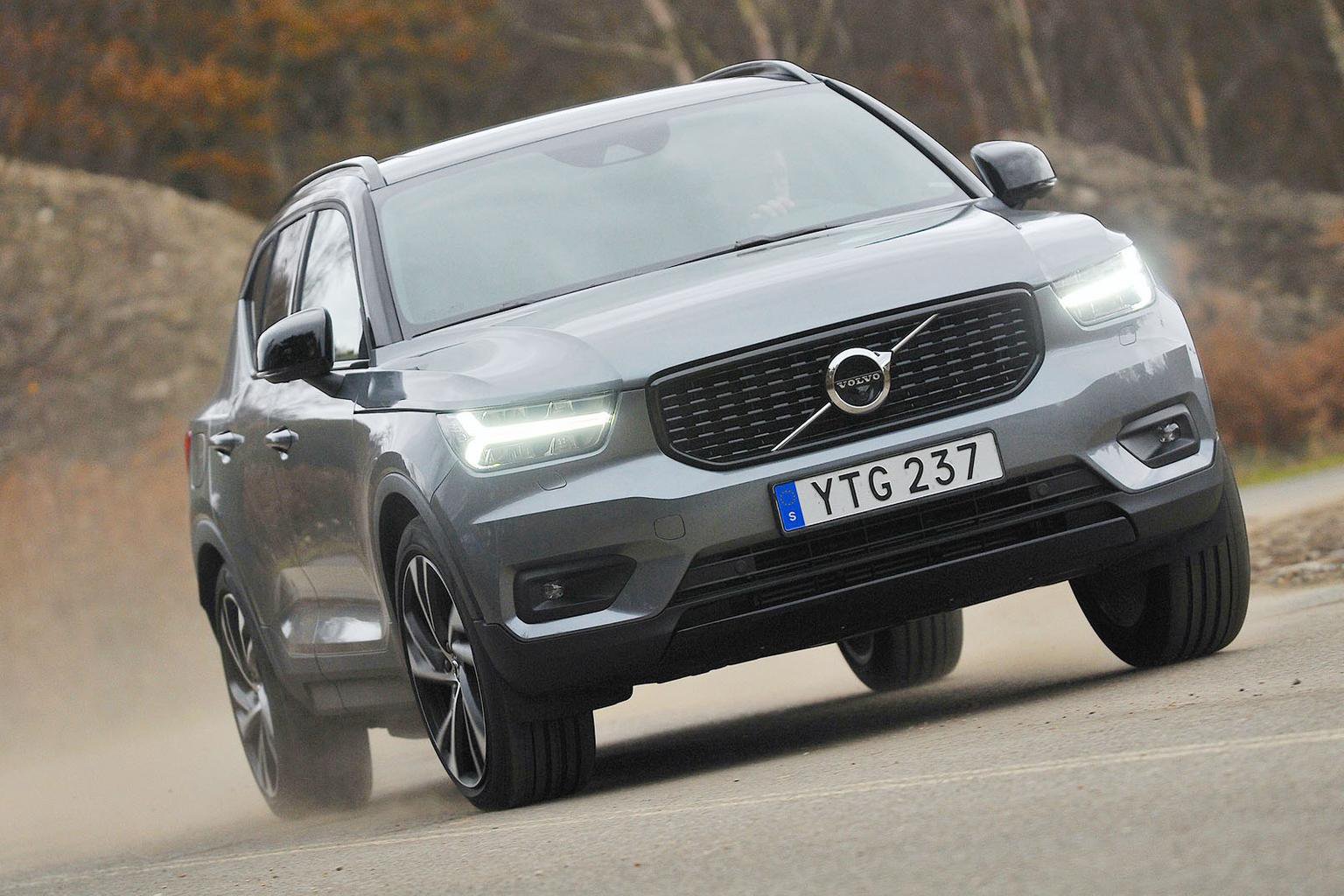 The X1 was always going to win the performance test. That’s because this xDrive25d model is the most powerful diesel in the X1 range, with its 2.0-litre engine metering out 228bhp. It takes just 6.8sec to accelerate from 0-60mph, which is hot hatch territory, and you can pull off overtakes in no time.

The Tiguan and XC40 aren’t quite in the same league. Both possess ‘just’ 187bhp and deliver 0-60mph times more than a second slower than the X1’s.

Still, even on wet roads, their standard four-wheel drive systems (the X1 is also four-wheel drive) get them off the line smartly and they pull solidly to 70mph. They’re also gutsy enough to dispatch sluggish B-road traffic with relative ease.

We weren’t totally convinced by any of the cars’ gearboxes, though. The Tiguan differs from the others (which have conventional autos) in using a dual-clutch ’box, but this is jerky in traffic or when parking and is reluctant to shift down when you ask for a burst of pace.

The XC40’s foibles materialise when you roll up to a junction and go for a gap, only for the gearbox to dither momentarily when you ask for some power. And while the X1 is generally the most responsive, it still occasionally gets caught out in urban traffic and jolts. 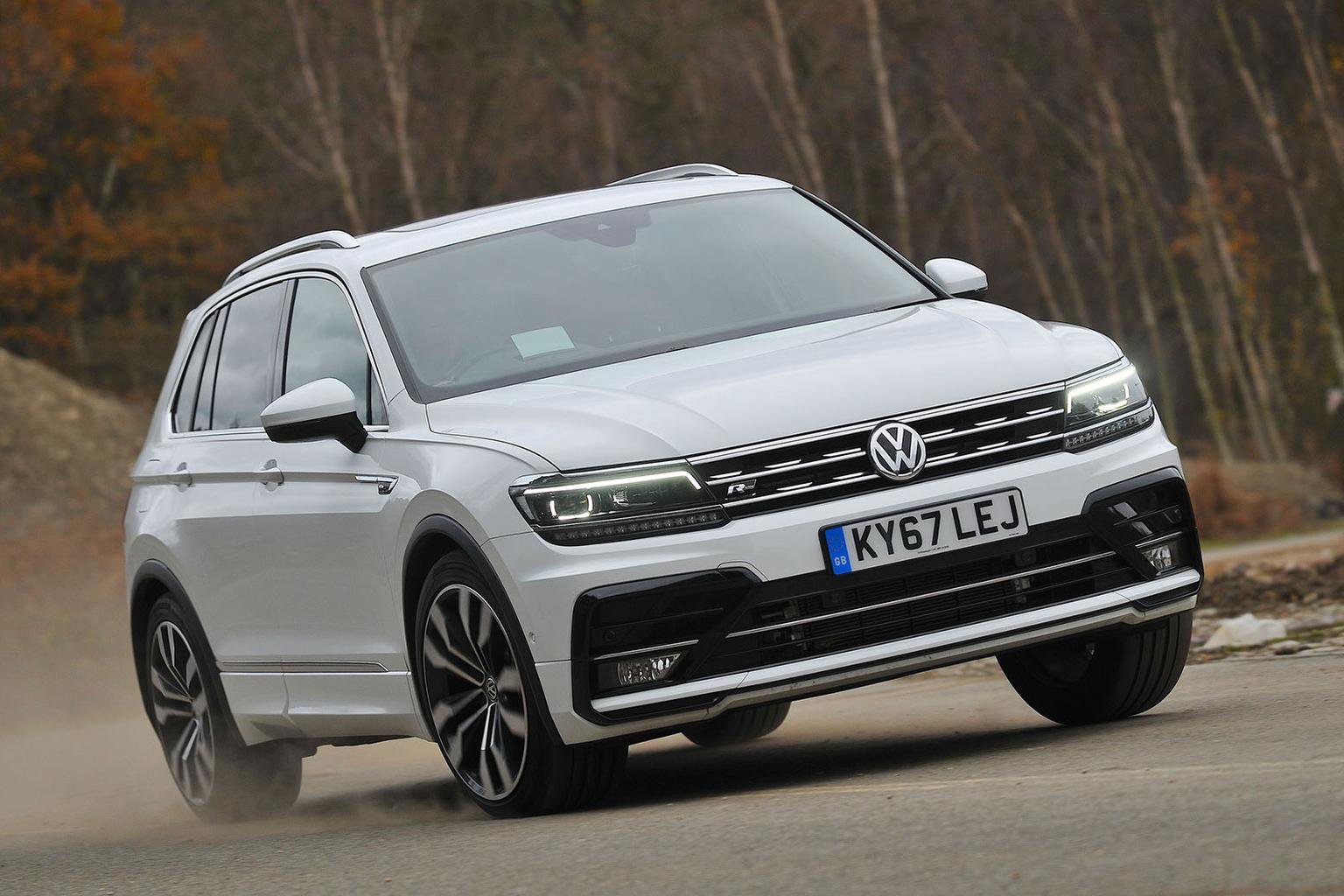 The X1 also has the rowdiest engine. When accelerating, its coarse character is unpleasant to listen to – even worse than the Tiguan’s boomy engine, although that does send more vibrations through the controls. The XC40’s engine isn’t exactly whisper-quiet, but it’s undoubtedly the smoothest in both feel and tone.

So it continues to be in other aspects of refinement. Again, the XC40 isn’t perfect, stirring up noticeable road noise from its vast 20in wheels, but wind noise is well contained, and overall it’s the most peaceful on the motorway. While both the Tiguan and X1 whip up slightly more wind noise than the XC40, it’s the X1’s atrocious road noise that really narks you, to the point that you have to crank up the radio over coarse surfaces.

Partly because BMW insists on fitting run-flat tyres, which don’t have the give of regular rubber, the X1 is also poorest for ride comfort. Despite our car having optional adaptive suspension (£150), you feel every sharp ridge thumping through your backside and the car rarely settles, even at speed.

The same flaws are apparent in the Tiguan – which, in R-Line trim, comes with firmer sports suspension – but to a lesser extent. It jostles you slightly at 70mph and will occasionally crash over harsh bumps around town, but it’s less irksome.

The XC40 is entirely different. It copes brilliantly with undulations and expansion joints at speed, while also isolating you well from potholes in town. And it does all this without the suspension thudding away boisterously underneath you, as it does in the others. The only downside is that you feel more side-to-side jostling over uneven urban roads than you do in the X1 or Tiguan – something worth bearing in mind if your kids are prone to motion sickness. 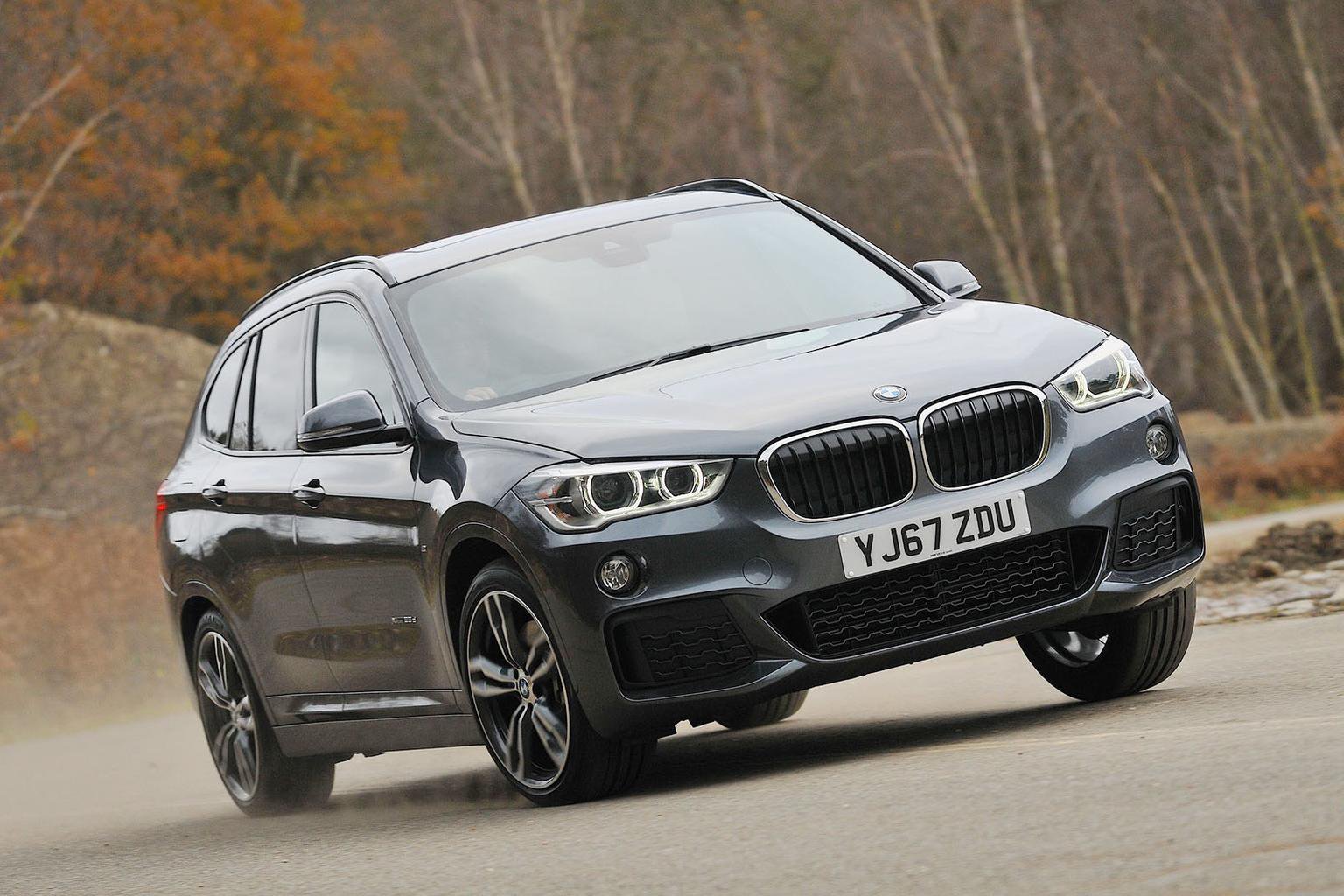 None of our contenders handles as well as the class’s most agile cars, the Seat Ateca and Toyota C-HR. But the Tiguan – unsurprisingly, given that it’s closely related to the Ateca – has the sweetest steering and feels the most composed through corners.

The X1’s steering is very quick by SUV standards, sometimes making the car feel nervous at speed. The wheel doesn’t give you much feedback, either, making the X1 hardest to trust, especially in the wet. That’s a shame, because body control is actually very good.

The XC40, meanwhile, is the least sporty, with the most body lean and fairly uncommunicative steering. And yet at a regular pace, the composure that helps it to ride well also allows it to flow down an undulating B-road surprisingly ably. It’s perfectly pleasant, just not that much fun.