The Volvo XC40 saw off all comers to be named the 2018 What Car? Car of the Year. We’ve added one to our long-term test fleet to see if it’s as impressive when you live with it every day...

“Modern SUVs, such as the Volvo XC40, are useless off road and couldn’t cross a dried-up stream. Debate.”

Right, let me tell you straight off that they can, and I have photographic evidence. I borrowed the XC40 for a week spent doing jobs on the Howell family farm in Wales – a place that's, as you may guess, full of sheep and steep mountains.

Sure, the land was as dry as a bone after being superheated by the longest/hottest/driest summer since records began (probably) but, believe it or not, long, dry grass coating the side of a mountain can still be slippy. Yet, despite being on standard, road-focused tyres, the XC40’s four-wheel drive dragged it up slopes and its hill decent system brought it safely down the other side. 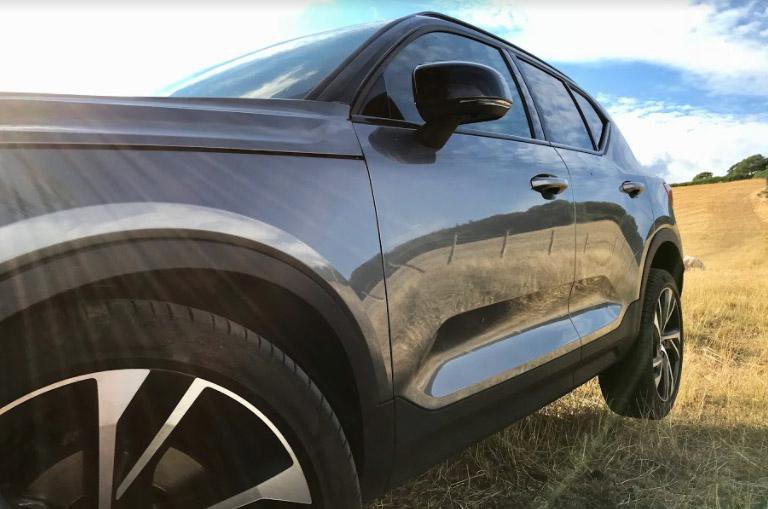 The lack of axle articulation meant the car occasionally dangled a wheel helplessly in the air, so it’s no Land Rover. But it categorically can go off road.

Shortly after the XC40 returned from Wales, I borrowed it for a photography assignment in Dartmoor with What Car?'s sister title PistonHeads.

The boot wasn't quite big enough for all my gear, but I found the rear seats easy to fold flat. And the keyless entry came in handy, making it easier to get the tailgate open when I had my hands full.

I'm also a big fan of the way the XC40 looks, in particular, the cut of the rear passenger windows and the two-tone black and grey paint job of our car.

However, I'm less convinced by the automatic accident detection system, which decided to jam the brakes on at high speed when I drove past a temporary road sign straddling the central partition of the motorway. Luckily, there was nobody close behind me or it could have caused an accident instead of preventing one.

More on our long-term Volvo XC40 >