The Porsche Cayenne Coupé is a big SUV so, no matter how tall you are, you should have plenty of head and leg room in the front. And shoulder room is also generous; there’s no risk of you and your front passenger banging elbows.

Wide door bins add to the car's practicality, as do the selection of other cubbies, which include a good-sized storage space under the front armrest.

Head room is one area where there’s a noticeable difference between the regular Cayenne and this Coupé version, owing to how the latter’s swooping roofline and standard panoramic glass roof. The seat bases are mounted 30mm lower to compensate, so there's still enough room for six-footers.

Leg room remains generous. A lanky-legged adult can fit easily behind a similarly tall driver, and while you get four, rather than five seats as standard (with a storage tray running between the rear two), you can swap this setup for a more practical, five-seat layout at no extra cost.

The rear door bins aren’t as big as those up front, but you can still fit a 500ml bottle of water in each of them. Plus, there’s an armrest that folds down out of the rear bench, containing a pair of cupholders. 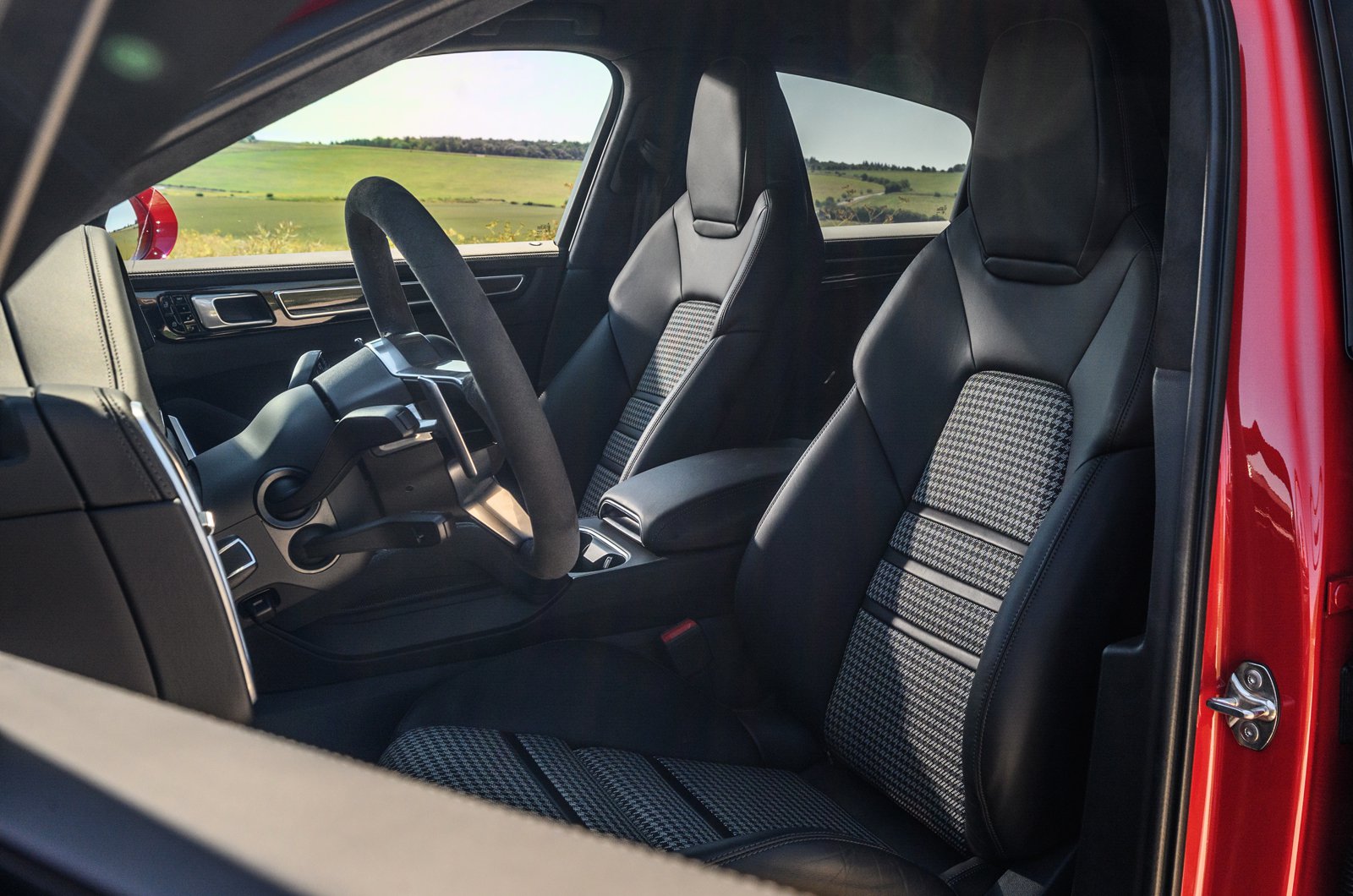 Both the four and five-seat arrangements offer rear seats that can be slid forwards and backwards to prioritise rear leg room or boot volume. What’s more, you can vary the angle of the backrests to improve comfort and the seats fold three ways with a 40/20/40 split.

As is the case with the driver’s seat, the front passenger’s seat is electrically adjustable but doesn't have lumbar support adjustment unless you upgrade to the 14-way powered seats.

This is another area in which there's a dramatic difference between the Cayenne Coupé and other luxury SUVs, such as the BMW X5 and Audi Q7, or the regular Cayenne for that matter. The Coupé’s boot is 100-litres shy of the standard Cayenne's, although that still leaves you with plenty of room for suitcases or flatpack furniture. The boot also scores well for being usefully square, although there's a bit of a load lip at its entrance for you to lift heavy luggage over.

Unfortunately, if you go for a hybrid model, you lose another 100 litres of space, because the batteries sit under the boot floor.