The entry-level Cayman 2.0 is a fine option. With 296bhp it's really not slow; on a cold, damp day, we timed one fitted with the seven-speed PDK automatic gearbox from 0-60mph in 4.6sec. And that was without the optional Sport Chrono pack that, Porsche claims, makes it even quicker. It's not just its outright speed but the way its power builds; it gets really gusty from around 2500-3000rpm and then romps away evermore willingly to the 7500rpm redline.

In fact, the 2.0-litre is so good that we'd say don't buy the 2.5-litre S model. It's quicker (officially 0-62mph takes as little as 4.2sec) but not as sweet, with some unpleasant flat spots as you rev it out. Do, however, buy the GTS. Its 394bhp six-cylinder motor is an absolute gem. It'll pull easily in higher gears from low revs but offers explosive energy when you want to drive your sports car in a sports car fashion. If you've got the extra cash it really is worth spending it.

The Cayman GT4 offers another 20bhp on top and is equally thrilling, but supply is very limited.

Adaptive dampers (called PASM in Porsche speak) with a 20mm lower-than-standard ride height are optional on the Cayman and Cayman S, but standard on the T and GTS. Thankfully, it's one option you can leave unticked because, even with 20in wheels fitted, the Cayman rides perfectly well for a sports car without PASM. It's firm, yes, but far from jarring around town and the faster you go the smoother it feels.

With PASM fitted it's no magic carpet, but the Cayman's suspension gets a little more sophistication to round off any bumps and hollows that bit better in the softer of the two modes. You certainly notice the added stiffness when you pop the suspension into the sport mode but it's still tolerable.

Overall, the Alpine A110 manages to be a little more comfortable at times, as does the Toyota Supra, but there's not a vast chasm of comfort between all three cars. 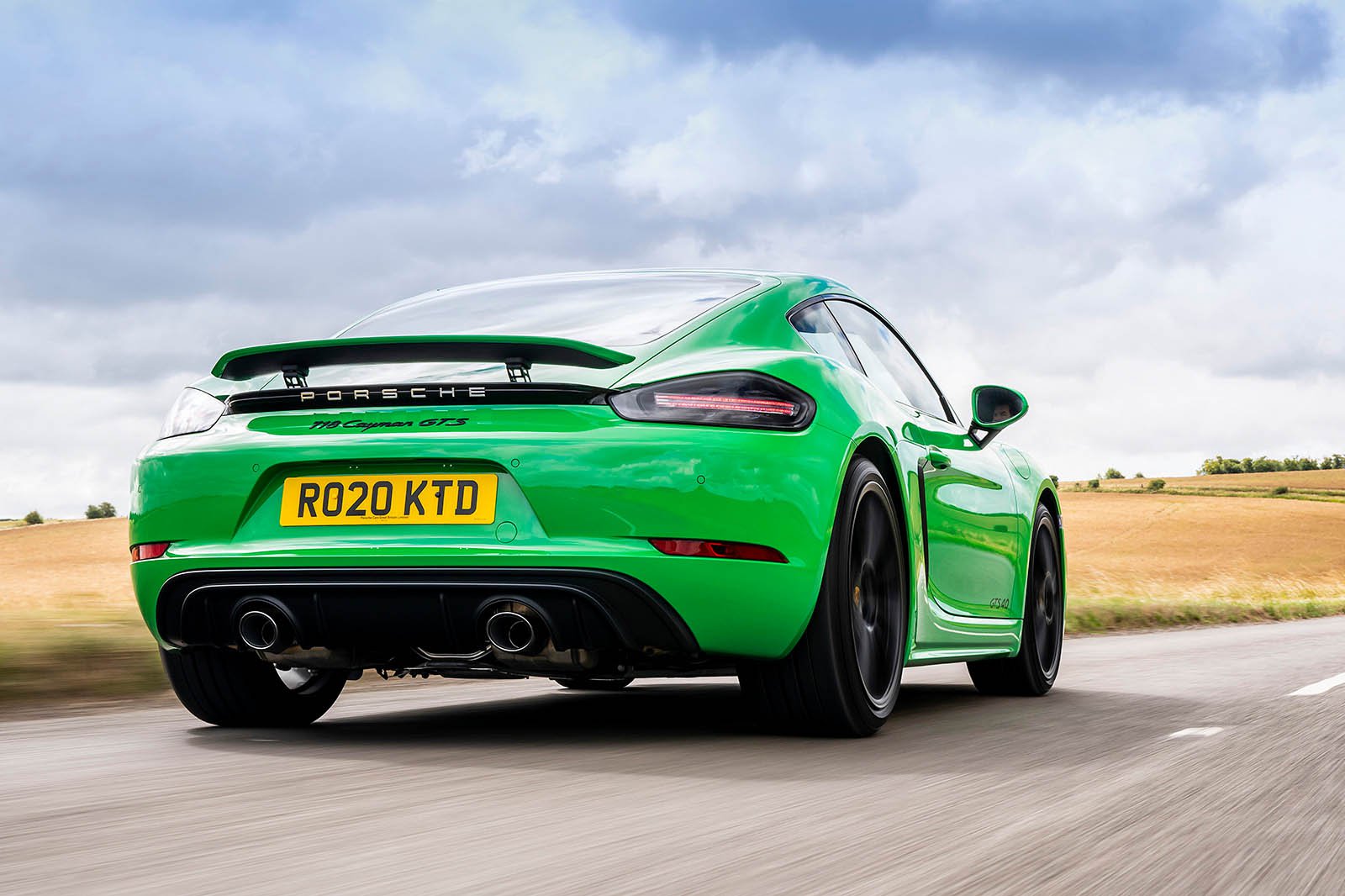 Any sports car worth its salt needs to offer handling excitement in spades and the Cayman certainly doesn’t disappoint. Its steering is wonderfully precise, perfectly weighted and has enough feedback to give you plenty of confidence. Turn in to a bend and there’s virtually no body roll and an enormous amount of grip. That applies whether you have the standard passive dampers or the PASM adaptive suspension.

Put simply, the Cayman’s handling is on a different level from that of rivals such as the Audi TT, BMW Z4, Jaguar F-Type Coupé and Toyota Supra. You could argue the lighter Alpine A110, with its less grippy tyres and more prominent body lean, is a more playful car at regular road speeds, but the Cayman certainly has superior body control and higher limits.

It also has a wonderfully broad range of talents. It feels just as at home on fast, sweeping corners as it does pottering around town, where the steering is light enough to make parking easy.

There is no question which engine to buy for the right noise: the 4.0-litre, six-cylinder in the GTS and GT4. It's rich and soulful, which is exactly what you want from a sports car, and it's even more invigorating than the Jaguar F-Type's parp.

Comparatively, the four-cylinder engines sound disappointing. The 2.0-litre is the better of them; it doesn't produce a pretty noise, as such, but it is aggressive, sporty and interesting. The 2.5-litre S is rougher and more obnoxious than the 2.0-litre, so that's another reason to avoid it. If your budget doesn't stretch to a GTS and you don't like the Cayman's four-cylinder noise, try the Alpine A110 instead; its four-cylinder engine is sweeter than the Cayman's.

The standard six-speed manual gearbox has one of the sweetest shift actions you’ll find on any car and the PDK auto 'box is equally adept. Wind and road noise are the biggest bugbears of Cayman ownership – there's plenty of both on the motorway. If you need a sports car with better cruising manners then we'd suggest the Toyota Supra, which is a lot quieter.