Despite having its engine mounted in the middle of the car, the Cayman has more than enough room to accommodate a couple of taller folks. Head room is especially good and leg room is also fine, but only if you keep the backrest angle quite upright – if it's reclined, the seat hits the bulkhead behind before it reaches the full extension of the seat runners. The interior is also wide enough to ensure that you never brush elbows with whoever's sitting next to you.

There's a lot more storage space than there is in an A110. This includes a decent-sized glovebox, a couple of cupholders and several other cubbies, including one in the centre armrest big enough for a mobile phone. Otherwise, the door pockets are shallow, tricky to access and certainly not big enough for something chunky, like a bottle of water. 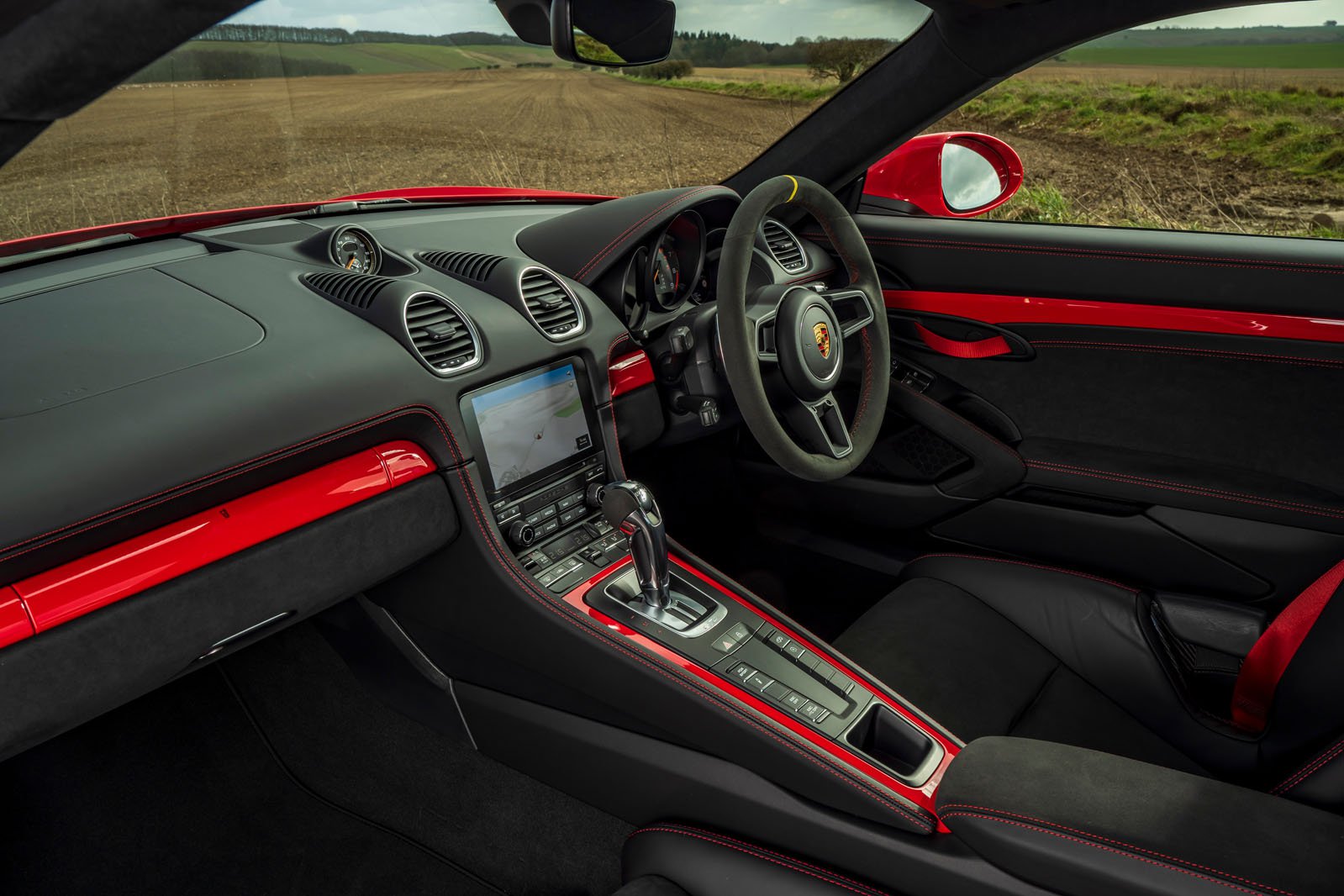 Aside from having an electrically adjustable backrest as standard, the Cayman’s seats don’t do anything to set them apart. You can add 14-way electric adjustment that includes lumbar support, or 18-way seats that also feature adjustable side bolsters.