The ‘60’ version is very well priced compared with similar-sized electric rivals. It even qualifies for a £2500 grant from the Government, something you won’t get on any Ford Mustang Mach-E or Volkswagen ID.4. Indeed, if you want an electric SUV for less money, you’ll need to go for something a lot smaller (think Kia e-Niro, Hyundai Kona Electric or MG ZS EV).

The larger battery ‘80’ version is less compelling, partly because it’s more expensive to start with but also because it doesn’t qualify for any government support. It’s still cheaper than equivalent versions of the ID.4 and Mach-E, though.

Resale values are predicted to be strong and, like all pure electric cars, the Enyaq is exceptionally cheap to run if you’re a company car driver paying benefit-in-kind (BIK) tax.

Even the smaller battery ‘60’ version gets plenty of standard luxuries, including dual-zone climate control, 19in alloys and cruise control. The ‘80’ adds a steering wheel-mounted paddles for manually adjusting the level of regenerative braking on the move, along with the extra parking aids we mentioned earlier.

Whichever battery you choose, we’d recommend adding a few option packs, with the Family Package Plus, Climate Package Plus, Transport Package and Parking Package Basic the most recommendable. 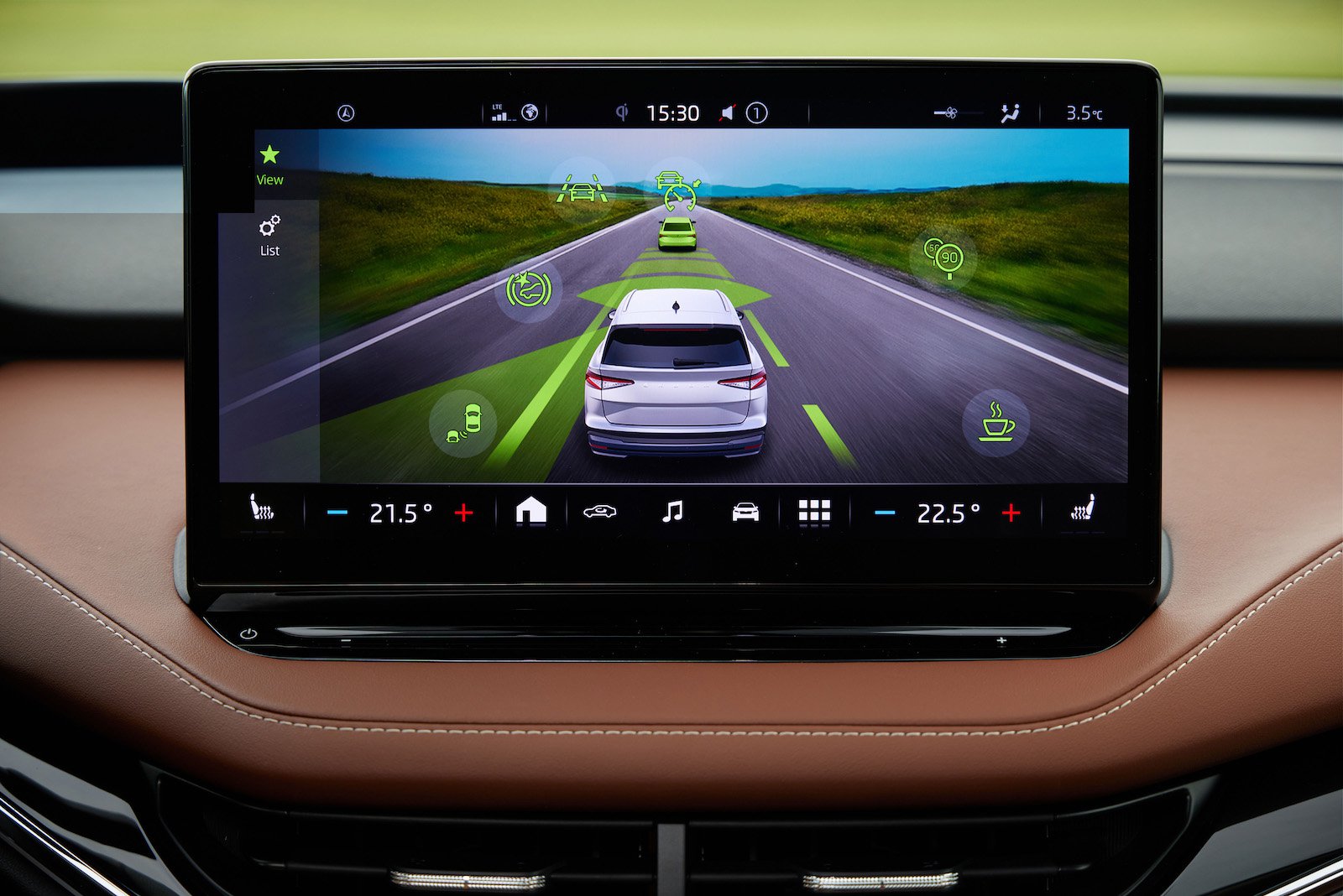 The Enyaq is too new to have featured in the most recent What Car? Reliability Survey, so we can’t give you specific information about how likely (or unlikely) it is to go wrong. What we can tell you is that Skoda as a brand came an impressive sixth (out of 31) in the overall manufacturer league table.

You get a three-year warranty capped at 60,000 miles on most parts, although the battery is covered for up to eight years with a 100,000-mile cap. If the battery falls below 70% of its original useable capacity during that time, Skoda will foot the bill to put it right.

The Enyaq scored five stars (out of five) for overall safety when it was appraised by Euro NCAP. Adult occupant crash protection was found to be fractionally better than in the closely related ID.4, with child protection gaining an identical score to that car.

You get lots of safety kit as standard, including multiple airbags, automatic emergency braking (AEB) and lane-keeping assistance. Other aids, including blindspot monitoring, are offered as part of the Assisted Drive Package Basic.