When it comes to value for money the Octavia Estate is at the sharp end; even the entry-level 1.0 TSI 110 SE is a commendable proposition and far better than the cheapest Vauxhall Astra Sports Tourer. The Seat Leon Estate is near enough bang on the same cost for a like-for-like engine and trim, while other rivals, including the Ford Focus Estate and the Toyota Corolla Touring Sports, are a fair bit pricier. Compared with the Corolla the Ocativa's resale values aren't particularly strong, though.

The plug-in iV is available only in the upper trims, but even so, it's competitively priced against other PHEVs. For reference, it'll take around 6hrs to charge from a three-pin plug, and 3hrs from a 7kW home wall box (0-100%).

The iV can be quite pricey to buy on a PCP finance deal, but normally Skoda is quite generous with deposit contributions, so, in the main, you can expect competitive monthly PCP rates. That doesn't apply to the business-oriented SE Technology model, though. Meanwhile, insurance costs sit between the Focus Estate’s and Corolla Touring Sport’s.

CO2 emissions and fuel consumption are very good, even for the petrol engines, and broadly in line with the Focus's. The hybrid Corolla performs even better, but it’s worth pointing out that the Octavia's diesel engines are RDE2 compliant, so company car users aren’t liable for a 4% BIK surcharge. Mind you the real steal is the iV plug-in. It's in one of the cheapest tax bands for anything other than a fully electric car.

First off, all versions have a few handy treats, such as the umbrella in the passenger door and an ice scraper clipped to the fuel filler flap. SE trim is far from stripped out, with 16in alloy wheels, a leather-trimmed steering wheel, two-zone climate control, keyless start, automatic lights and wipers and cruise control.

Next up is SE Technology, which is aimed at business users mainly, and offers the best value for money; the gains include floor mats, an auto-dimming rear-view mirror and more distinctive alloy wheels, plus front parking sensors and sat-nav upgrades.

There’s a bit of a price jump to SE L, but it's still not exorbitant in the grand scheme of things. You get plenty of useful kit, such as 17in alloys, privacy glass, power-folding door mirrors, suede trim, heated front seats, adaptive cruise control and keyless entry. SE L First Edition tops that off with ambient lighting, plus blindspot warning and a powered driver's seat. 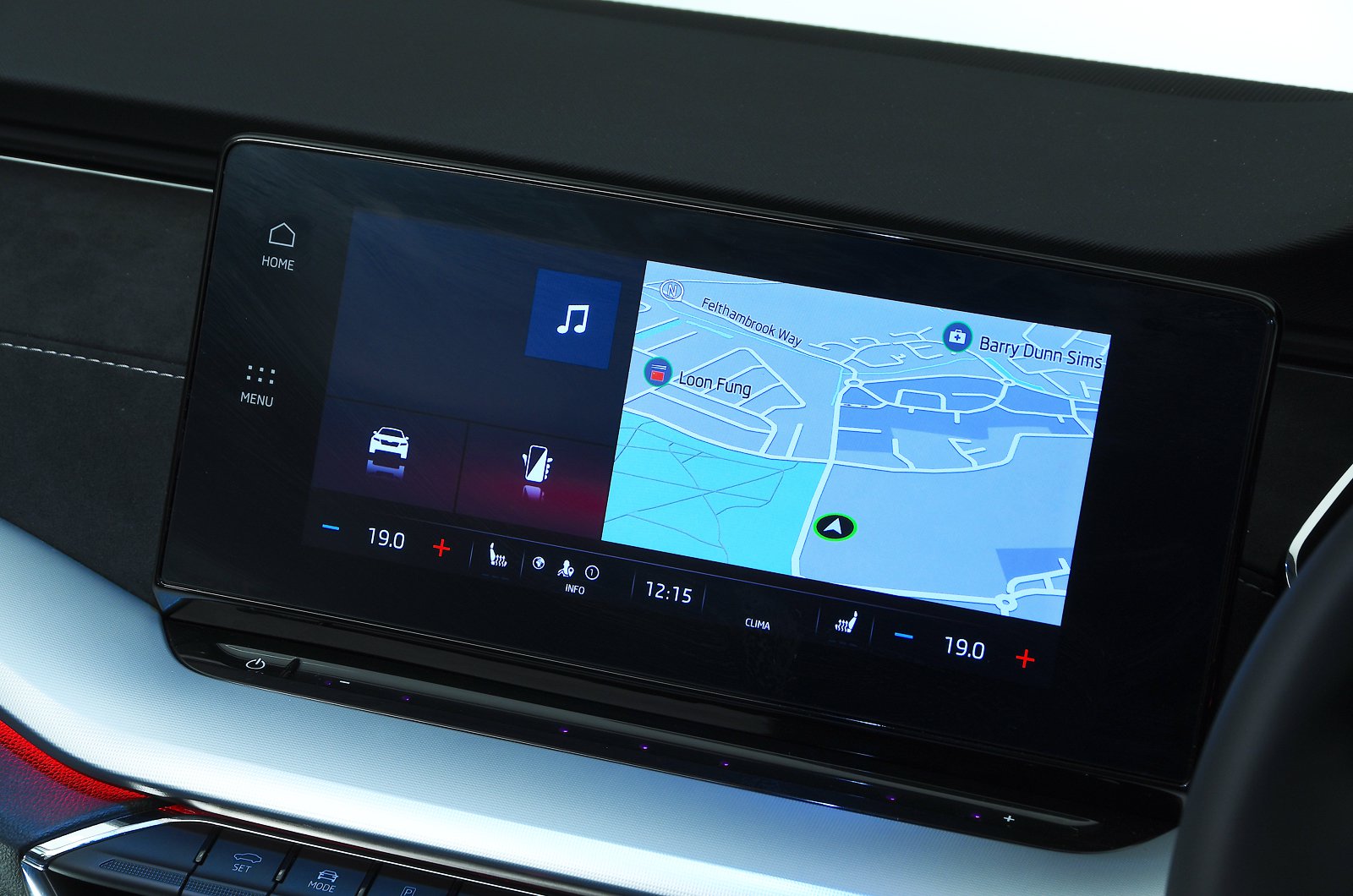 This generation of Octavia is too new to have appeared in the 2020 What Car Reliability Survey, but Skoda as a brand ranked an impressive 5th out of 31 manufacturers. Of its main rivals in the estate car class, only Toyota ranked higher.

The Octavia received Euro NCAP’s maximum five-star safety rating and was found to be better at protecting adult occupants than the Focus in the event of a crash. True, the Corolla scored better marks for side impact protection than both, but it didn't perform as well as the Octavia in some frontal crashes.

Automatic emergency braking, lane-keeping assistance and an e-Call system that notifies the emergency services if you’re involved in an accident, are standard on all models. SE L First Edition adds a handy system that flashes a light on the door mirror if something’s in your blind spot, as well as adaptive cruise control, which maintains a steady gap between you and the car in front, braking to match its speed where necessary.