The 1.6-litre petrol engine pumps out 126bhp. This number sounds okay, but, with no turbo on hand to boost performance, it's pretty gutless below 3000rpm. And even when you rev it beyond that point, it cannot deliver a turn of speed to match the Tivoli's rivals: 0-62mph takes a leisurely 12.0sec for the six-speed manual (11.0sec for the auto 'box).

The Ford Puma with a 1.0-litre Ecoboost (mHEV) 125 petrol will do the job in under 10sec and pulls much more vigorously all the way through the rev range. The Tivoli feels underwhelming next to that, and draining to drive, because of the extra revving and gear changing required.

The 113bhp 1.6-litre diesel engine is a better option. It's no quicker in outright pace than the petrol, but, with a healthier slug of low-down torque, you can progress up to motorway speeds with less fuss.

On the plus side, the Tivoli is quite soft riding. It's not as comfortable as a Dacia Duster or Volkswagen T-Roc, but manages to take some of the sting out of potholes and speed bumps you'll encounter around town.

The problem is that consistent surface undulations, as with the MG ZS, show up a lack of control to the ride. The Tivoli's always fidgeting and jiggling over little ridges, while on open roads, things can get quite bouncy over a series of dips and crests.

As a result, even firmer cars, such as the Ford Puma, are way more settled and more comfortable overall. 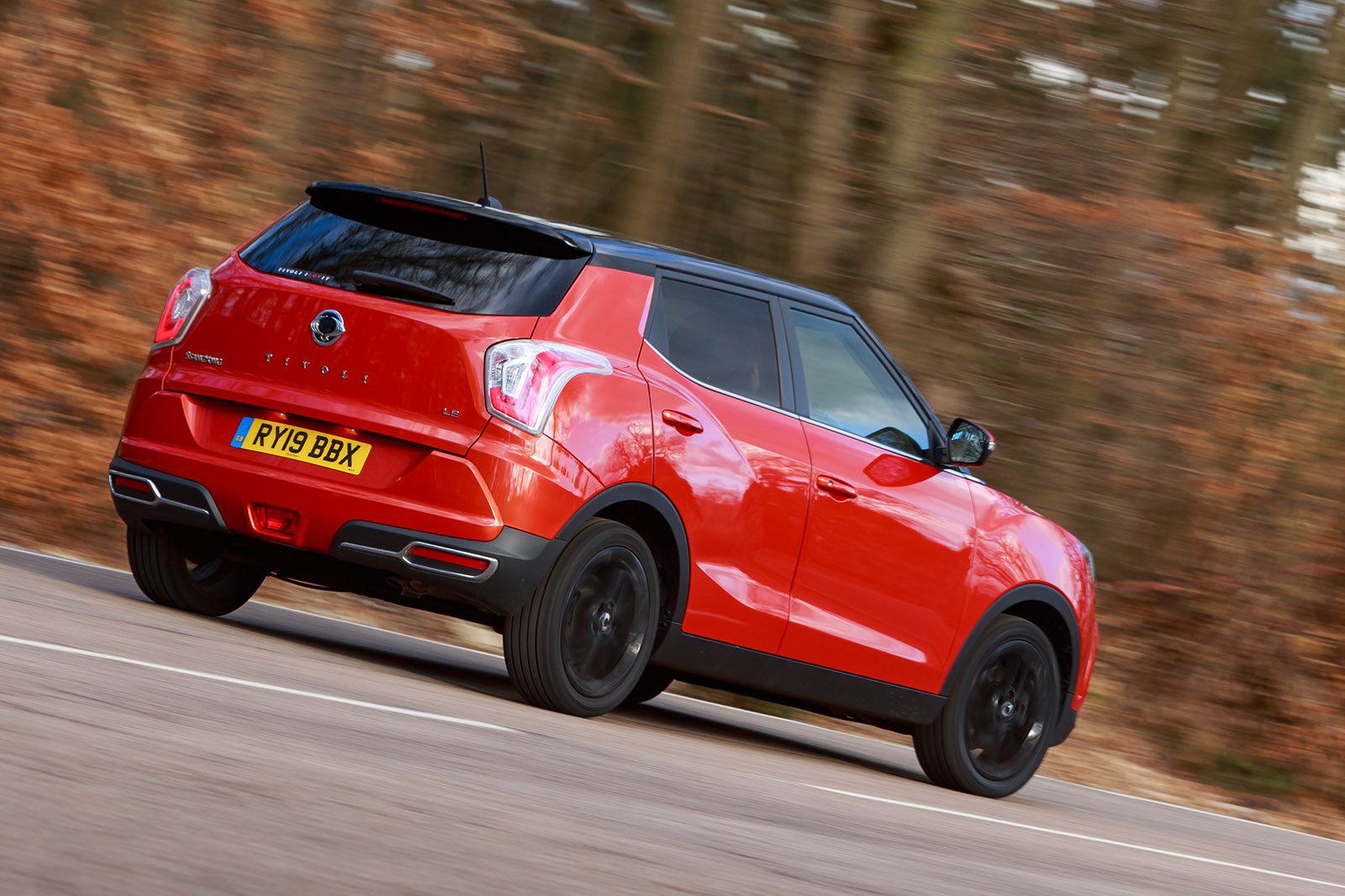 The suspension's issues that affect the ride hurt the handling, too. Like the ZS and Duster, there's plenty of body roll and nowhere near as much grip as you'll find in a Ford Puma or Seat Arona. If you adopt even a remotely enthusiastic driving style around corners, the front tyres wash wide very easily, and the stability control is poorly implemented, cutting the power abruptly and rather disconcertingly.

The Tivoli’s steering is quite slow, requiring more turns to get around any given corner than quicker steering cars, like the Puma or Skoda Kamiq. It's also quite remote, and you don't feel connected directly to what the front tyres are up to. The turning circle is tight, though, and the steering is weighted lightly around town, with a button on the dashboard that adds a bit more heft when you want, such as on faster roads.

The 1.6-litre petrol engine is reasonably refined at low revs, but becomes boomy beyond 3000rpm and decidedly coarse above 4000rpm. This is a bit of an issue when you bear in mind that most of its performance is delivered in the upper rev range. Although the diesel version is generally clattery, the fact that you don’t need to rev it as hard to make good progress means it's the better choice.

The petrol engine's sensitive accelerator pedal makes it easy to over-rev the engine as you start off. With snatchy brakes, too, the Tivoli’s tricky to drive smoothly in traffic compared with the Skoda Kamiq. The six-speed manual gearbox has a positive gate and slick action, though, hampered only by a slightly long throw. Meanwhile, the six-speed auto is reasonably smooth through the gears, but sends the engine racing from time to time.

Over hefty bumps and sharp ridges there’s plenty of suspension noise, and, once you reach around 60mph, you'll hear much more wind and road noise than you will in the hushed Volkswagen T-Roc. 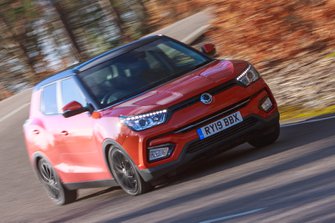 Roomy for its size and decent to drive