Getting in and out of the Tivoli is easy, thanks to its wide-opening doors, and, once in, you’ll find that space is good. Both front seats offer room aplenty for taller people, with generous leg room and oodles of head room.

Storage provision is also decent. Each front door pocket is shaped to hold a 1.5-litre bottle of water at its leading edge, but the section behind is narrow – suitable for a map or small umbrella.

The centre console comes with a tray for a smartphone in front of the gearlever, and just behind the latter there are two cupholders. Extra storage is available with a cubby under the front armrest and a decent-sized glovebox.

Thanks to its boxy shape and high roofline, the Tivoli is almost as spacious in the back as small SUVs get. There's more room than you get in a Dacia Duster or MG ZS, or more expensive cars, like the Ford Puma. Only the Skoda Kamiq has more head or leg room. With the Tivoli's front seats slid back, six-footers in the rear will be fine; even a third passenger won’t feel too cramped, thanks to the generous width of the rear bench. Having only a low central hump means there's plenty of foot space, too.

All three seats have adjustable headrests, there’s a folding armrest in the middle seat and the two outer seats can accept a child seat with Isofix mounting points. The pockets moulded into each rear door will fit a 1.5-litre bottle of water, and on the back of each front seat there’s elasticated webbing to retain maps and papers. 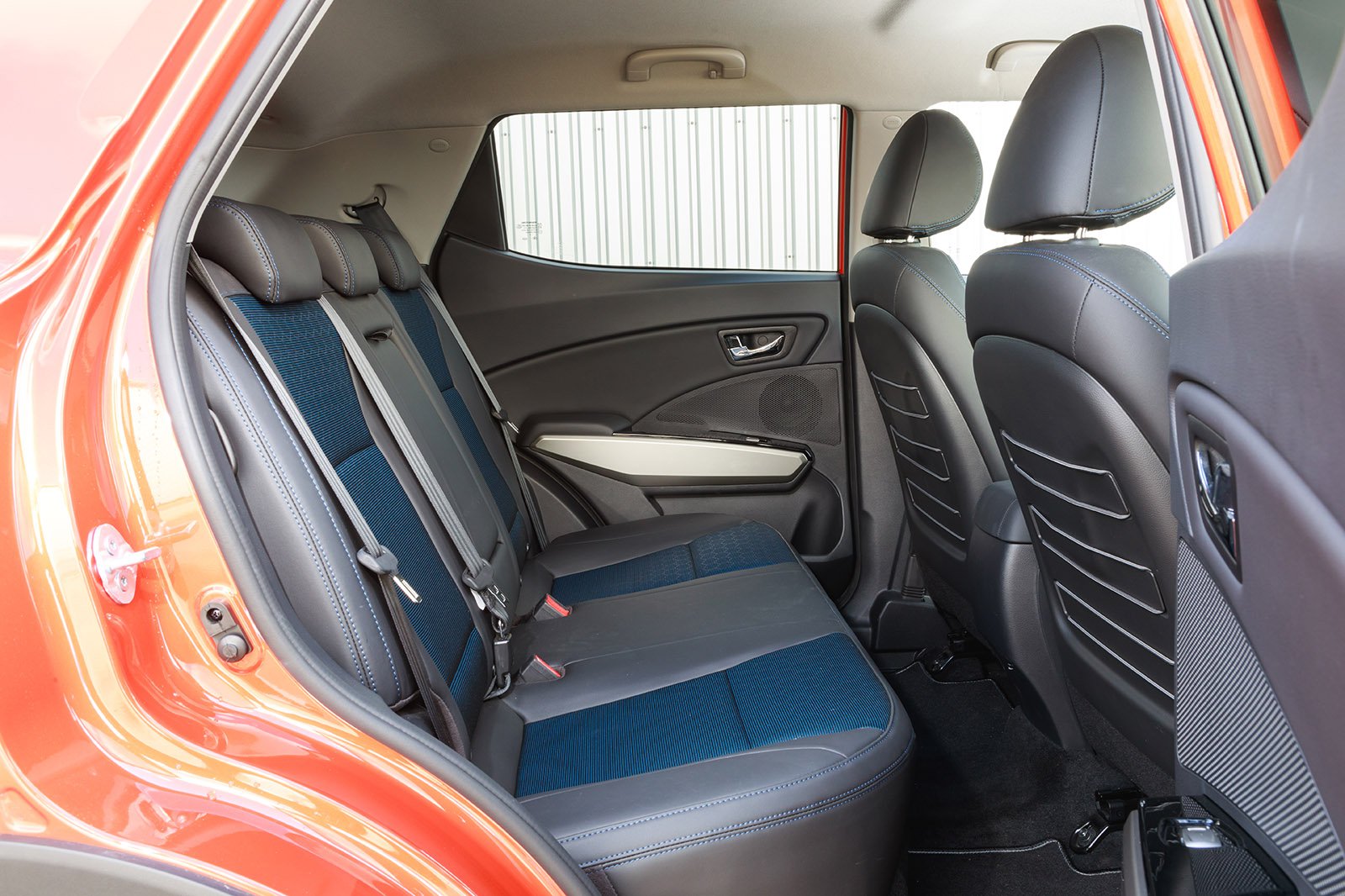 There’s no height adjustment for the front passenger’s seat, even as an option, and adjustable lumbar support doesn’t appear anywhere in the spec list, either.

The rear bench can’t be slid forwards to extend boot space – the Volkswagen T-Cross's can – and there's no ski hatch, which you can have in a T-Roc. Like most of its rivals, the backrest folds in a 60/40 fashion.

Need a big boot? The Tivoli isn't bad, with enough space to fit a child’s buggy or a set of golf clubs. It’s a good, square shape, too, with a wide aperture that gives easy access.

The bad news is it's still smaller than most of its rivals' boots, from the Dacia Duster's and MG ZS's, to more expensive cars like the Volkswagen T-Roc's and Ford Puma's. And, oddly, you don't a load bay cover until you move up to the ELX trim.

Dropping the rear seats leaves a hefty step in the load bay, and, because there's no height-adjustable boot floor to level that out, it's awkward sliding long, heavy loads on board.