The entry-level Swift looks good value compared to its main rivals; it’s cheaper to buy than the VW Polo, and comes with more equipment across its range, too. If you move up through the trim levels, the prices start to climb but, spec-for-spec, it still undercuts an equivalent Ford Fiesta.

With such small engines, no version of the Swift is particularly thirsty, but it may come as a surprise that the 1.2-litre Dualjet is more economical than the 1.0-litre Boosterjet. The highest official fuel consumption comes when the 1.0-litre engine is paired with the automatic gearbox, but 46.9mpg is far from disgraceful, while the Dualjet returns up to 55.4mpg depending on trim and wheel size.

While the Swift’s servicing costs are about average at this level, it’s worth pointing out that its insurance costs are unusually high – in fact, it’s 15 groups higher than a Ford Fiesta and pretty much on a par with the 197bhp VW Polo GTI. This is due to insurance experts rating the Swift as more expensive to repair than its rivals; young drivers in particular are urged to seek an insurance quote before choosing the Swift.

Even base SZ3 models come with a decent level of kit for the class; you get the aforementioned Bluetooth connectivity along with air conditioning, a leather steering wheel and electric front windows. We’d upgrade to SZ-T for the touchscreen infotainment system we mentioned earlier, along with its rear view camera, front fog lights and alloy wheels.

The Attitude trim level comes with the same level of equipment as SZ-T but brings a bodykit that mimics the style of the more expensive Swift Sport. Top spec SZ5 comes quite well equipped but does push the price up. Highlights include climate control, keyless entry, adaptive cruise control and LED headlights plus the availability of four-wheel drive or an automatic gearbox. 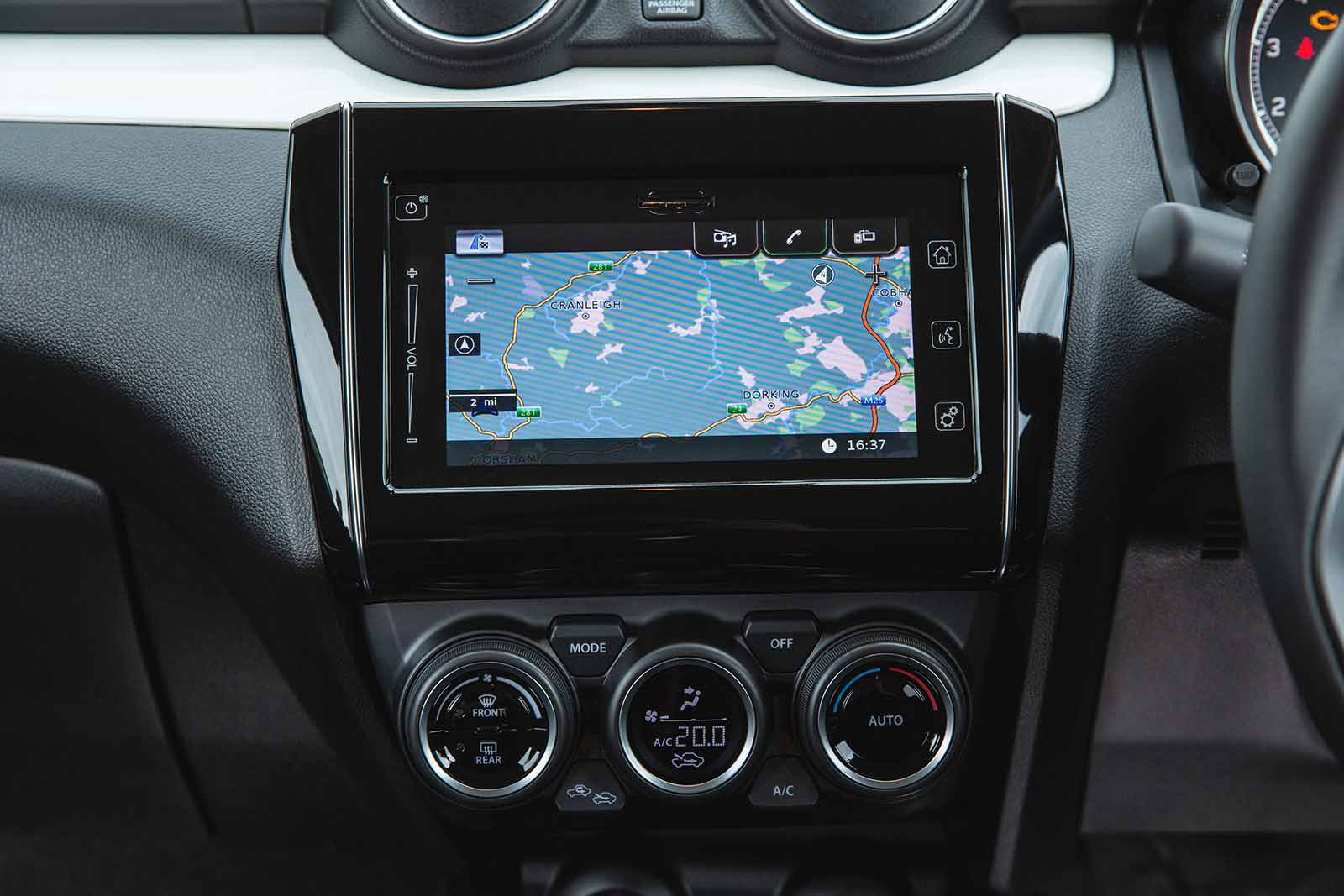 Although the Swift itself wasn’t ranked individually, Suzuki outscored every other manufacturer in the 2018 What Car? Reliability Survey, coming first out of 31 manufacturers, including premium brands such as BMW and Audi.

Such proven dependability is good news when Suzuki’s three-year, 60,000-mile warranty is nothing to write home about – it’s a match for that provided by Skoda and VW, but can’t match Hyundai’s five-year, unlimited mileage cover or Kia’s seven-year, 100,000-mile policy.

Entry-level SZ3 get Isofix mounting points as standard, as well as airbags, but nothing else worth noting. SZ5 models add hill hold control, high beam assist, lane departure warning and automatic emergency braking (AEB) – a system that can automatically apply the brakes if it senses a hazard ahead of the car.

With its extra safety equipment, the Swift SZ5 gets a higher, four-star Euro NCAP rating than other trim levels, which received a three-star rating. That compares to the five-star rating enjoyed by key rivals such as the Fiesta and Fabia. Looking at the Swift's results in more detail reveals that reasonable protection scores for front seat passengers, but far less protection for those in the rear, be they adult or child.