If your budget permits, it’s worth looking at the turbocharged 1.0-litre engine, badged ‘Boosterjet’. It produces 109bhp, but more importantly has plenty of low-down pulling power so you're not forever shifting gears to keep the engine in its sweet spot. This engine is available with an automatic gearbox that has manual shift paddles behind the steering wheel. A hybrid version of the Boosterjet badged SHVS with cheaper running costs is available, but it doesn't make much difference to the performance and is only available in the top trim level. The Swift Sport, which we’ve reviewed separately, gets a turbocharged 1.4-litre petrol engine.

The most affordable Swift engine is the 1.2-litre unit, which does without a turbocharger and is badged as ‘Dualjet’. It makes 89bhp, and so light is the Swift that this power is more than sufficient both around town and at motorway speeds, providing you make use of its revvy nature to get the best out of it – you can’t let the revs drop too far if you want to make smooth, confident progress when joining roundabouts or motorways. This engine comes with a manual gearbox exclusively, but you’ll like its light clutch and precise gearshift throw.

The 1.2 is also available with a 4x4 system – badged Allgrip –  in top-level SZ5 trim, which also gets the SHVS mild hybrid system. SHVS adds a small battery and a combined motor/generator unit that can recover electrical energy when you decelerate. It also gives you a tiny bit of power boost at low engine speeds. That means it's very nearly as economical as the regular front-wheel drive 1.2.

Although you wouldn’t call the Swift downright uncomfortable, travel on the kind of decaying roads that are all too common in a typical British town and you’ll feel plenty of bumps jostling you around. This is true of the Allgrip model as well, even though it has slightly more ground clearance than other Swifts.

Things do improve as speed increases; motorway expansion joints don’t send too much of a thud through the car. What’s more, the larger 16in wheels fitted on higher trims don’t worsen the ride as much as larger wheels do on comparable rivals. If you value comfort, cars such as the Ford Fiesta and Volkswagen Polo can deal with patchy UK road surfaces more competently, but then, both of those are more expensive cars. 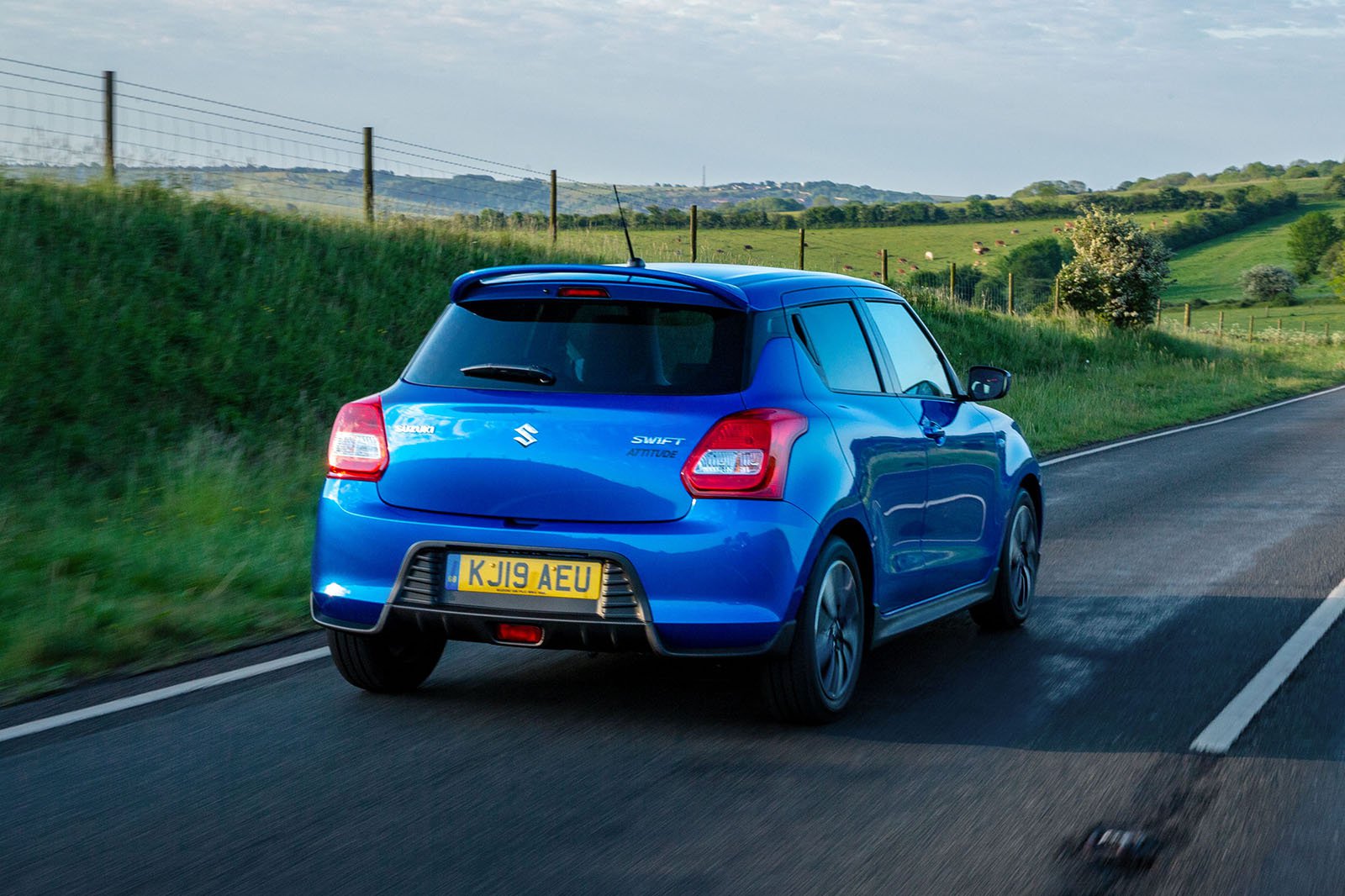 Keen handling is the happy consequence of the Swift’s rather unsettled ride. Throw the Swift into a few twists and turns, and you’ll find the steering is quick, nicely weighted and makes placing the nose of the car easy. There is a fair amount of body lean, but the Swift has impressive levels of grip. The Swift Sport has less body roll and is more fun, but for the most enjoyable car to drive in class, have a look at the Ford Fiesta.

For extra traction you can add Suzuki's Allgrip four-wheel drive system to the Swift. It only adds 90kg to the Swift’s weight and doesn’t push the car’s weight over 1000kg – significantly lighter than many two-wheel drive rivals. You’ll be hard-pressed to notice its extra traction when driving quickly, though – its real purpose in life is dealing with muddy, rutted country tracks, something it does surprisingly well.

Both engines impress with their refinement. The 1.2-litre Dualjet rarely sounds strained, even when being revved hard and it sends very few vibrations through the pedals and steering wheel. The Boosterjet is equally composed, and the SHVS stop/start system works unobtrusively, too. However, you will encounter a fair amount of road noise at speed, along with plenty of whistling from around the door mirrors and door seals.

SZ5 is the only trim level that offers an automatic gearbox; it’s relatively slick and responds well to inputs from the paddles on the back of the steering wheel. The manual ‘box is better though, and it has a short and positive throw that makes changing gear enjoyable.