Small on the outside and big on the inside is what Suzuki was aiming for with the Swift and up front, at least, they have succeeded. You’ll not be uncomfortably close to your front-seat passenger, and tall drivers can move their seat back a decent amount and lower it enough to have decent head room.

Storage is pretty much standard fare for the class. The door pockets are big enough to carry a 500ml bottle upright and the glovebox is a decent size. You also get a pair of cupholders, a smartphone-sized shelf and a tray behind the gear lever that’s perfect for loose change.

The Suzuki Swift isn’t class-leading for rear space, but can handle a pair of adult passengers with room to spare. A six-foot tall passenger can sit behind a driver of similar height without issue. Thanks in part to the Swift’s tall roofline, adults can sit with their heads some distance from the ceiling, and with their knees free of the front seatbacks. Add a third passenger, though, and things get rather more cramped. The rear windows are rather narrow, too, and restrict passengers’ view out.

Every Swift has five doors, and the rear doors open wide to allow very easy access to the rear seats. Compared with a Fiat 500, the Swift is more accommodating in the back, but rivals such as the Skoda Fabia and Ford Fiesta do an even better job of ferrying rear passengers. 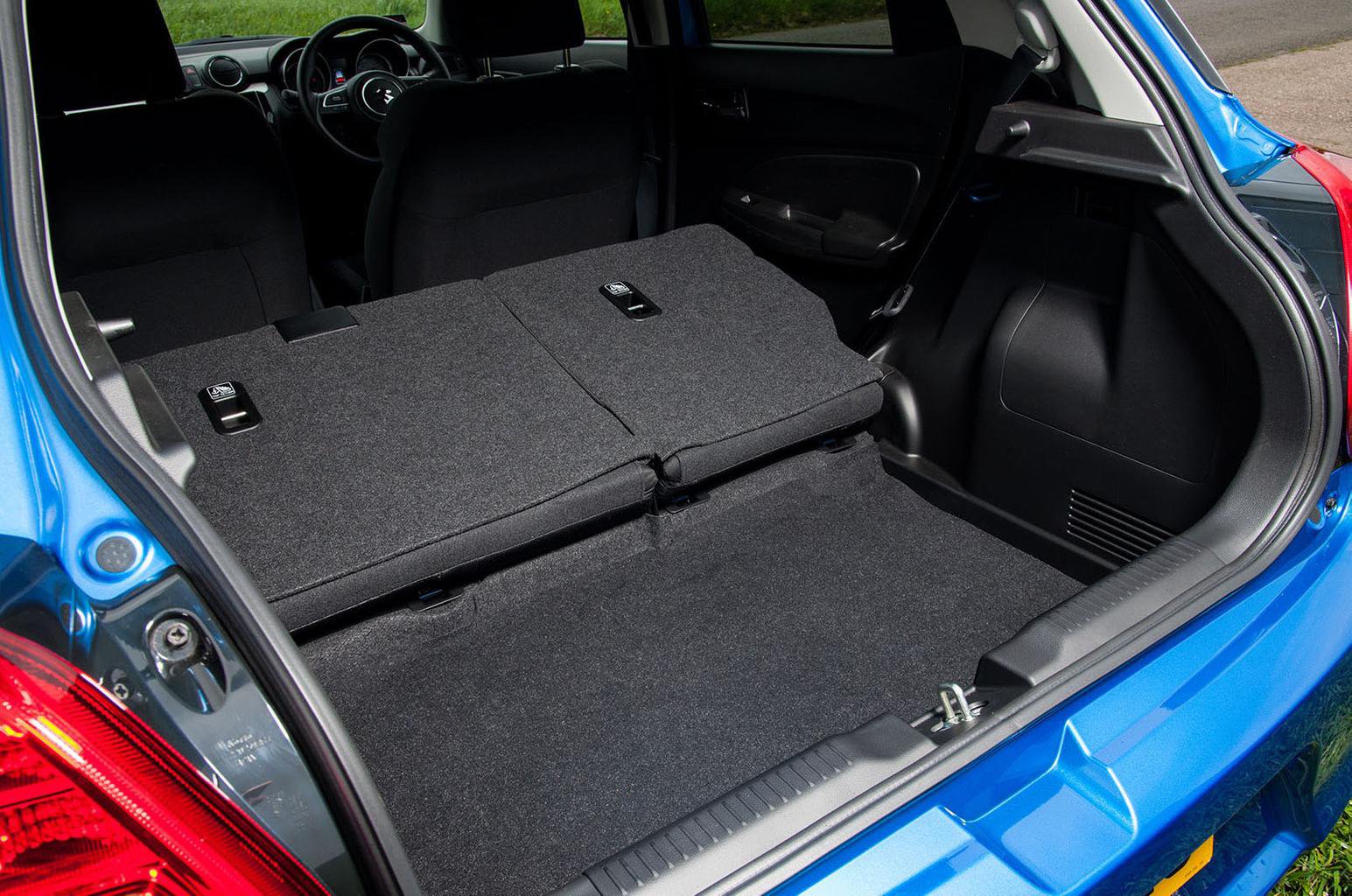 Don’t expect anything special from the Swift here; the rear seats split and fold 60/40 as standard but that’s about as flexible as it gets. The rear seatbacks don’t recline to offer a more comfortable seating position or to increase boot space, and, once folded down, the rear seats leave a fairly pronounced step in the boot floor.

While every Swift has a height-adjustable driver’s seat, none offer adjustable lumbar support for either driver or passenger.

The Swift’s boot is something of a letdown; it’s smaller than that of the Fiesta, let alone the Skoda Fabia. We fitted four cabin-sized suitcases in, though, so there’s enough room for a week’s shopping, but you’ll need to fold the seats down to fit a pushchair in. Given the Swift’s fairly pronounced boot lip, it’d be useful if Suzuki had included a boot divider or adjustable boot floor – the latter would offset the inconvenient step that’s formed when you fold the rear seat down.