While the Vitara was once one of the lower-priced small SUVs on the market, stiff competition means it starts at around the same price as its Ford Puma and Volkswagen T-Cross rivals, while range-topping SZ5 models push it into Volkswagen T-Roc territory. Helping to justify its price, though, is that even the basic Vitara trims offer plenty of equipment, especially in terms of safety kit (discussed below), and Suzuki tends to offer substantial discounts, too. Insurance groups are reasonable and servicing costs are sensible, too.

The Vitara is a relatively inexpensive car to run, and that mild-hybrid engine brings good fuel economy, with an official WLTP figure of 49.7mpg. The Puma, which also offers mild-hybrid technology, returns 48.7mpg, although the regular petrol-powered Volkswagen T-Cross can achieve figures that aren’t far off. Bear in mind, too, that opting for the four-wheel-drive Vitara unsurprisingly reduces fuel economy and increases CO2 emissions.

SZ5 models get lots of upmarket features. These include the front and rear parking sensors, keyless entry, suede upholstery and even an analogue clock in the centre of the dashboard. We’d suggest plumping for cheaper SZ4 trim, as it has all the kit you really need and doesn’t get the headroom-limiting panoramic roof. It’s also the only trim available with the Allgrip four-wheel drive system. 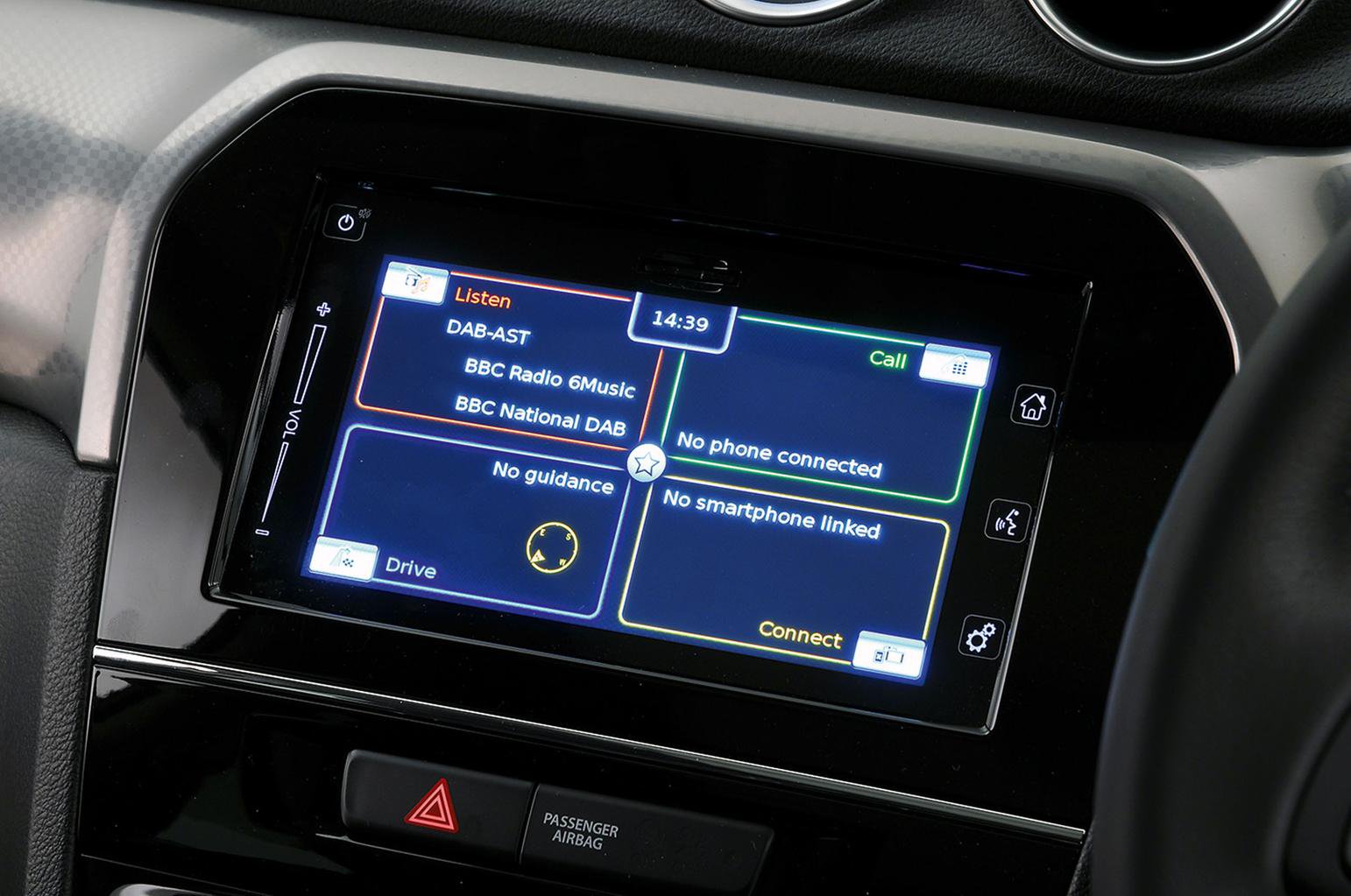 Suzuki ranked third (out of 31) manufacturers in the 2019 What Car? Reliability Survey, while the Vitara itself was one of the most dependable small SUVs, finishing third in the class.

That probably won’t come as a surprise to existing Suzuki owners, though; the brand has an excellent reputation for reliability and several of its cars have performed well in previous reliability and satisfaction surveys.

As with many of its rivals, a three-year/60,000-mile warranty is standard, while a 12-year anti-perforation warranty should quell any concerns about rust.

The Vitara was awarded five stars in its Euro NCAP safety tests, scoring good marks for adult and child occupant protection. It's worth bearing in mind that the test was carried out back in 2015, although there’s still plenty of safety equipment that should see the Vitara scoring a similar, if not the same, result under today’s more stringent tests.

That’s mostly because automatic emergency braking (AEB) – a safety system we consider vital – comes as standard on all trims. All models also get lane departure warning, lane-keeping assistance, blindspot monitoring and rear cross traffic alert; the Ford Puma reserves some of those features for its options list.