To make things simple, there’s only one engine offered for the Vitara, but it’s a good one – a 1.4-litre petrol with 127bhp. While it says hybrid on its rear end, the technology it puts under the bonnet is actually mild-hybrid. It's claimed to give a shot of extra performance under acceleration, but in all honesty, you'll barely notice it. That's not to say the Vitara is slow, because it actually moves quite spritely for a small SUV.

The power delivery is strong and smooth with plenty of performance to get you up to motorway speeds, or to swiftly whip past a slow-moving tractor on a country lane. On paper, it makes the Vitara faster than the equivalent mild-hybrid version of the Ford Puma, and the similarly powered petrol engine in the Volkswagen T-Cross.

We haven’t tried the four-wheel-drive model, badged Allgrip, but its extra mechanical components add 70kg to the car and take the edge off its acceleration on paper. It should add an extra bit of traction when pulling away in wet conditions, as well as the ability to tackle muddy country roads should you need to. Don’t expect it to match the all-terrain credentials of the Suzuki Jimny, though.

The Vitara has firm but well-damped suspension. Big bumps or potholes will send a dull thud through to the interior, but the ride rarely gets unsettled and never becomes jarring.

SZ-T and SZ5 models get 17in alloy wheels instead of the standard 16in rims, but these don’t noticeably compromise the Vitara’s ride quality. The Skoda Kamiq and Volkswagen T-Roc are still the ones to look for if ride comfort is your top priority, though. 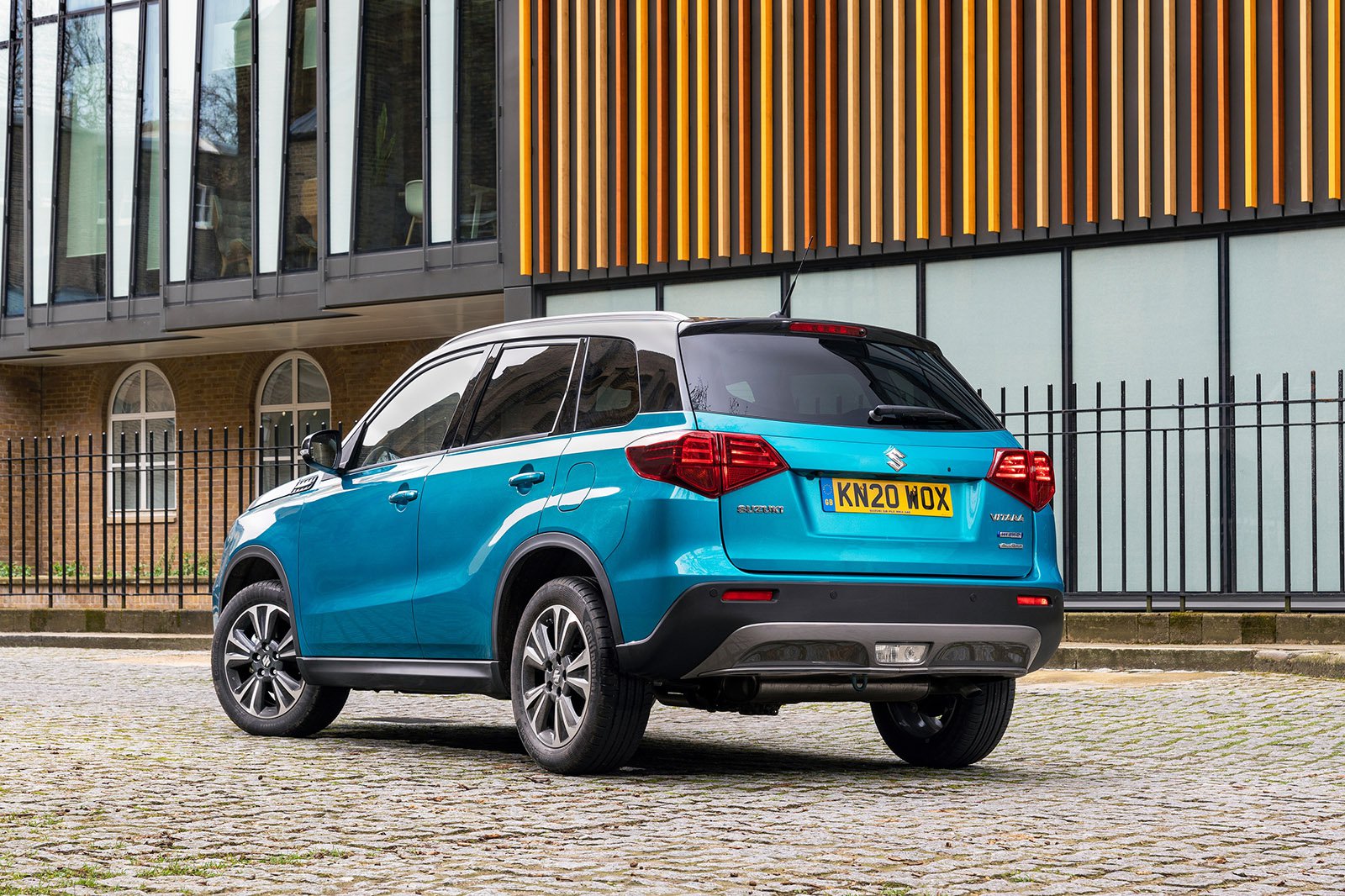 The Vitara goes around corners well enough but is let down by its steering. It’s very light when you begin to turn the wheel, and there’s little sense of connection to the front wheels. It’s better suited for around-town driving, helping you to manoeuvre into parking spaces and around tight roundabouts with ease.

The addition of the mild-hybrid system over the previous-generation Vitara thankfully makes very little difference to how it handles: it only adds 15kg, so it’s not as though there’s loads of extra weight being thrown around through bends. It's still not as composed as the Puma or T-Cross through tight twists and turns, though.

The Vitara’s engines are smooth, even when worked hard, but they sound a bit thrummy when you're getting up to speed and are noisier than the engines of rivals such as the Seat Arona and T-Cross. All models suffer from intrusive wind and road noise, too, especially at faster speeds.

The 48v integrated starter generator that’s key to the mild-hybrid system is also employed to restart the engine after coming to a halt – when pausing at traffic lights, for example. It's far quicker and less obtrusive than a traditional starter motor and spins the engine back into life quietly and without any nasty vibrations.