As we've already mentioned, the Model 3 is the cheapest car in Tesla's line-up – and by some margin. After you’ve taken into account the Government's plug-in car grant, the Standard Range Plus costs roughly the same as an equivalent BMW 3 Series. You don't get the grant on our favourite Performance version, though (it's too expensive), so it'll cost you more than an equivalent Polestar 2. That said, the Model 3 is predicted to depreciate more slowly than its Swedish rival, which should reduce that gap in the long run.

Like all pure electric cars, the Model 3 makes a huge amount of sense for company car drivers because of the enormous benefit in kind (BIK) tax savings on offer. You’ll also spend a lot less on electricity than you would on petrol or diesel. Insurance costs are higher than on many conventional rivals, though.

Buying a Model 3 gives you access to Tesla’s own network of Superchargers, which allow you to charge the battery (from 10-80%) in as little as 30 minutes. You have to pay each time, but the price is reasonable, and the Supercharger network is more prolific and more reliable to use than any other. That's a big reason to buy the Model 3 over, for example, a Polestar 2. Of course, you can still charge up at any public CCS charging point if you need to, but this method takes longer (around 1hr 15min) for the same 10-80% top-up, whereas a full 0-100% charge at home using a 7kW charger takes around 11hr 45min.

All versions of the Model 3 come with plenty of luxuries, including climate control, adaptive cruise control, faux-leather seats (heated in the front), an electric tailgate and keyless entry via an app on your smartphone.

Go for the Long Range or Performance version and, as well as the infotainment extras we’ve already mentioned, you’ll get heated seats in the back. It’s a good thing the Model 3 is so well equipped as standard, though, because there isn’t much on the options list.

Indeed, apart from metallic paint and different alloy wheel designs, the only option is the Full Self Driving Capability. This is potentially misleading, because it doesn't allow you to sit in the back and read a paper while the car takes you to your destination by itself. However, it does allow the car to make lane changes on its own (just hit the indicator), steer itself into a parking space and even be 'summoned' via a smartphone app at very low speeds; for example, if someone parks too close to you in a car park for you to open the doors and get in, you can simply drive the Model 3 out of the space using your phone. 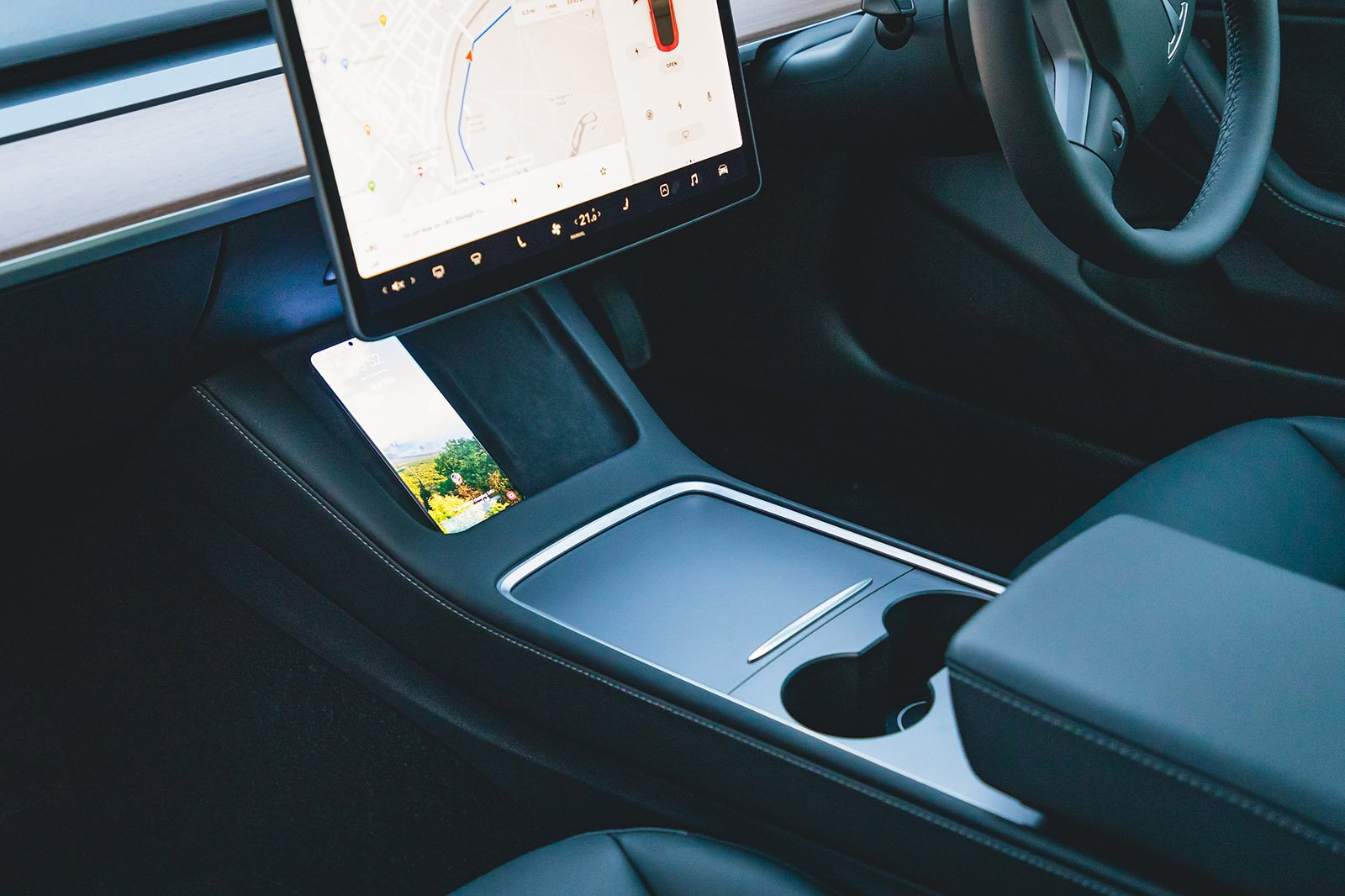 The Model 3 comes with a four-year/50,000 mile warranty, with the battery and drive unit covered separately for eight years or 100,000 miles. Not only does this warranty cover the electrical bits against faults, it also guarantees a minimum 70% retention of battery capacity.

In the 2020 What Car? Reliability Survey, Tesla finished 29th out of 31 brands – down considerably from its 4th place showing in 2019. However, the Model 3 was too new to be included in the survey.

The Model 3 is one of the safest cars ever tested by Euro NCAP – it scored exceptionally well for both its ability to protect occupants in an accident and its ability to help you avoid a crash in the first place. The latter is a suit of safety aids, including automatic emergency braking (AEB) and blindspot monitoring, featuring as standard.

As for security, as well as the usual accoutrements, there’s something called Sentry mode. When enabled, this uses the car’s external cameras to start recording when the car is approached after it’s locked, saving the footage to a USB drive. So, if someone tries to break in, or if someone drives into your Model 3 when it's parked up, the cameras will record the incident.

Lavish inside and extremely hushed, but the range be...