To keep the dashboard on the Tesla Model 3 looking as minimalist as a Scandinavian studio apartment, everything from the wipers to the headlights is controlled using the central touchscreen. The downside is that even adjusting the door mirrors requires you to delve into the touchscreen then fiddle with buttons on the steering wheel. It's a real faff and not advisable while you’re driving.

The same screen also hosts the speedo but, thankfully, the MPH readout is positioned on the top right-hand edge of the screen, so you only have to turn your head a little to read it. Still, we prefer the more conventional layout in the Polestar 2, with buttons to operate the mirrors and digital instruments sitting where you expect them – in front of the driver behind the steering wheel.

More positively, the view out of the back is pretty good and all versions come with parking sensors on both the front and the rear of the car, along with a reversing camera. There's no bird's eye view camera, though.

LED headlights are standard and illuminate very well, although they don't have the adaptive lighting that you can have with the Audi A4 and BMW 3 Series, which allows you to leave the main beams on without dazzling other drivers. 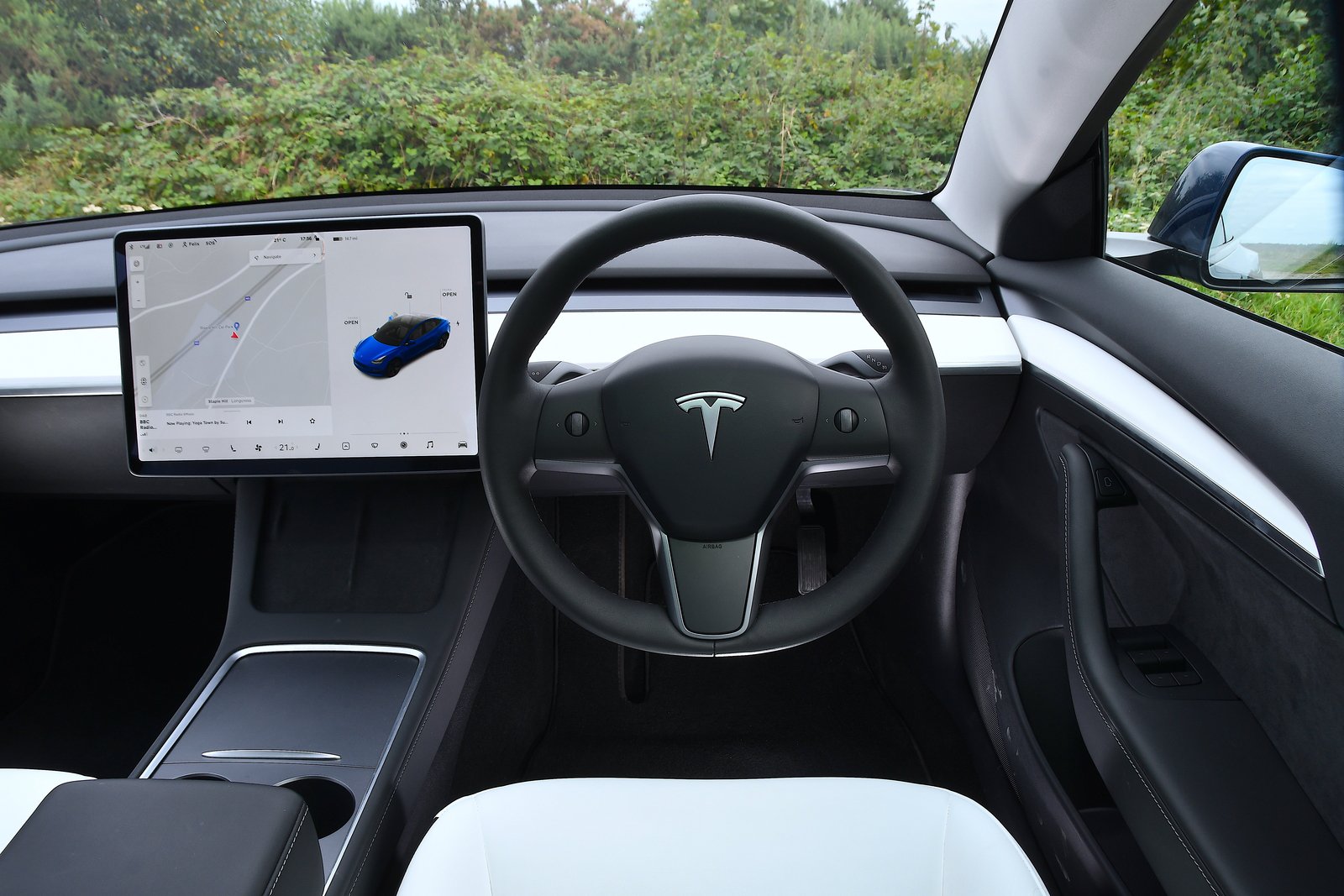 You get essentially the same touchscreen infotainment system as in larger Tesla cars, although the Model 3’s screen is slightly smaller (15in) and is in landscape rather than portrait orientation. The screen's layout is intuitive, and while some of the smaller icons can be distracting to hit accurately while you’re driving, the system is quick and responsive once you’ve made your selection.