Even the entry-level, rear-wheel-drive Tesla Model 3 can do 0-60mph in a claimed 5.8 seconds. That's much faster than an equivalent Kia EV6 or, indeed, a similarly priced petrol or diesel rival, such as the BMW 3 Series.

The Long Range and Performance versions of the Model 3 have four-wheel drive, and not one but two electric motors, so they're even quicker. Indeed, we've timed the Performance pinging from 0-60mph in just 3.3sec, so it'll comfortably see off a Porsche 911 Carrera S in a drag race – as well as its closest rival, the Polestar 2.

If you want a really smooth ride from your executive car, we'd point you in the direction of smaller-wheeled versions of the Audi A4 (you can't get an electric or even plug-in hybrid version of one of those, though).

The range-topping Performance version of the Model 3 has sports suspension and big 20in wheels as standard. Around town, you feel more of bumps as they pass beneath the car, but it's still more comfortable than the Polestar 2 and rides pretty smoothly on a motorway. 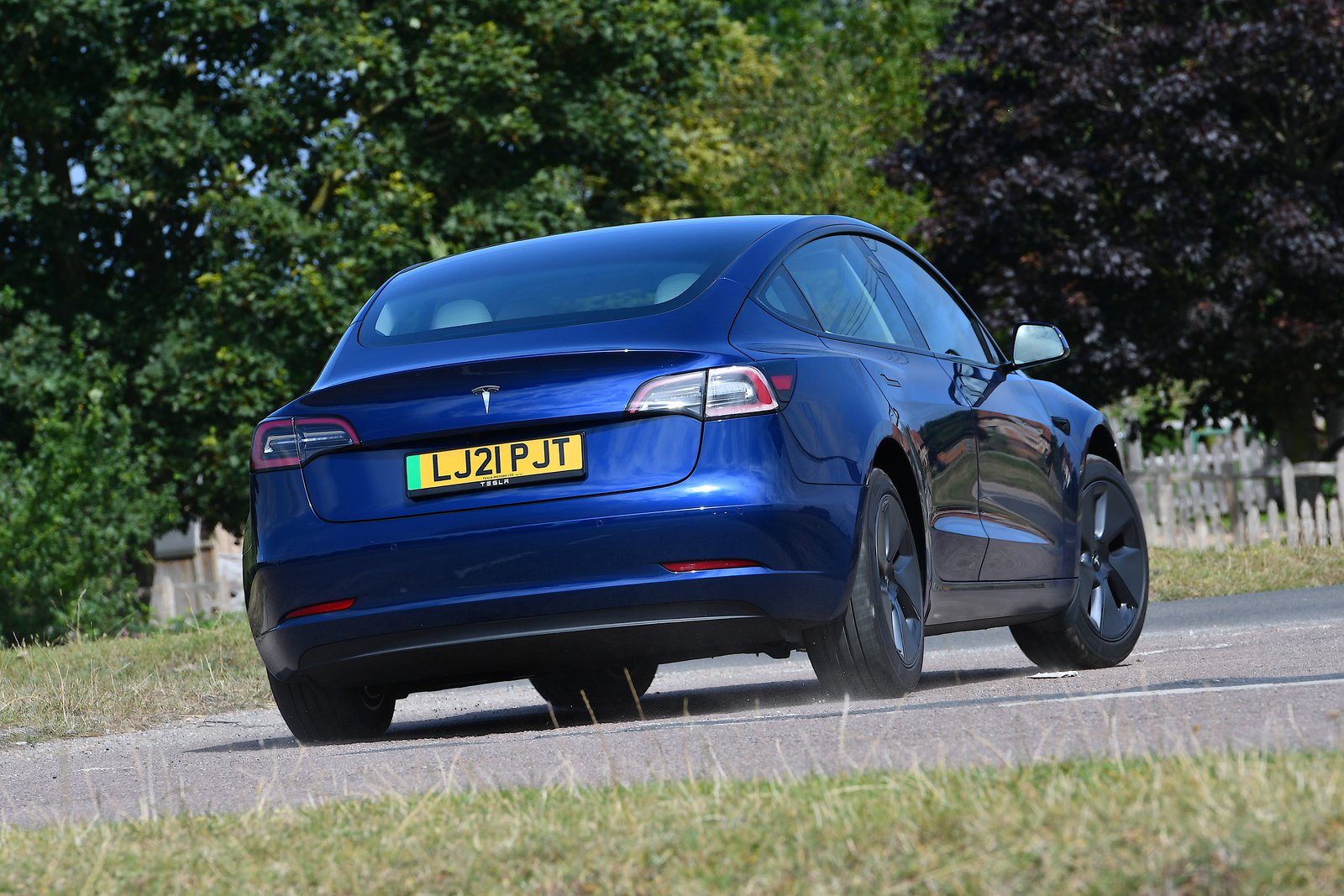 The Model 3 handles better than most other electric cars in its Performance guise. There's not much body lean and the amount of speed you can carry through corners is seriously impressive.

It’s still a heavy car because of the batteries, so it doesn’t feel as light on its toes as an Alfa Romeo Giulia Quadrifoglio for example, but it grips with real tenacity once settled into a bend. The Model 3's steering is quicker and more precise than the Polestar 2's somewhat vague set-up, and you can change its weighting to suit your tastes. You don't get a lot of feedback streaming to your fingertips, but you don't in electric car rivals, either.