Front-seat passengers are unlikely to have any complaints about space, no matter how tall they are. There’s also loads of rooms for odds and ends, with a couple of lidded cubbies between the front seats, as well as front door bins that can each take a big bottle of water.

The front seat area also feels remarkably light and airy, thanks to a combination of the tall side windows and standard panoramic glass roof.

There’s similar leg and head room in the back of the Model 3 to the BMW 3 Series – comfortably enough for a six-footer to sit behind a driver of a similar height, in other words. Leg room is also on par with the Polestar 2, but head room less generous. If you need even more rear space, check out the bigger Jaguar I-Pace or Audi E-tron.

As is the case with the front seats, the Model 3's tall side windows and standard panoramic glass roof make it feel less claustrophobic in the back than many executive car rivals, and a middle rear passenger will find plenty of space for their knees and feet, and no central hump in the floor to straddle. 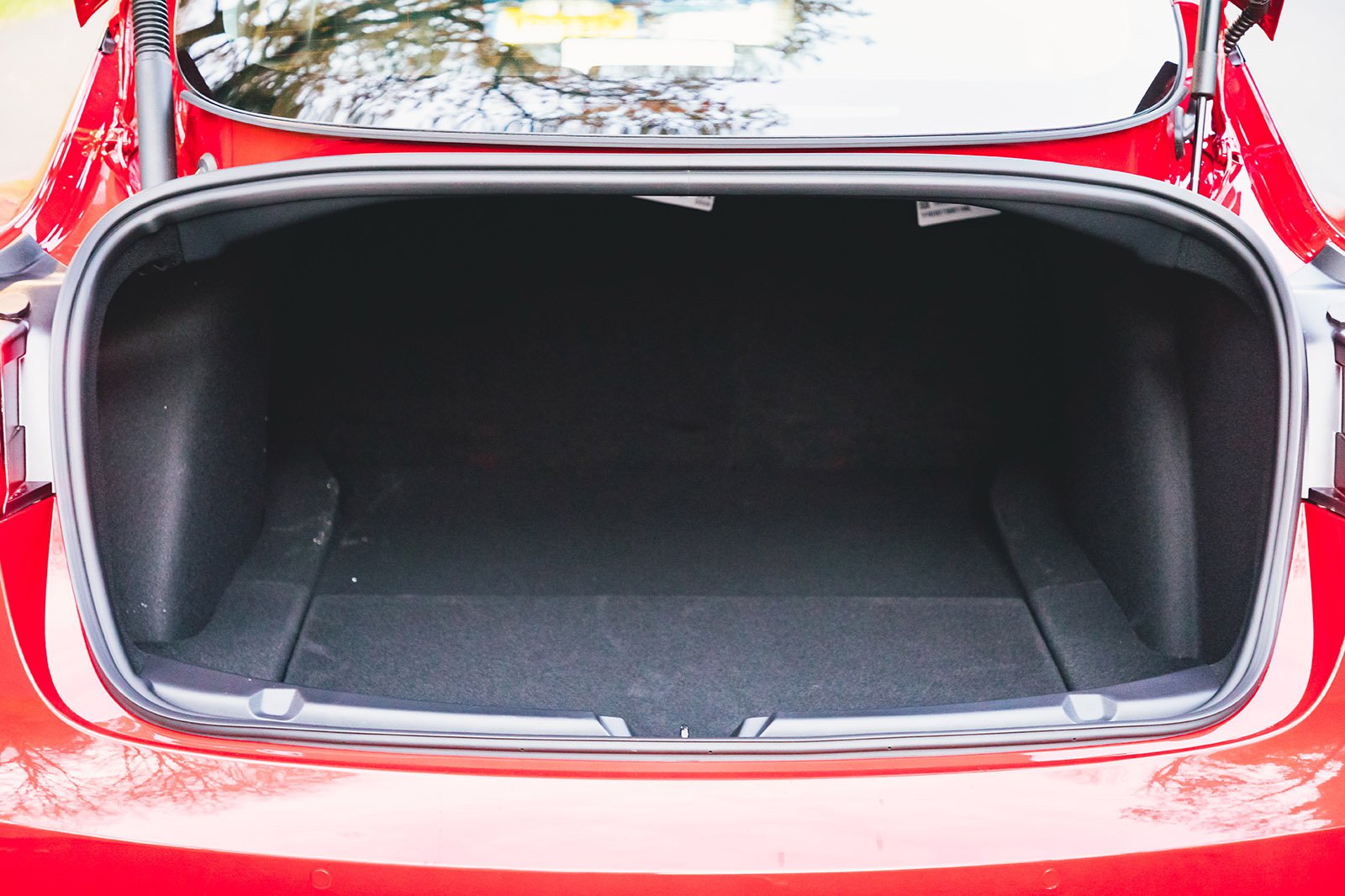 As standard, the Model 3’s rear seatback splits in a 60/40 arrangement and can be folded down when you need to carry long loads. You have to pay extra for this feature on some executive cars, such as the Jaguar XE and Volvo S60, although the BMW 3 Series offers a more flexible 40/20/40 split as standard.

There are no clever features, such as sliding or reclining rear seats in the Model 3, but then there aren’t in its executive car rivals, either.

The Tesla Model 3 is a saloon, so its boot aperture isn’t huge. However, there’s actually more space for luggage than you’ll find in conventional executive rivals, such as the BMW 3 Series and Audi A4, as well as electric alternatives, including the Polestar 2 and Jaguar I-Pace.

That’s thanks partly to a huge well under its main boot floor, but also the extra storage under the bonnet ('frunk' in Tesla speak). In total, we managed to squeeze in an impressive total of 10 carry-on suitcases into the Model 3's two boots. A buggy or a couple of sets of golf clubs won’t prove a problem, either.

All versions have an electric tailgate that can be opened and closed from the touchscreen, from the Tesla app on your phone or by pressing a button on the boot lid itself.

Superb inside, but let down by a lumpy ride and high pric...