The Toyota C-HR is technically an SUV, but don’t expect to feel as though you’re behind the wheel of a Range Rover. Even compared with rivals of a similar size, such as the Nissan Qashqai, you sit quite close to the ground. Whether that's a good thing or not comes down to personal preference.

There are certainly no major ergonomic issues. The seat and steering wheel move freely to adjust for different body shapes, and the seat itself is comfortable, although entry-level Icon models miss out on adjustable lumbar support.

The view out of the front is generally good, although the front pillars get in the way a bit when pulling out of junctions. Put simply, it's altogether easier to see out of the Seat Ateca and Skoda Karoq. 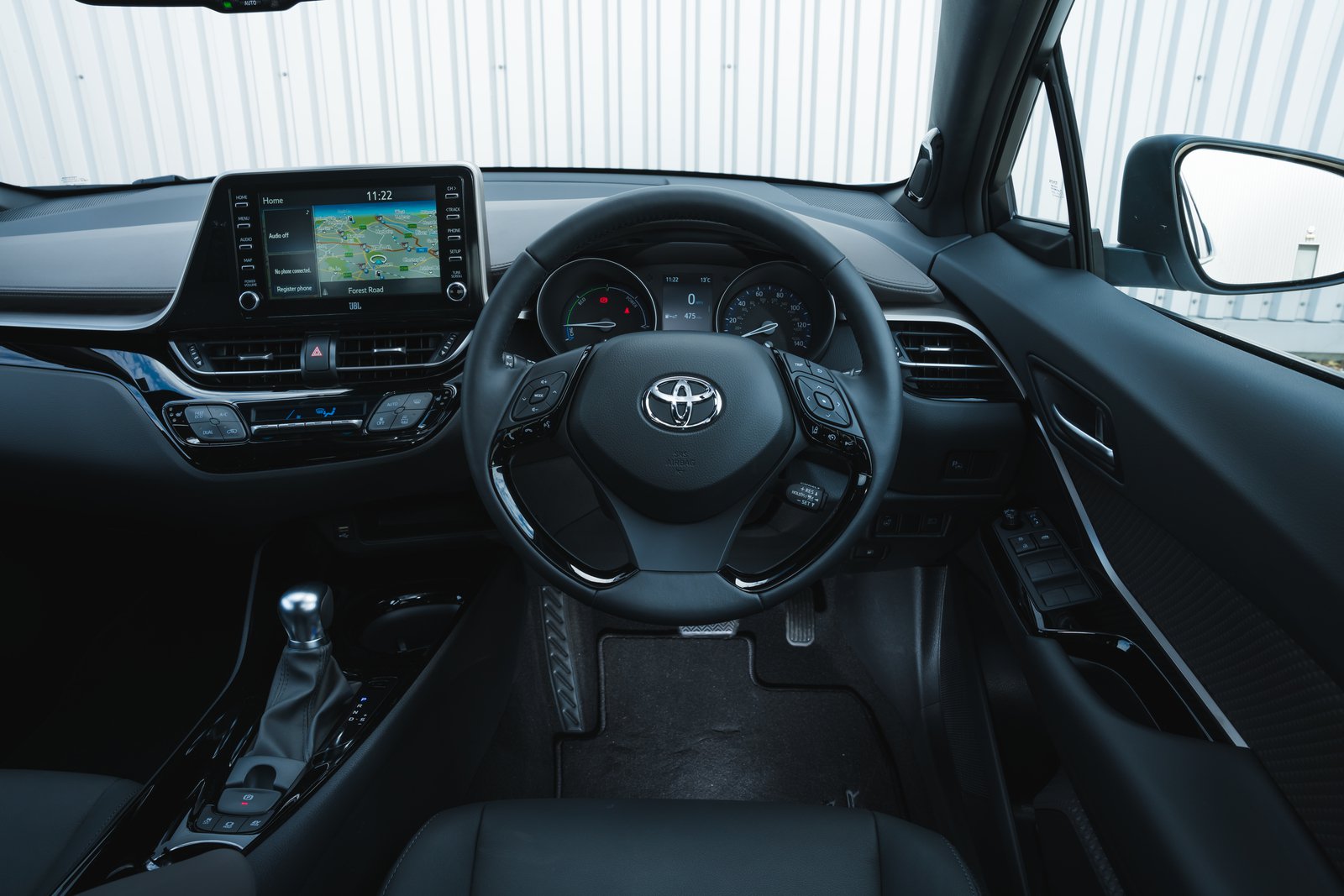 All C-HRs come with Toyota’s Touch 2 system, which uses an 8.0in touchscreen and has Bluetooth phone connectivity and a DAB radio. Upgrade to mid-spec Design trim (or above) and you’ll also get built-in sat-nav that connects to the internet to give live traffic updates and other information.

The screen is positioned high up on the dashboard, making it easy to glance at while driving. Less impressive is the clunky interface. The menus and screen layout just aren’t very user-friendly, although you can now bypass them altogether because Toyota has finally decided to include Apple CarPlay/Android Auto smartphone mirroring as standard.