You won’t have any issues with leg or head room unless you’re really quite tall. There’s some stowage space between the driver and passenger for odds and ends, along with a couple of cupholders (one behind the gearlever and another in front of it).

The door pockets are rather slender, though, so big bottles of water won’t fit, and the glovebox is on the small side too.

Given that the Toyota C-HR is about the same size as the Seat Ateca, you’d imagine that rear space would be similar in both cars. Sadly, that’s not the case. In fact, the C-HR is surprisingly cramped in the back, with rear leg and head room closer to that offered by cars from the class below, such as the Renault Captur.

A couple of children – or even tall teenagers – won’t moan about outright space, but they will feel rather claustrophobic as the tiny rear side windows make you feel a bit like you’re trapped inside a pillar box. Squeezing three in the back is also more difficult than in many of the C-HR’s rivals, including the Ateca. 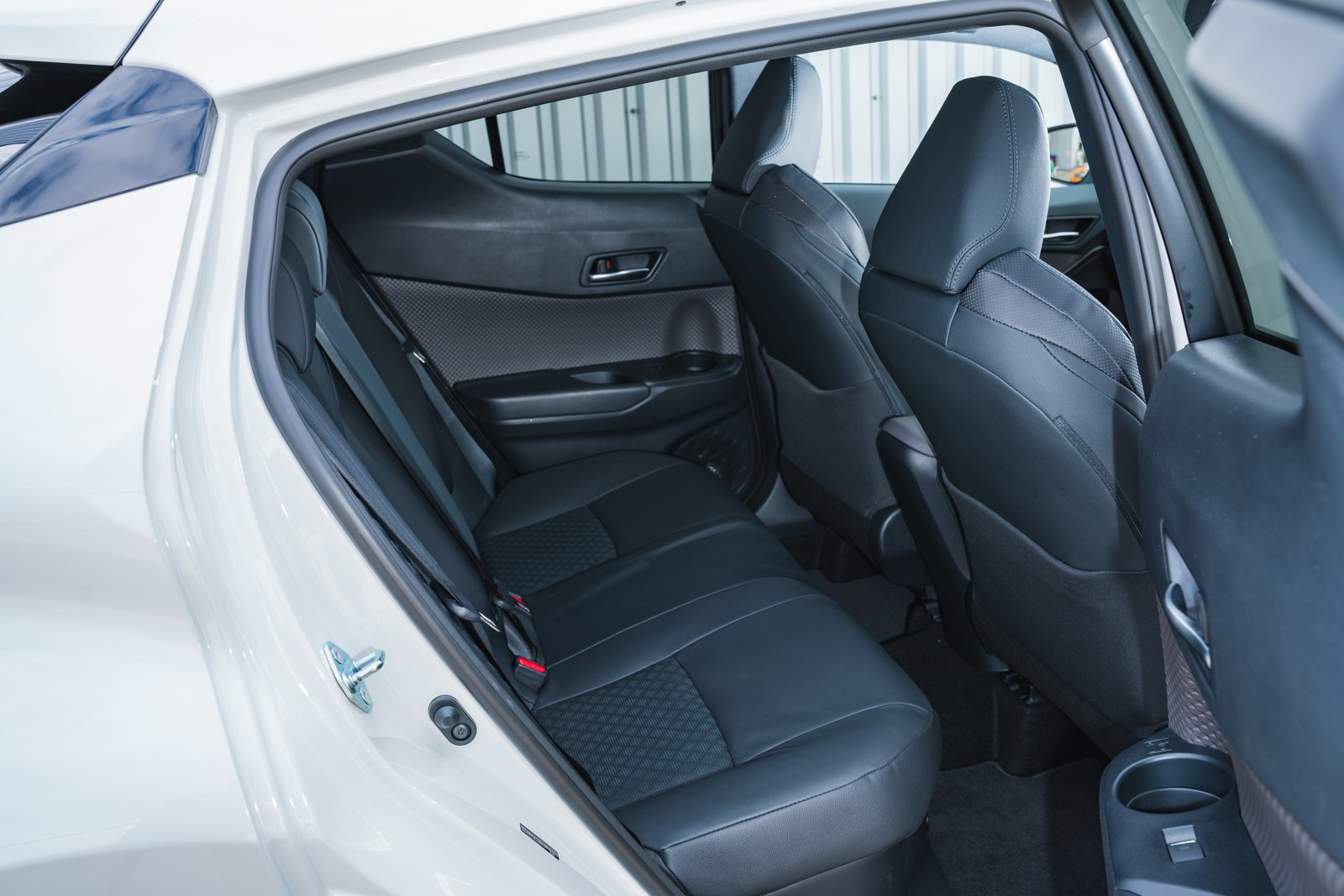 All C-HRs come with 60/40 split-folding rear seats, but that’s about your lot. There’s no option to add more convenient 40/20/40 folding seats, and there are no handles in the boot to fold the seatbacks down (you have to push a button next to the rear headrests, requiring you to walk around to the side of the car).

The C-HR’s rear seats don’t slide or recline, either (as they do in the VW Tiguan) and adjustable lumbar support is available for only the driver, not the front passenger.

Outright boot space is disappointing compared with that of similar-sized, similar-priced rivals, such as the Seat Ateca and Nissan Qashqai, and even the smaller Audi Q2 can carry more luggage. The C-HR’s boot is fairly wide right at the back of the car but tapers towards the rear seats, further compromising practicality.

It’s also a pity that Toyota hasn’t made a bit more effort to make the boot easier to use. For instance, there’s no height-adjustable boot floor, so there’s an annoyingly big lip at the boot entrance and a hefty step in the floor of the extended load bay when the rear seats are folded down.