Thumb the Toyota GR Yaris's starter button and that three-cylinder engine fires into life with surprisingly little drama. In fact, when the engine is cold and you’re simply pootling around town, the GR feels, dare we say it, a little ordinary – as one colleague put it, “aside from its rather firm ride, you could be mistaken for thinking that you’re driving a regular three-cylinder family hatchback”.

However, that feeling doesn’t last very long. Once the engine is up to temperature and you’re on the move, it’s impossible not to be impressed by the GR’s raw pace. Maximum grunt is available from 3,000rpm, but it pulls with real enthusiasm from even lower down in the rev range. In reality, it feels even stronger than the numbers suggest, which left us wondering how much slower it is than a 316bhp Honda Civic Type R.

To find out, we strapped some timing gear on and were left gobsmacked when the GR completed the 0-60mph run in just 4.6sec – a whopping 1.2 seconds quicker than a Type R in the same (albeit damp) conditions.

Of course, all-wheel-drive traction certainly provided a significant advantage, but that’s only one part of a complex puzzle. The GR’s performance is further boosted by tightly stacked gear ratios, an engine that loves to be revved – up to and beyond its 6,500rpm peak power point – and the fact that it weighs around 100kg less than the physically larger Type R.

Granted, the engine itself isn’t particularly sonorous and the Active Noise Control (this pipes the engine note through the speakers) sounds a little artificial, but that doesn’t stop you from rowing up and down the snickety six-speed gearbox just for the sheer fun of it.

But where the GR really stands apart from the current crop of hot hatches is in the corners. As we mentioned earlier, the GR features a clever four-wheel drive system that allows you to choose how the power is split between the front and rear wheels: Normal mode delivers a 60:40 (front/rear) split, Sport 30:70 and Track 50:50. The idea of this is that Normal mode gives you an approachable and predictable driving experience, Sport allows you to emulate your favourite rally hero by sliding the car through the corner, while Track gives you the best balance for quick lap times.

Unlike front-driven hot hatches, such as the Civic Type R, which can at times feel a little one-dimensional, the GR allows you to enjoy every stage of a corner. It’s not just about carrying speed in and managing power on the way out; you can chuck the GR into corners as hard as you like and as soon as you get on the power, you’ll feel it hook up and slingshot you out of the bend. It’s a wonderfully addictive sensation and gives you the confidence to explore the car's limits in a way you might not in a larger, more intimidating hot hatch.

The optional Circuit Pack goes even further, bringing stiffer springs, dampers and anti-roll bars, as well as lightweight forged 18in alloy wheels, Michelin Pilot Sport 4S tyres and Torsen limited-slip differentials front and rear. With this pack fitted, the way the GR conducts itself on challenging, undulating country roads is utterly beguiling, especially in Sport mode. It’s even keener to change direction while the clever diffs boost traction and agility even further. If you’re buying the GR to drive hard, the Circuit Pack is a must.

Despite the firm springing, especially with the Circuit Pack fitted, the GR never seems to lose composure over scrabbly country roads. It simply soaks up lumps and bumps without breaking a sweat, allowing you to carry indecent speed regardless of the surface ahead of you. And while the steering doesn’t quite bubble with feedback in the same way as a Type R’s does, it’s at least reassuringly linear in its action and well-weighted. 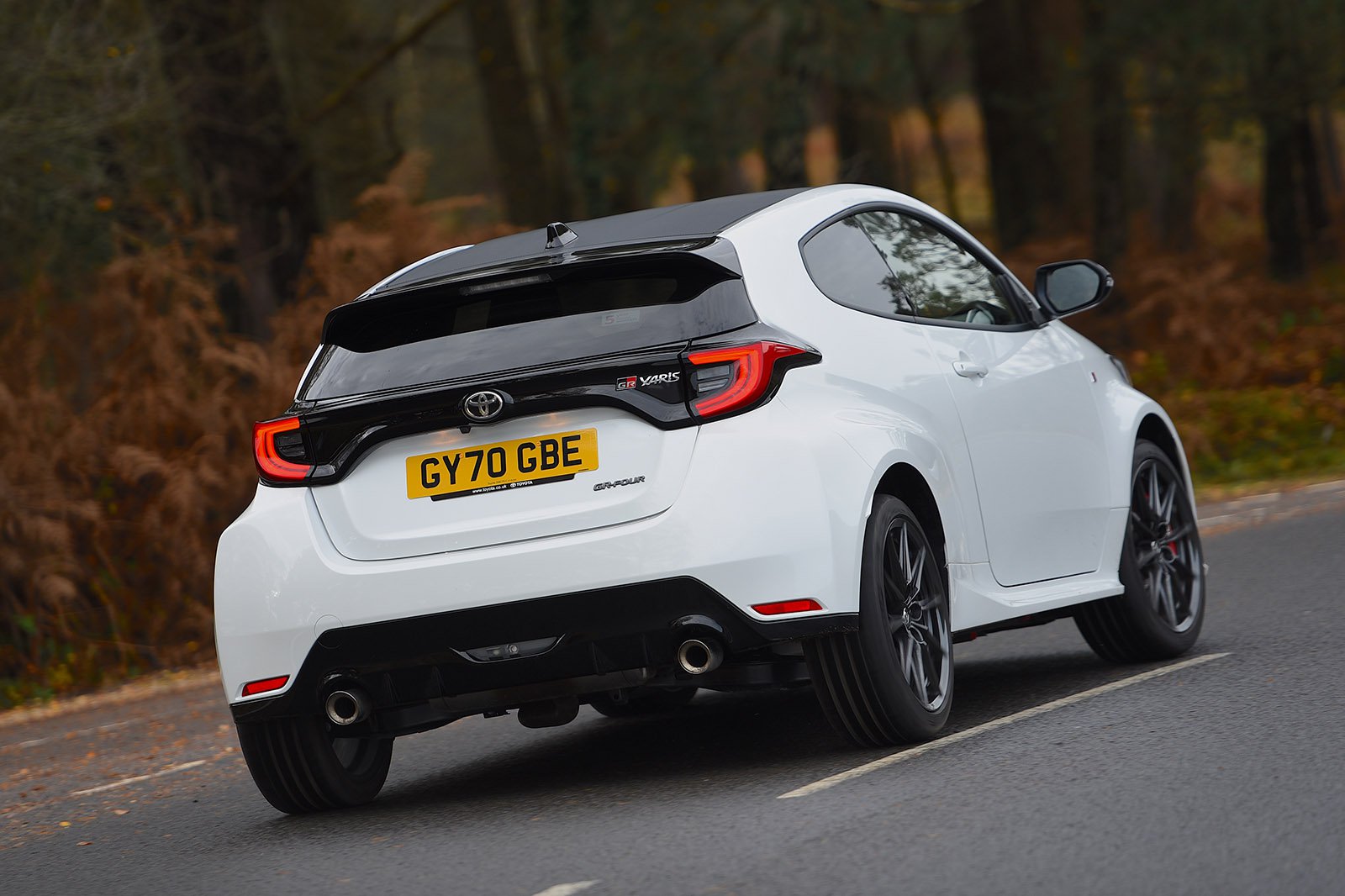