The latest V60 is available exclusively with 2.0-litre, four-cylinder engines. Don’t think that means a lack of choice, though, because there are many power variations. The petrols and diesel are mild hybrids, which enhances efficiency, while the plug-in hybrids offer sustained electric-only running.

Let’s begin with the diesel. It has 194bhp and is called the B4 (D). It’s a torquey engine, so it’s able to pull a trailer without too much effort, but it doesn’t feel quite as nippy as the equivalent Audi A4 Avant 40 TDI or Mercedes C220d Estate, even though its claimed 0-62mph time (7.9sec) is competitive. It’s still a good option, though.

If you don’t want a diesel then the 161bhp B3 (P) can hit 0-62mph in 9.1sec. That makes it lively if you're prepared to wind it up but it's also fairly flexible for everyday driving. If you can, though, spend a bit more on the 194bhp B4 (P), which is our pick of the range. It knocks a second off the B3’s 0-62mph time, it’s more energetic at motorway speeds and, having a bit more oomph, it suits a car designed to carry people plus luggage.

The 247bhp B5 (P) and 296bhp B6 (P) are much quicker and are available with four-wheel drive (it's standard on the latter), but unless you have the need for speed or the added traction on greasy roads, they're nice rather than necessary.

If you fancy a plug-in hybrid, the Recharge T6 is a good bet. It has the 247bhp petrol engine plus 86bhp extra from an electric motor driving the rear wheels (so it’s also four-wheel drive). The 0-62mph time is a claimed 5.4sec, but while it doesn’t feel as rapid as you might expect (partly because the eight-speed automatic gearbox takes time to react, as with all V60s), it’s officially faster than the BMW 330e Touring.

Naturally, the T6 is quite a bit slower running in electric mode but will accelerate to 70mph. Reckon on 20-25 miles of electric range in the real world but the official range is 34 miles. That's not far behind the 330e (37 miles) but a fair amount shy of the Skoda Octavia iV Estate (41 miles). That affects the percentage of benefit-in-kind (BIK) tax you'll pay, which you can read more about in the Costs section. There’s a more powerful Polestar Engineered Recharge T8 model that accelerates to 62mph in 4.4sec, but it’s expensive.

The V60 isn’t as agile as the 3 Series, and the plug-in Recharge T6 has weighty batteries that make it feel even less eager to tuck in to corners or change direction. Still, if you’re after something that steers predictably, grips well and feels safe and secure on motorways and A-roads, then the V60 is perfectly fine. It's easy to drive, rather like the Audi A4 Avant.

The performance-oriented T8 we mentioned has a completely different suspension set-up, with expensive Ohlins adjustable dampers. They add more composure down country roads, but if you’re after a performance estate we’d suggest there’s more fun to be had behind the wheel of the excellent BMW M340i xDrive Touring.

The Polestar model is quite firm but even the regular V60s aren't as comfortable as the A4 Avant, which is one of the most supple estate cars in the class if you spec it wisely. The V60 isn’t too far behind, though, with good long-distance comfort on motorways but a bit more niggle and jiggle over potholes and ridges. Even the sportier R-Design trim is fine, and more comfortable than the M Sport versions of the 3 Series. The heavier T6 is less settled at speed but still no boneshaker.

Nothing at this price range can match the A4 Avant’s near-silent progress. The V60’s engines, diesel or petrol, are just that bit noisier, there’s a little more rumble from its tyres at 70mph and more squally wind noise from its door mirrors. Is it noisy enough to irritate you? No, not at all, and no worse than a Mercedes C-Class Estate. 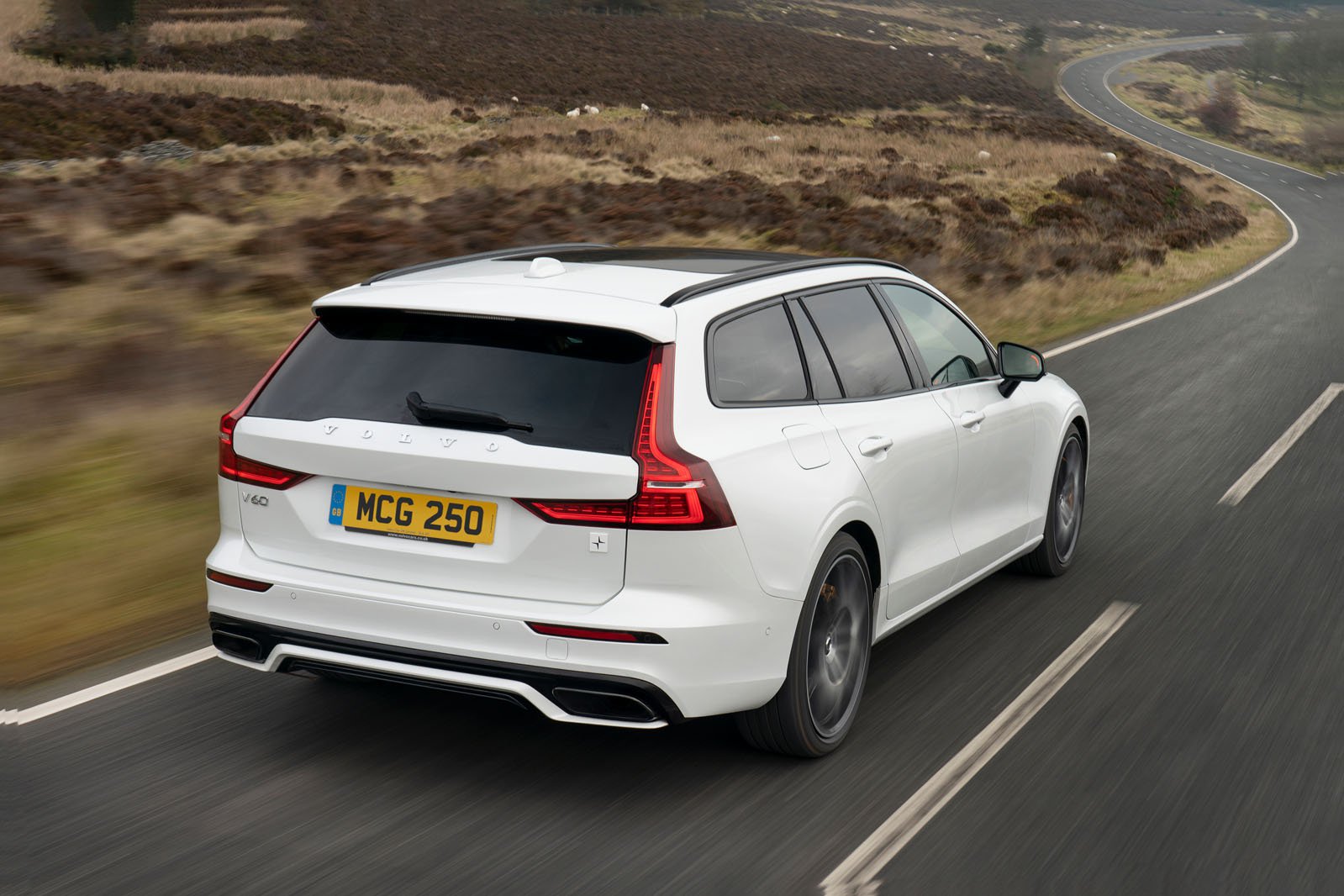